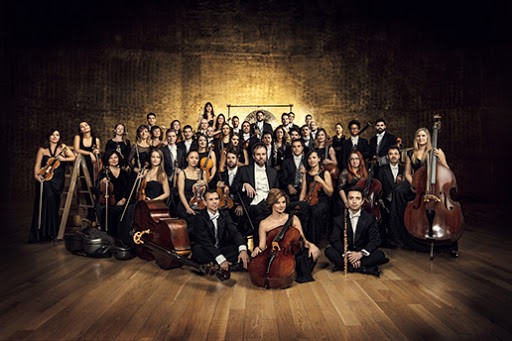 The ADDASimfònica orchestra will offer its first international concert in Berlin next Thursday, May 19, where it will perform in the Funkhaus hall, one of the most renowned in the German capital. Under the direction of Josep Vicent, the European program begins with the participation of more than 70 musicians from the group from Alicante.

The Vice President and Deputy for Culture, Julia Parra, stated that “it is a great opportunity for ADDASimfònica to perform on such an important stage as Berlin and a first step on the road to its internationalization that we want to continue next season, also guaranteeing a rich quality programming in our province in which we are already working”.

The head of Culture has highlighted “the prestige of the orchestra, increasingly recognized even on European stages, demonstrates the great artistic work that is being carried out and the repercussion that collaborations as significant as the one that has begun with the Warner record company have for record three albums.

For his part, Josep Vicent confirmed that there are more and more requests for collaboration in other cities in Spain and Europe. “We are very excited that our international tour begins in Berlin next week in one of the most exceptional recording complexes, the product of an unprecedented joint effort by architects and acousticians to create a world-class broadcast campus”, he explained. .

For this musical-social event in the German capital, ADDASimfònica will perform the Fanfare for a Common Man by Aaron Copland, Guillermo Tell by Rossini, the Allegretto from the Seventh Symphony by Ludwig van Beethoven and the Suite from the ballet Romeo and Juliet by Sergei Prokofiev. Participation will take place within the framework of the creation of a platform for exchange between international social actors in defense of peace and world harmony.

Concerts in Ávila and Valladolid

On the other hand, this year the Alicante orchestra will perform different concerts in Spanish cities such as Ávila, in the Lienzo Norte auditorium, where today they will offer the program “From Cinecittà to Hollywood” within a great music and film gala, with the orchestra director guest Carlo Ponti Jr. paying a heartfelt tribute to his mother, the legendary actress Sofía Loren. The program includes the soundtracks of Italian composers who have triumphed in Hollywood -Ennio Morricone, Nino Rota, Nicola Piovani and Armando Trovaioli -with well-known themes from films such as The Godfather, Cinema Paradiso, La Dolce Vita, Amarcord, Life is Beautiful or Dos Women, the film with which Sofía Loren won the Oscar, and which was produced by her husband Carlo Ponti.

This same concert will take place tomorrow at the Miguel Delibes auditorium in Valladolid, thus continuing its tour of different Spanish stages, as it began last season with successful concerts in Madrid, Santander, Polleça, Palau de Les Arts or the Castellón Auditorium.