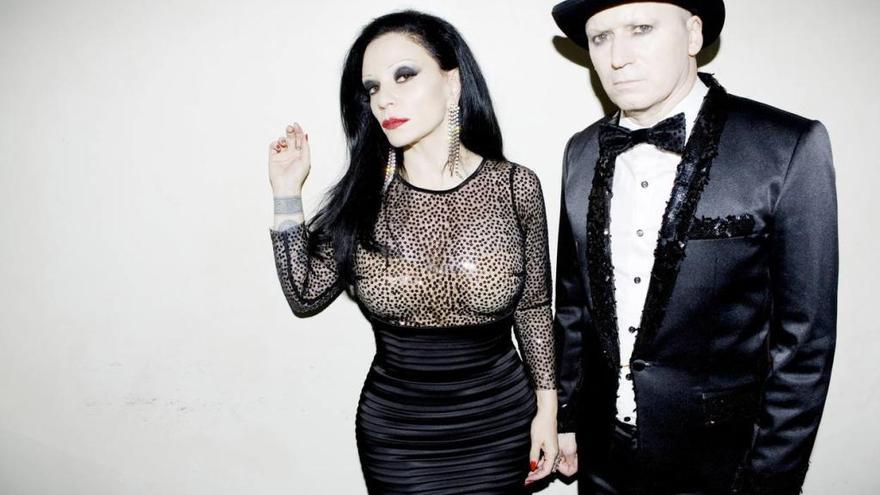 A “time tunnel” to the Middle Ages, the Hermosa Fest and other concerts, as well as rice routes in Calasparra are some of thes activities scheduled this weekend in the Murcian community.

Below are some ideas of what to do in Murcia this Friday, Saturday and Sunday.

A “time tunnel” to the time of the Wolf King

The Murcian district of Monteagudo celebrates from this Friday the 14th to Sunday the 16th of October next its medieval days “Frontier of Kingdoms” that this year intend to be a “time tunnel” to the time of Ibn Mardanis, the Wolf King.

This is the fifth edition of these conferences, whose main event is a large market set in the medieval Murcia of the Wolf King and the infant Alfonso de Castilla and through which it is expected that some 50,000 persons throughout the three days of celebration.

In that great market that will be installed in the fortified complex of the district, they are going to celebrate numerous activities for all audiences to publicize the splendor of the regional capital during the Middle Ages. So there will be craft demonstrations and displays, a farm, and falconrynumerous representations of traditional trades, and gastronomy stalls, which will set Monteagudo as an authentic medieval town.

There will also be dramatized performances, children’s workshops, musical performances and exhibitions. The event will start and end with the transfer of the “sacred flame”, guarded by the “Sibyls of Fire”, a symbolic act that has already become a tradition in this program that seeks to extol Murcia’s rich medieval past.

Calasparra Town Hall has prepared a rice route for this weekend and another for the following. This Sunday, October 16, the Route `Soto de la Boquera´ (LA SIEGA).

It is about a walk through ecotourism trails between incredible landscapes of the Vega, a morning appointment to witness the traditional Calasparra rice harvest in the middle of autumn.

Concerts this weekend in Murcia

If you like to enjoy live music, another option is to attend some of the concerts that are scheduled for this weekend.

Among the highlights, Cartagena opens this weekend a new music festival, the Hermosa Fest. The event, which will take place in the Trips Summer Club room in La Manga, will feature performances by Fangoria, Supremme De Luxe, Samantha Hudson, La Prohibida or Natalia Lacunza, among other artists.

The full subscription It costs 80 euros and the entry for Friday and Saturday, on the other hand, it costs 42 euros each day. They can be purchased on their website: www.hermosafest.com

Other concerts in Murcia

Exhibition on mathematics at the Museum of Science and Water EP,

The kinder side of mathematics at the Science Museum

The Museum of Science and Water of Murcia hosts until next January a exhibition on the softer side of mathematics that includes workshops and interactive games to make known, especially to children, the funniest and most surprising characteristics of numbers. The exhibition is titled “The Fibonacci Snail”referring to the sequence of natural numbers created by the 13th-century mathematician Leonardo of Pisa and used in numerous mathematical, computer and biological theories.

It is a visual and intuitive display which tries to answer various questions about everyday issues, from how the letter of the DNI is calculated to what is the real shape of a soccer ball. To do this, it starts from everyday images in which, intuitively and with minimal information, we come to recognize its mathematical basis.

Account for this with interactive modules and mathematical game tables for all ages, in addition to 12 large panels whose contents teach how to relate how mathematics is found in the most common aspects of our lives.

At the end of the tour, visitors can participate in the workshop “Playing with mathematics as a family”, which has twenty different games related to topology activities, geometry, polyhedrons, mosaics, probability and strategy games. The exhibition also offers other resources especially geared towards collaborative work with schools, such as the Sierpinski Pyramid, the Vitruvian Man, “Examples in Nature”, “Helix” and “Abacus”.

The Regional Confederation of Business Organizations of Cartagena (COEC), through its Fuente Álamo delegation, has organized the 1st Trades and Traditions Fair that takes place in Villa de Fuente Álamo from October 12 to 16, both inclusive.

Similarly, the Fair’s program highlights the celebration, every day from 1:00 p.m., of the traditional appetizer in the exhibition area.

This 1st Trades and Traditions Fair is located in the ‘El Serre Antiguo’ car park, on Calle del Cura, with free admission, and will feature around twenty exhibitors dedicated to La Matanza, Bullfighting, Forge, Blacksmithing, Saddlers Leather, Esparto and derivatives, Ceramics and pottery, Commerce and Agriculture among others. In addition, COEC will be present throughout the show with its own stand.

A trip to the Middle Ages, concerts and rice routes: these and other plans for the weekend in the Region