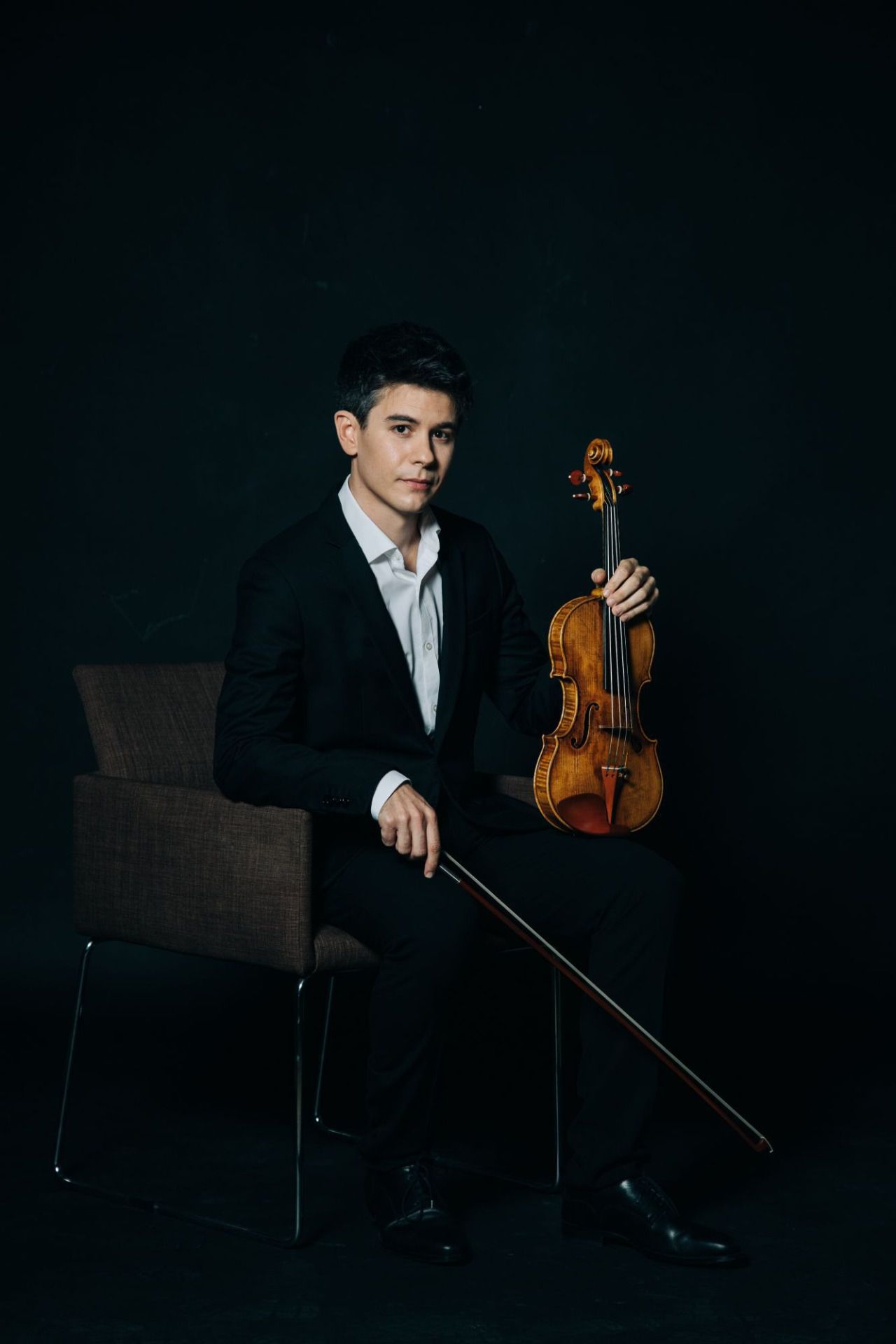 On September 15, the Talavera violinist Alfredo Ancillo will travel to New York with his classmates Madrid Symphony Orchestratitular orchestra of the Teatro Real.

Alfredo Ancillo has been collaborating with the orchestra since 2019 and next Thursday he will perform a concert at carnegie hall —Stern Auditorium/Perelman Stage—, the most important concert hall in the world.

The performance of the Teatro Real at Carnegie Hall is part of the National Hispanic Heritage Month in the United States and the 40th Anniversary of the Twinning of Madrid and New York, highlighting the potential of music, art and culture for the visibility and promotion of Spain in the United States.

It will be the first time, since its inauguration in the 19th century, that the Royal Theater of Madrid will take its orchestra to America, returning, with this transatlantic trip, to its international tours interrupted during the pandemic. The concert will also be attended by personalities such as the current mayor of Madrid and the Queen Sofia.

The Talavera violinist has been awarded in contests such as the Chords Caja-Madrid Contest, Hazen Contest, I Algezares Violin Contest and the L’Alfaz d’l Pi International Interpreters Contest.

He has performed as a soloist at the opening of the VII Festival Noches en el Real Sitio, with the CSKG Chamber Orchestra, conducted by Borja Quintas, also at the Gayarre Hall of the Teatro Real in Madrid under the baton of J. Ulises Illán, and at the Círculo de Bellas Artes of Madrid, interpreting the Four Seasons of Vivaldi.

He regularly collaborates in orchestras like the Madrid Symphony Orchestra (OSM – Teatro Real), and has also collaborated with the National Orchestra of Spain (ONE), the Santa Cecilia Classical Orchestra (of which he has occasionally been concertmaster), the Community of Madrid Orchestra (ORCAM), National Symphony Orchestra of Colombia, Forma Antiqva, among others, with directors such as David Afkham, Nicola Luissotti, Ivor Bolton, Guy Braunstein, Daniel Ettinger, Heras-Casado and Juanjo Mena. He has played in cycles such as Ibermúsica and in festivals such as the Zurich International Orchestra Series (London), Castell de Peralada Festival, Festival delle Nazioni (Perugia), in the main halls of the country, as well as tours of Europe and Latin America.

Passionate about chamber music, form the Matrice Quartet in 2016. Selected for MusaE 2017, a program promoted by the MEDC, it led them to perform at the Sorolla Museum, where they later held a series of concerts sponsored by CNP Partners. They have performed at festivals such as RESIS, Clásicos en Verano de la Comunidad de Madrid, San Isidro, and have also performed in other cities such as Barcelona, ​​Seville, A Coruña and Bilbao. They have received training and advice from Igor Sulyga, violist of the Kopelman Quartet.

It is collaborator also in other formations such as Garaíz Ensemble and Ensemble Bayona, a group specialized in contemporary music, recently awarded the Dwight and Ursula Mamlok Prize 2020 (Berlin).

What quartetist He has also played in venues such as the National Music Auditorium in Madrid, Zaragoza Auditorium, Massimo Bellini Theater (Sicily), Madrid Fine Arts Circle, La Moncloa Palace and within the framework of the Granada International Music and Dance Festival.

Received your first classes of violin by Daniel Jiménez, and then he trained with JC Martín at the Prof. Arturo Soria Conservatory in Madrid, Ema Alexeeva, M. de Juan, and with Zohrab Tadevosyan at the Katarina Gurska Superior Center in Madrid (CSKG). She has also received master classes by Krysztof Wegrzyn, Ulf Hoelscher, Ivan Zenaty, Gordan Nikolic, Fabio Bidini, and the Quiroga Quartet.

Has made recordings for RTVE, Radio3, and Numen Live. It is professor at the Montalegre Junior Music Festival, Portugal. He plays on a 2021 Yair Hod Fainas violin.

A talaverano crosses the pond: he will give a concert at the most important theater in New York


Our social media profiles here and other related pages herehttps://kjovi.com/related-pages/