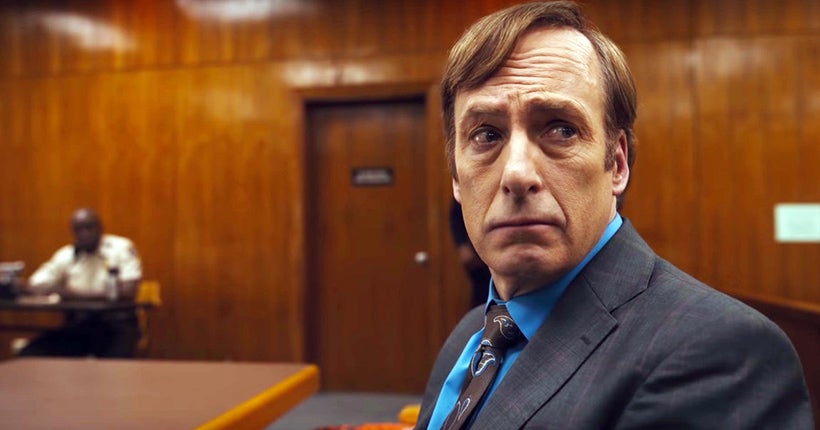 Once is not custom, Better Call Saul came back empty-handed from the last Golden Globes ceremony. The series which, for seven years, has achieved the incredible feat of rivaling, if not surpassing, the series from which it is derived, breaking Bad, has once again returned with its hands in its pockets, letting a new handful of nominations fly away in the wind. Since the creation of the series by Vince Gilligan and Peter Gould, 46 nominations for the Emmy Awards and six others for the Golden Globes have passed under his nose. An injustice, it must be said, which does not pass and that I intend to denounce today.

The multiple performances of Bob Odenkirk

To start, let’s talk about the performance of Bob Odenkirk, main character and mainstay of the program. In five seasons, his game was unanimous and the entire press agreed that he had managed to raise Better Call Saul to the rank of a legendary series. If it were only that: throughout the series, and more during the last season of the latter, Bob Odenkirk has achieved the feat of embodying three characters simultaneously, always with the same accuracy, the same vulnerability and an admirable nuance: Jimmy McGill, Saul Goodman and Gene Takovic.

The sacred role of Kim Wexler

If we can salute the performance of Bob Odenkirk just like that of the multitude of other actors who have illuminated the series (Michael McKean, Tony Dalton, Giancarlo Esposito, Jonathan Banks, Michael Mando…), how not to mention that of the character who gives him the replica, Kim Wexler, played by Rhea Seehorn? How not to salute the way in which she has been able to transform her character over the seasons, to highlight the roughness and flaws of Jimmy McGill? How not to salute the way in which she managed to build one of the most touching love stories in the history of contemporary series? For some mediathe absence of a reward for Bob Odenkirk or Rhea Seehorn would be due to little: “Voters are more interested in what’s popular and fresh, like Squid Game or Zendaya. While Odenkirk and Seehorn, who are stars in their own right, are also more elusive celebrities. They’re loved, but they’re not flashy and they don’t fit into Hollywood’s inner circle. In fact, they are normal people acting.”

Let’s be honest and cut it short: the final season of Better Call Saul is one of the most beautiful creations in television and series history. If the previous seasons should sincerely have been entitled to some distinctions, the one that has just ended – with the outcome that we know – has completed registering this program in the pantheon of series that count. And what about the final episode, a marvel of drama, poetry and melancholy, sealing the fate of its characters in one of television’s most perilous exercises: succeeding in proposing a closure that will satisfy all viewers.

The curse of spin-offs?

This is one of the theories series fans like to bring up every time Better Call Saul fails to get the reward it deserves: what if the series suffers from its spin-off status? What if voters were more inclined to hail series that are new, creative and therefore more surprising in their plot and storytelling – Euphoria, Squid Game, etc. ? One could subscribe to this theory in view of the recent disappointments which deprived Better Call Saul reward, but it must be nuanced. However, it comes up against the recent winners of the Golden Globes which crowned House of the Dragon Best Drama Series, a spin-off series from… Game Of Thrones.

But deep down there is something romantic about this curse. An almost poetic injustice, like an eternal loser Jimmy McGill who, despite his immense heart, will never really be able to extricate himself from his destiny.

52 nominations, 0 rewards: why Better Call Saul deserved much better than that


Check out our social media profiles , as well as the other related pageshttps://kjovi.com/related-pages/