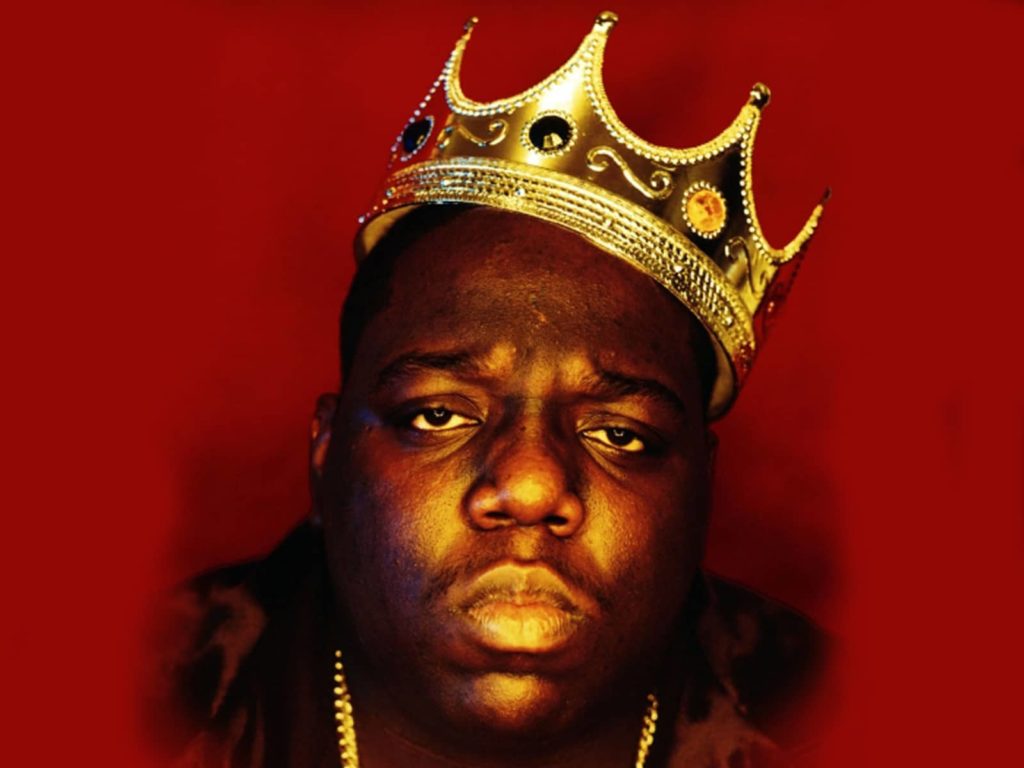 On March 9, 1997, rap lost a true legend. The Notorious BIG was murdered at the age of 24 in Los Angeles and left in his wake an indelible mark of his passage in the history of hip-hop.
So, on the occasion of the 24th anniversary of his tragic death, discover 5 interesting facts to know about the man nicknamed “Big Poppa”.

The assassinations of Biggie and Tupac are certainly among the most significant events in the history of hip-hop. Two legends gone far too soon and whose murders have not yet been elucidated.
Still, Notorious BIG’s assassination shouldn’t have happened.

Indeed, on March 8, 1997, the day before his death, the New York rapper was to take the plane to go to London but called P. Diddy to explain to him that he did not want to go there and preferred to stay party in LA He also wanted to be present on March 9 at the Soul Train Music Awards where he was to present a prize. A decision he will bitterly regret…

After the ceremony, at 12:30 a.m., Biggie gets in his car to go to the afterparty, and you know the rest of the story…
Several relatives of his had however warned him of possible reprisals after the death of Tupac six months earlier and the strong tensions that there were at the time between the west coast and the east coast.

Christopher Wallace of his real name, has known many stage names during his career, each as charismatic as the other.
During his first freestyles in the streets of Brooklyn, he called himself MC Quest. An alias quickly abandoned when he left prison in 1992 to replace it with Biggie Smallsinspired by the name of the character played by the actor Calvin Lockhart in the movie “Let’s Do It Again” released in 1975.

Some time later, Wallace will have to part with this pseudonym following the lawsuits of Calvin Lockhart himself who had protected this name.
He explained during an interview that no one should call him Biggie or Biggie Smalls anymore to avoid any problems and that he should now be called by the name “The Notorious BIG” or simply “BIG” or “Big Poppa“.

Later in his career, BIG liked to be nicknamed “Frank White” in honor of the movie gangster played by Christopher Walken in the cult film “King of New York“.

Three days before his assassination, Biggie had posed for a magazine wearing a gold crown to represent his status as “King of New York“. A photo of the rapper that has become cult.
The object had remained in the possession of the photographer of this famous photo, Barron Claiborneuntil 2020 when the crown was finally put up for auction.
A simple plastic crown but holding a very strong historical symbol for hip-hop lovers.

Thus, the crown, which was sold with three prints of the photo of Biggie become legendary and used for the front page of the magazine Rap Pages from the era was originally expected to sell for around $300,000 at an auction themed around hip-hop and its history.

Eventually, the crown sold for double its estimate, at the exact price of $594,750.
” I think this crown is one of the most recognizable symbols of hip-hop and even 20th century culture. The whole world recognizes it. You can see it on T-shirts, mugs, even candles. It is enormous “, confided Cassandra Hatton, vice-president of the company Sotheby’sorganizer of this auction.

Biggie was walking with a cane following a car accident

We were talking just above Biggie’s famous crown. But, his cane has also become over time one of the rapper’s iconic symbols. During the last months of his life, he never went out without his cane. Many thought it was for style, for looks, or that his obesity forced him to use a cane to get around.

Yet none of these speculations turn out to be true. The fact is that one day when he was driving with his friend Lil Ceasethe two rappers had a serious car accident that required Biggie to move around with a cane.

He also recorded the vast majority of his album “Life After Death” sitting behind a microphone.

Michael Jackson and Notorious BIG have collaborated together before

The two music legends have collaborated together before and Biggie is one of the only rappers to have appeared on an MJ track.
It was in 1995, michael jackson asked BIG to drop a verse on one of their tracks, “This Time Around“, present on the album “HIStory: Past, Present and Future, Book I”, the ninth opus of the king of pop.

In 2001, when Biggie died, Michael Jackson decided to reuse one of his verses to integrate it into his song “Unbreakable”, taken from the “Invincible” project.

Do you want to learn more about this hip-hop legend and discover some little-known facts? Many documentaries, books and films have emerged since his death. The latest is the documentary “I Got A Story To Tell” on Netflix.

5 things to know about The Notorious BIG | Hip Hop Corner: French rap, US and culture news