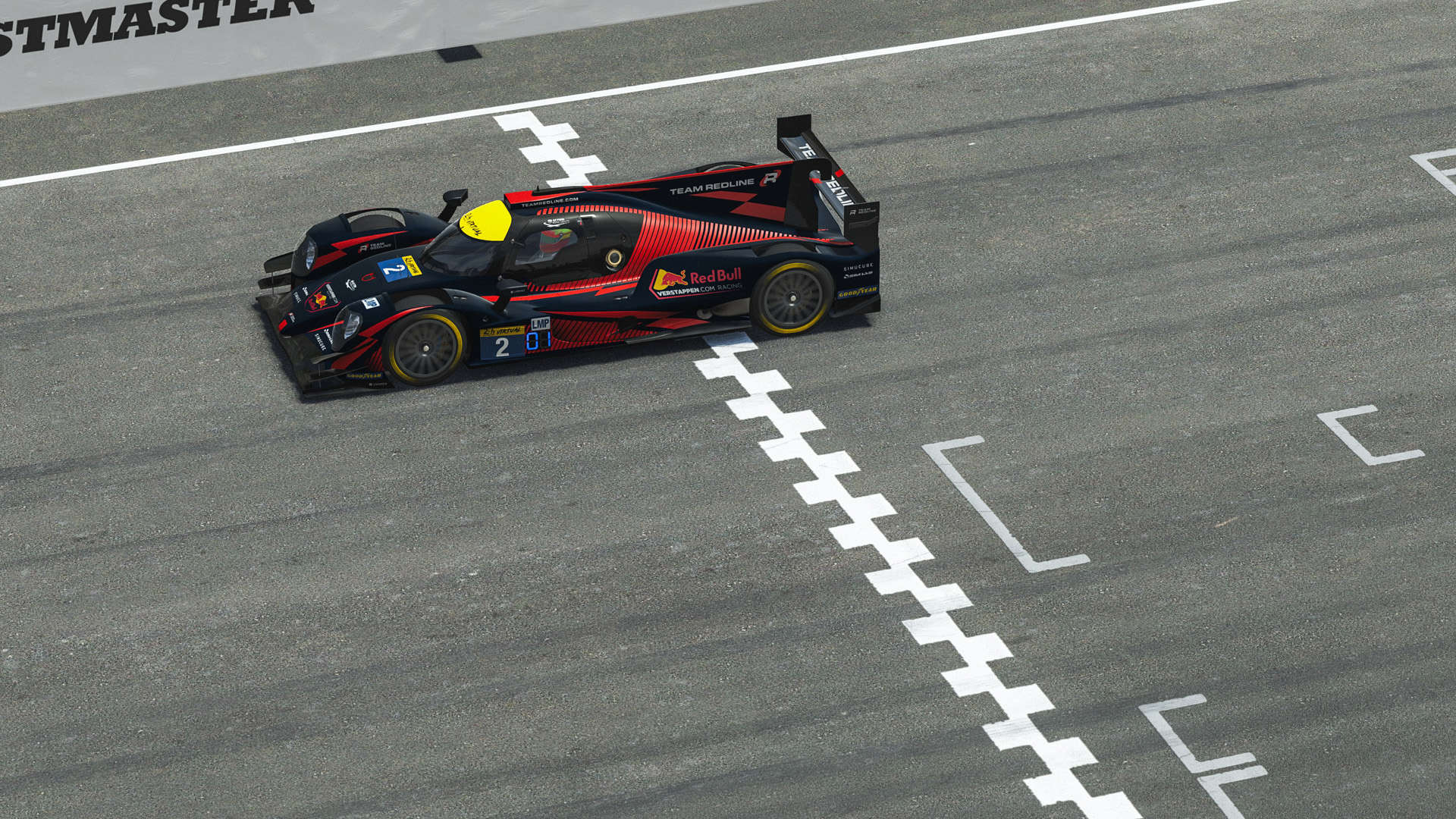 At the start, Max Verstappen took the lead, overtaking Laurin Heinrich (Porsche Coanda n°20), who started from pole position. But the Team Redline boss-driver was temporarily held back at the pit exit at the end of the first stint which, combined with a different strategy, allowed Porsche to take over the reins.

In GTE, Formula 3 driver Alexander Smolyar led the way after the excellent lap completed in qualifying by his team-mate Erhan Jajovski, at the wheel of Ferrari n°888 of R8G, Romain Grosjean’s team. He held on and emerged victorious from the duel opposing him to Lasse Sørensen (Marco’s brother), engaged in the Aston Martin of Prodrive FYRA Esport.

But after 90 minutes of racing, the two cars were disconnected. Reconnected afterwards, they recovered the lost laps well, but still fell in the standings. This allowed Porsche Coanda and its 911 GTEs to take first and second place (and therefore lead both categories) after two hours. But while being under pressure from Ibrahim Khan of BS+Competition.

In LMP, the duel was then in full swing between Verstappen and James Baldwin of AMG Team Petronas Esports, seventh on the grid, who was not expected to fight with the double Dutch F1 world champion. This is one of the charms of this ordeal…

After three hours, the #20 Porsche was still in the lead ahead of the #1 Redline now driven by current GB3 champion Luke Browning and the AMG Petronas line-up then led by Graham Carroll.

On the restart, the triple WTCC world champion Andy Priaulx was pushed into the grass at Arnage. His return to the track resulted in a pile-up involving seven LMPs. After a hit, Liam de Waal (GR Esports) crashed into the two Vanwall-Burst cars. Impossible for Rory MacDuff (Alpine) to avoid them.

But shortly after, a second red flag was waved, to allow the organizers to modify the settings before restarting the event. From there, it went without further interruption.

In the early morning, Mitchell deJong was still leading on the n°20. But the latter was under pressure from defending champion Jeffrey Rietveld (#1), Luke Browning (#2) and Diogo Pinto (Team Fordzilla).

It was then the turn of Ayhancan Güven (Porsche / n°20) to fight with Rietveld, and this for several stints, the Turk proving that he had nothing to envy to the best sim racers on the planet. Everything came to a head when Güven received a penalty following several reprimands. He dropped to eighth place, but managed to quickly climb back up to fourth.

As misfortune never comes alone, Porsche Coanda also saw its two GTEs, then in the first and second rows, affected by bad luck. The n°88 hit the wall at Arnage, while the n°77 dominated before Charlie Collins suffered a faulty steering wheel which sent him violently into the rails and forced him to retire.

Enough to propel Khan to the top of the category on the BMW he shared with Bruno Spengler, Phillippe Denes and Alen Terzic. But would the Bavarian be able to resist the Ferrari n°888 of R8G?

At Peugeot, precious time was lost during the night after an internet outage in its stronghold, in Versailles. But also following contact with the BMW MAHLE n°10 of Beitske Visser, Jimmy Broadbent, Michele D’Alessandro and Muhammed Patel.

At sunrise, Redline was therefore firmly installed in the first and second positions, the n°1 in front of the n°2, while the Ferrari R8G GTE overtook the BMW of BS+ in GTE.

But, disconnections then came to disrupt the debates. The victims: the Porsche Coandas n°20 and n°23, the Fordzilla n°966, as well as the BMW Team Redline GTE n°71. But all these cars were put back in the relevant laps, which allowed them to continue to fight for the podium. And this with the exception of Fordzilla, who blew up the engine of his car.

The #1 Redline, the race leader, joined him on the retirement list soon after. After a disconnect while Verstappen was behind the wheel, the team decided to retire as they had not been put back into the leader lap. The reason: less than three cars having been disconnected at that time, they did not benefit from this scheme, as stipulated in the sporting regulations. Enough to anger the Dutchman, who publicly railed against the organization live on social networks.

Meanwhile, the other Redline car continued to distance itself in LMP, as did R8G’s Ferrari in GTE.

The Redline team finally clinched its second victory in a row at the 24 Hours of Le Mans Virtual, pocketing the sum of $125,000, while R8G Esports swept the bet in GTE.