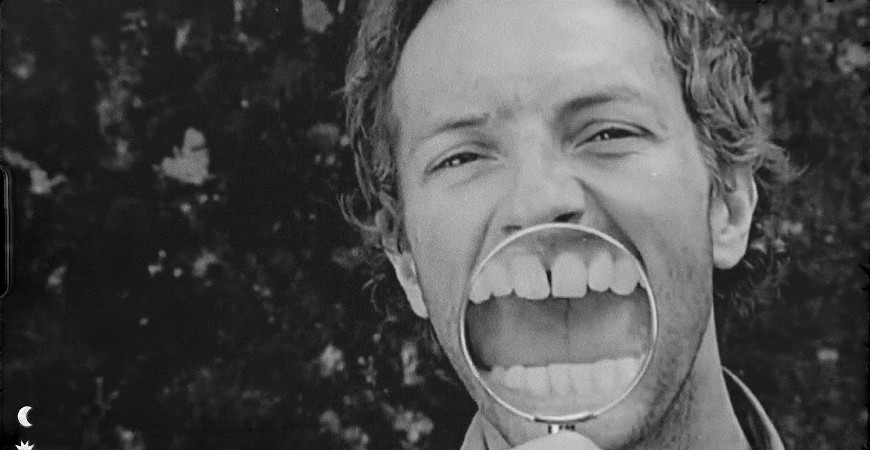 “In 1998, Coldplay released their first EP titled Safety. This disc has only been published in 500 copies. Thanks, I know. This is the basis when one is interested in Coldplay! » yell at your screen. Calm down for the love of British pop. Are you absolutely sure you know everything about the group led by Chris Martin ? To make sure, pixbear has collected 23 little-known anecdotes about Coldplay.

Before calling Coldplay, the group had other names. In 1996, Chris Martin and Johnny Buckland performed as a duo under the name of Pectoralz. After the arrival of Guy Berrymanthe group became Starfish. The trio were later joined by Will Champion and the quartet became Coldplay in 1998. This name comes from the psychology book of Philip Horky entitled Child’s Reflections, Cold Play (1997).

Chris Martin and Johnny Buckland make appearances as zombies in the film Shaun of the Dead (2004). Chris Martin also appears on the film’s soundtrack. He is featuring on the cover of Buzzcocks Everybody’s Happy Nowadays interpreted by Ash.

The song’s title amsterdampresent on the second album of Coldplay A Rush of Blood to the Head (2002), has nothing to do with the lyrics. Chris Martin called it that because he wrote it in Amsterdam (Netherlands).

The great-great-grandfather of Chris Martin is William Willett (1856 – 1915). It was he who came up with the idea of ​​summer time in the UK and was a fervent supporter of it.

Chris Martin has synesthesia. It is a non-pathological neurological phenomenon by which two or more senses are associated (in a lasting way). In the case of the singer Coldplay, musical notes are perceived as colors. This phenomenon affects 1 to 2% of the population. Lorde, Pharrell Williams and John Mayer “suffer” from the same syndrome.

To save the song In My Placepresent on the second album of Coldplay A Rush of Blood to the Head (2002), Chris Martin put on the mantle of Ian McCullochleader ofEcho and The Bunnymenof which he is a fan.

Once, Chris Martin took the metro to a concert by Coldplay at the O2 Arena in London (England). No one recognized him…

For the recording of the fourth album of Coldplay Viva la Vida or Death and All His Friends (2008), the producer Brian Eno suggested the band bring a hypnotist into the studio. Coldplay accepted and he recorded a lot of music under hypnosis for this album.

The song Green Eyespresent on the second album of Coldplay A Rush of Blood to the Head (2002), was written by Chris Martin in reference to his girlfriend at the time. After meeting Gwyneth Paltrowhe never played it on stage again out of respect for his companion.

The fifth album of Coldplay Mylo Xyloto (2011) broke the record for the best-selling album in digital format with 21.3 million copies sold in one year.

Will Champion plays the role of a wedding musician in the ninth episode (Rains of Castamere) from season 3 of the American series Game Of Thrones.

For writing the song Fix youpresent on the third album of Coldplay X&Y (2005), Chris Martin was inspired by the church organ used by Muse in his song Megalomaniafrom his second opus Origin Of Symmetry (2001).

Coldplay has its own studio in London (England). In 2006, the band bought a bakery and converted it into a studio. This HQ calls itself The Bakery. Coldplay made the decision to build his own studio to take stock after the success of his third album X&Y (2005).

The lyrics of the song The Scientistpresent on the second album of Coldplay A Rush of Blood to the Head (2002), do not contain the word “Scientist” but who is this scientist? The answer is contained in the album notes. You can read there: “The Scientist is Dan”. It refers to Dan Keeling, the artistic director who signed the band to Parolophone Records. For the little story, Chris Martin had to learn to sing the lyrics to this song backwards for the purposes of the video.

before joining Coldplay, Will Champion had never played drums in a band. He was living at the time in a shared apartment with a man who had a drum set and he played it from time to time. Chris Martin, Johnny Buckland and Guy Berryman played with it and found it would do the trick…

Coldplay don’t like Chardonnay. It was even specified in his tour guide in 2003: “The band likes cold dry white wine bottles — not Chardonnay”.

Chris Martin recorded the vocals for the song Shiverpresent on the first album of Coldplay parachutes (2000), in one take.

Chris Martin said his favorite song from Coldplay was Glass of Waterfeatured on the band’s fourth album Viva la Vida or Death and All His Friends (2008).

In 2013, Chris Martin came to DJ alongside Win Butler during a concertArcade Fire given at the Roundhouse in London (England). In order not to be recognized, he wore a skeleton mask.

In December 2008, American guitarist Joe Satriani filed a plagiarism complaint against Coldplay and his song Viva La Vidafeatured on the band’s fourth album Viva la Vida or Death and All His Friends (2008). According to him, the English would have “copied and incorporated substantial portions” of his song If I Could Flyfrom his tenth album Is There Love in Space? (2004). In September 2009, the two parties reached a financial agreement out of court.

Coldplay is a democratic formation. Each member receives 25% of the profits earned by the group.

As he wrote the lyrics to the song Yellowpresent on the first album of Coldplay parachutes (2000), Chris Martin came across the directory The yellow Pages and he thought the color yellow would fit the song perfectly. For the record, in concert, the singer used to change the melody of this song until Michael Stipeleader of REMadvises him to stop doing it because “people want to hear songs the way they know them”. Since, Chris Martin faithfully reproduces the melodies of the songs of Coldplay.

15 bowls to avoid on stage when rocking