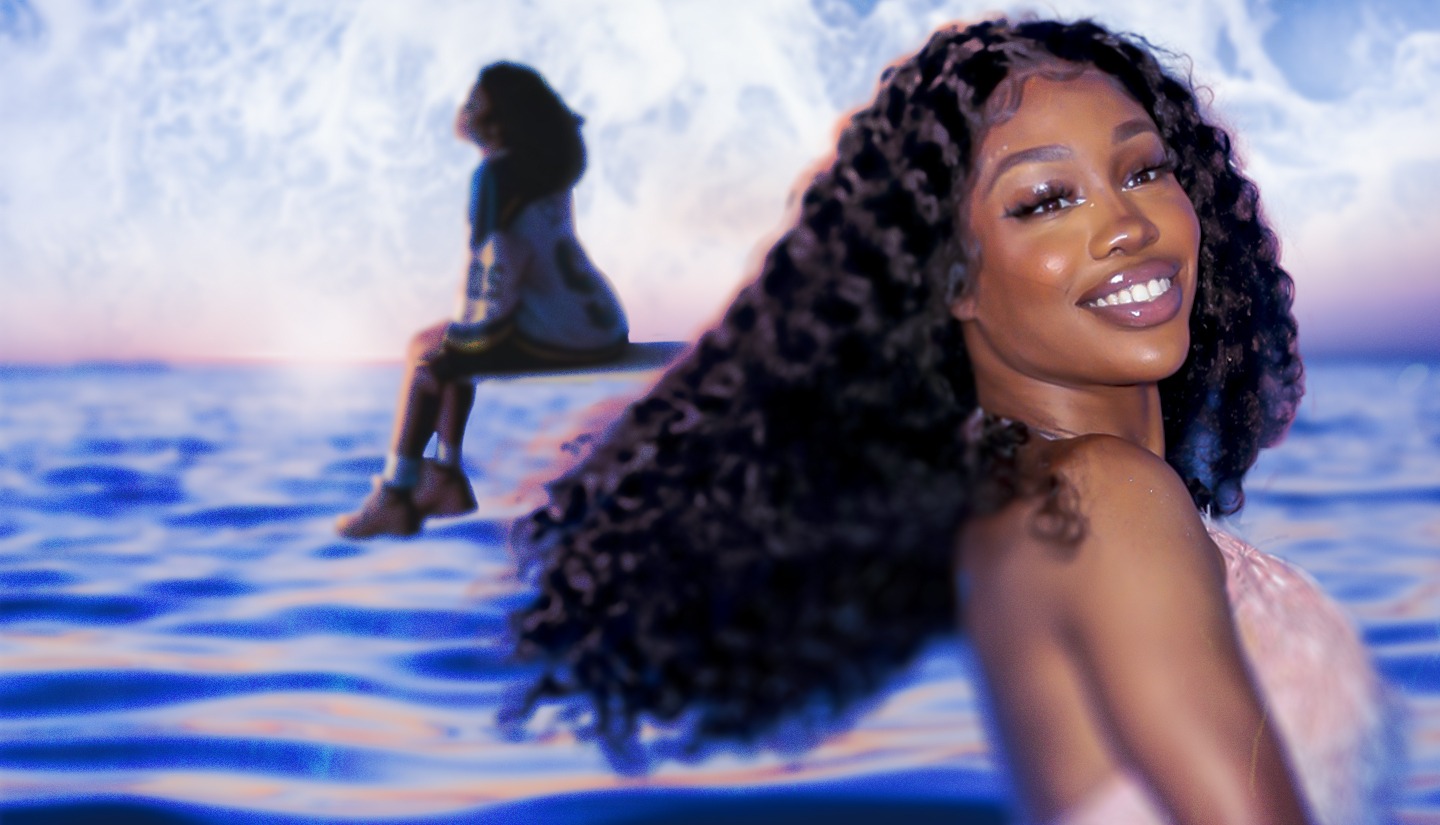 1. SZA takes his nickname from the Supreme Alphabet.

The Supreme Alphabet is this alphabet theorized by the 5%/Nation of Gods and Earths (this half-sect, half-gang organization very popular in New York rap advocating a form of Islamic spirituality tinged with Afrocentrism) where each letter refers to a word.

SZA thus means to “sovereign” (“sovereign”), “zigzag” (“ from knowledge, to wisdom, to understanding”) and “Allah”.

Raised by a very observant Muslim father, she went to class wearing a hijab. However, she withdrew it after the terrorist attacks of September 11, 2001 (she was 11 years old at the time) because of the teasing and reproaches addressed to her by her classmates.

3. SZA still considers herself to this day as a Muslim..

“I believe in one God, in the pillars of Islam. These are things that will never leave me, they resonate within me. This is how I connect to God. I would like to wear the hijab again, but I don’t want to do it when I’m on stage talking nonsense or when I’m shooting a music video with Travis Scott, but I don’t want to disrespect anyone. I have too much love for this religion, for my father and for myself. »

4. SZA was ranked in the top 5 of the best gymnasts in the United States.

An assiduous practitioner for 13 years, it was during her second year of high school that she distinguished herself on the national scene.

Judging by the clip of Good Days released last year in which she sways around a striptease bar, she apparently has lost none of her level.

When she was younger, she dreamed of exploring the seabed. However, she did not validate the last year of her course, the call of music was too strong.

6. Saleswoman at Diesel, SZA got fired for coming to work stoned. Blame it on the two marijuana brownies sent before her service that put her in a trance.

After meeting the staff for the very first time in 2011 at a concert sponsored by his then-boyfriend’s clothing brand, TDE President Terrence ‘Punch’ Henderson came across one of his demos.

If he said he particularly appreciated it, however, SZA had to wait until 2013 to be offered a contract in good and due form, the time for her to release two EPs and build a worthy buzz. of this name.

8. When SZA signed on Top Dawg, she tricked her parents into thinking she was signed to Aftermath.

“I was completely broke, I didn’t even have enough to drive to the bank. Since I needed them to take me, I told them it was Dr. Dre’s label. It’s the only label they knew. »

9. His first album CTRL is certified three times platinum in the United States.

10. SZA went to number 1 on the charts in New Zealand.

In April 2021, his duo Kiss Me More with Doja Cat allowed him to enter the top 40 in a dozen countries (United States, Canada, Lithuania, Ireland, etc.), including New Zealand, where the track was a huge success.

11. SZA doesn’t put her texts on paper, she starts by freestyling them in her head.

“I tried to write my songs with paper and pen, but it didn’t work… When I let my mind wander, that’s when my truth comes out. I don’t have time to lie to myself. »

In 2016, she wrote the song LouAnne Johnsonnamed after the character played by Michelle Pfeiffer in Rebel Minds in 1995.

Invited the same year to participate in a writing workshop to prepare Rihanna’s forthcoming eighth album, Anti, SZA fails to offer him a text that retains his intention. That’s when Pharrell flashes on LouAnne Johnsonand talks about it to Riri who, too, has a crush.

Far from thrilled, at the time, SZA felt ” devastated “ to have to give up “one of his best songs”.

While she owes her big sister the discoveries of the Wu-Tang Clan, Aaliyah and Cash Money, SZA readily admits the importance of Björk, Jamiroquai and Ella Fitzgerald to her music.

“For a long time, I kept it to myself. I thought it was too special, that no one would connect with me. »

15. SZA has nothing to do with the musical cohesion of his albums.

Her musical influences continue to expand as her career progresses, she feels that she does not have to curb her creativity by limiting her choice of instrumentals.

“For an album to be cohesive, you have to sound like you are. This is the only necessary cohesion. »

16. SZA is sometimes inspired by Bill Murray to dress.

More into films than fashion magazines, she unearths her looks from her favorite filmmakers like Spike Lee or Wes Anderson, whom she appreciates “color palettes”. She is thus particularly a fan of the character of Steve Zissou interpreted by Bill Murray in Aquatic Life.

seduced by “her roles as a misunderstood girl who just wants to be loved”SZA decided on an eponymous piece for him in 2017, before invite him to be in the clip. From there, the two women started dating, Instagramming S/Os, and then going on vacation together.

18. SZA had a flirtation with Drake.

Last year on Mr Right Now produced by Metro Boomin, the Canadian rapper “Yeah, said she wanna f— to some SZA, wait / ‘Cause I used to date SZA back in ’08”

If SZA willingly acknowledged this affair, she nevertheless specified that it took place in 2009, and not in 2008 (she celebrated her 18th birthday in November 2008).

19. The cover of his second album S.O.S. is inspired by a snapshot of Lady Diana.

While vacationing in Portofino, Italy in 1997, the Princess of Wales was photographed alone, sitting on the diving board of a yacht.

For SZA, it was not so much a question of paying homage to him, as of reproducing “the feeling of loneliness that emerges around her”.

Not content to have won the premiere streams record for an rnb album, S.O.S. then spent four weeks at the top of the charts. Since Janet by Janet Jackson in 1993, no rnb album had achieved such a performance.

READ ALSO: WHAT HAPPENED TO THE RNB SINGERS OF THE 90S?

20 things you don’t know about SZA, the new rnb queen