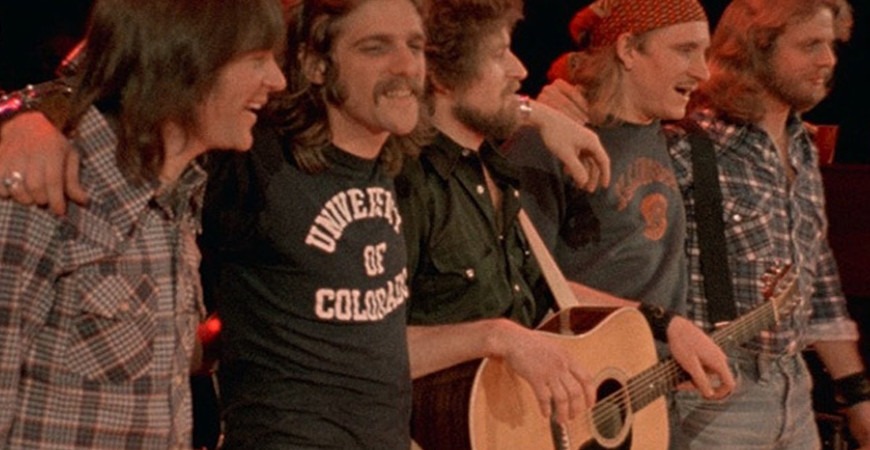 “Four members of the Eagles were part of Linda Ronstadt’s backing band before starting their own band in 1971. Thank you, I know. They were Glenn Frey, Don Henley, Bernie Leadon and Randy Meisner. This is the basis when looking at the Eagles! » yell at your screen. Calm down for the love of country rock. Are you really sure you know everything about the Eagles ? To make sure, pixbear collected 17 little-known anecdotes about the group.

Shortly after the separation of Eagles in 1982, Glenn Frey said he would never do a reunion tour. “I don’t see myself at 41, on stage with a belly singing Take It Easy” he added in 1986. Eight years later, the Eagles were reforming. This reformation came after the group participated in a 1993 video of the country singer Travis Tritt. The Eagles there held the role of his backing band taking over Take It Easy. Faced with the enthusiasm aroused by this reunion, the Eagles decided to join forces again.

In the United States, the compilation of Eagles Their Greatest Hits (1971-1975), released in 1976, sold a million copies in the first week of its release. It became the best-selling record of the 20th century. Ironically, the Eagles were working on their fifth album at the time Hotel California (1976) and disapproved of the release of this best of… In 2018, it counted 38 million copies sold. 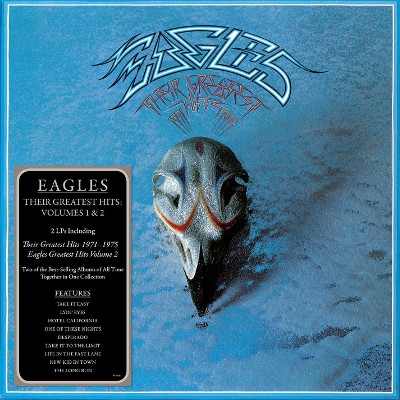 In the song Hotel Californiapresent on the fifth album of the Eables Hotel California (1976), lyrics “They stab it with their steely knives but they just can’t kill the beast” are a reference to Steely Dan. In parallel, Steely Dan referred to the Eagles in the song Everything You Didpresent on his fifth opus The Royal Scam (1976), with lyrics “Turn up The Eagles, the neighbors are listening”… Both bands had the same manager and liked each other a lot.

The Eagles were the first band to offer $100 tickets to a stadium concert. They passed this milestone on their tour Hell Freezes Over In 1994.

In 1977, tensions erupted between the Eagles and the American magazine RollingStone. To settle this affair, the group and the editorial staff of the magazine clashed during a softball match. It happened in May 1978 on the campus of the University of Southern California. Chevy-Chase and Joni Mitchell came to support the Eagles. They won 15-8.

The song Doolin Daltonpresent on the second album of the Eagles Desperado (1973), tells the story of the Dalton Gangan association of criminals composed in particular of the brothers Daltonof Bill Doolin and of Bittercreek Newcomb. In 1892, 5 members of the gang, including 3 brothers Daltonwere killed at Coffeyville. Bill Doolin, Bill Dalton, Bittercreek Newcomb and charlie pierce recruited seven new thugs to found the Doolin-Dalton Gang. The song ends here. In 1898, all members of the gang were killed…

Don Henley, Glenn Frey and Don Felder were the three formal owners of the group united under a company called Eagles, Ltd.. After the reformation of the Eagles, Don Felder complained of being left out of decisions before being fired in 2001. He then sued Don Henley and Glenn Frey. The parties have reached an agreement outside the court that they are not allowed to talk about…

The Eagles sued an association dedicated to the rescue of birds because the American Eagle Foundation used the domain name eagles.org and the 1-800-2EAGLES telephone number. The case was dismissed because the group did not show up for trial.

The song Desperadopresent on the second album of the Eagles Desperado (1973), is the last piece that the Eagles performed on stage. She closed their concert in Bossier City (Louisiana) on July 29, 2015, the last leg of the tour History of the Eagles. Glenn Frey died six months later.

Two members of Eagles dabbled in comedy. Joe Walsh played the role of a prisoner in the film’s final scene The Blues Brothers (1980). Glenn Frey held, meanwhile, the role of a trafficker pilot in the episode Smuggler’s Blues from the Serie Two cops in Miami (1985).

The riff of the song Life in the Fast Lanepresent on the fifth album of the Eagles Hotel California (1976), was found while Joe Walsh warmed up on the guitar before a rehearsal. When the band members heard it, they asked him to play it again and they decided to make a song out of it.

The mother of Don Henley decided to buy his son his first battery after he destroyed the family laundry tub by banging on it.

Despite appearances, the Eagles have nothing of a Californian group. Don Henley and Glenn Frey come from Texas and Michigan respectively. Randy Meisner and Bernie Leadon hail from Minnesota and Nebraska respectively. Don Felder and Joe Walsh were born in Florida and Kansas respectively. Alone, Timothy B.Schmitlanded in 1977 in the Eaglesgrew up in Oakland, California.

In 2007, the Eagles released their seventh album Long Road Out of Eden exclusively at Wal-Mart. Other brands had to buy copies of this disc from Wal-Mart in order to sell them in their stores.

On the B side of the vinyl of the fifth album of the Eagles Hotel California (1976), he is listed “VOL is a five piece live”. This means the song victim of love was recorded live by the five members of Eagles in studio. They did this to answer those who claimed that the band had no soul in the studio…

In October 1980, Don Henley was the victim of a minor plane crash. The pilot was forced to land his aircraft in a Colorado pasture. Don Henley and his girlfriend jumped out of the plane while he was still moving. Afterwards, the Eagles received a bill for $7,000 for this aborted theft. Their manager resent the invoice with the following message: “We don’t pay for forced landings”…

In 2017, the Eagles filed a complaint against a hotel in Todos Santos (Mexico) called Hotel California because the latter encouraged, according to them, its customers to believe that the establishment had a relationship with the group in order to sell merchandising. According to the complaint, the hotel would play the songs of the Eagles in its lobby and would sell t-shirts explaining that this place is “legendary”…

18 things you didn’t know about the Eagles – Pixbear