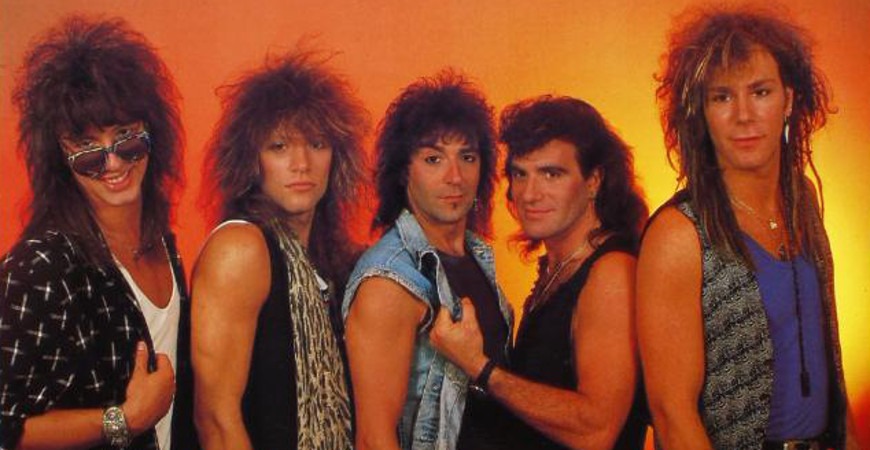 “Before baptizing itself Bon Jovi in ​​reference to the name of its singer in the manner of Van Halen, the group led by Jon Bon Jovi thought of being called Johnny Electric. Thanks, I know. This is the basis when one is interested in Bon Jovi! » yell at your screen. Calm down for the love of arena rock. Are you absolutely sure you know everything about the band? To make sure, pixbear has collected 14 little-known anecdotes about Bon Jovi.

On August 19 and 20, 2000, Bon Jovi was the last band to perform at the old Wembley Stadium in London (England). This stadium will be demolished in 2003 and replaced by Wembley Stadium.

The song video bad medicinepresent on the fourth album of Bon Jovi New Jersey (1988), was made from footage shot by 250 fans during the band’s concerts. It was a first for the time.

Originally, Bon Jovi wanted to call his third album Wanted Dead Or Alive. For the purposes of the cover, the group had therefore organized a photo session dressed as cowboys with the photographer Mark Weiss. Finding the title too serious, Bon Jovi finally decided to call his album Slippery When Wet. Mark Weiss then took a picture of a busty girl in a wet t-shirt. The group’s record company did not validate this cover for fear that some stores would refuse to put the album on the shelves. In the rain, Jon Bon Jovi returned to the studio Mark Weiss and wrote on a wet trash bag “ Slippery When Wet ». The trick was played. The cover censored by the label was used for the Japanese version of the album… 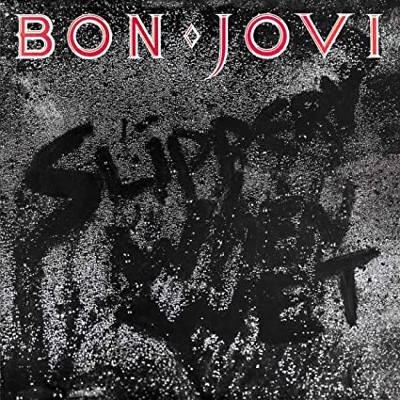 Jon Bon Jovi started writing the song Bed of Rosespresent on the fifth album of Bon Jovi Keep The Faith (1992), in a hotel room in Los Angeles (California). On this occasion, he brought up to his room the piano that the establishment used for weddings.

The guitarist Richie Sambora is color blind. He can’t distinguish the colors red, green and brown. He left Bon Jovi in 2013.

The song Born to Be My Babypresent on the fourth album of Bon Jovi New Jersey (1988), was first recorded acoustically. But the record producer Bruce Fairbairn convinced the band to re-record it with electric instruments in a more hard rock style. Jon Bon Jovi remains convinced that the original version was better and that it would certainly have ended up in first place on the Billboard.

The song Living on a Prayerpresent on the third album of Bon Jovi Slippery When Wet (1986), was written by Jon Bon Jovi and Richie Sambora in collaboration with Desmond Child, a songwriter hired by the record company. The latter had to give a more commercial sound to the group as he had done with Kiss for his song I Was Made For Lovin’ Youpresent on his seventh album dynasty (1979).

Tico Torres is not just a drummer, he is also a painter and the owner of the Rock Star Baby brand which makes baby clothes.

The song Runawaypresent on the first album of Bon Jovi Bon Jovi (1984), was recorded by Jon Bon Jovi in the company of studio musicians (Tim Pierce on the guitar, Roy Bittan on keyboards, Frankie LaRocka on the battery and Hugh McDonald on bass). Following the addition of the title on the local radio compilation WAPP 103.5FM in Lake Success, New York Bon Jovi made a name and Jon Bon Jovi set up in 1983 a real group in the company of David Bryan (keyboards), Alec John Such (low), Tico Torres (battery) and Dave Sabo (guitar). The latter was quickly replaced by Richie Sambora. Bon Jovi was born.

Jon Bon Jovi is the only member of the group to have signed a contract with a label. The other musicians of Bon Jovi are considered its employees. He is the one who makes all commercial decisions.

The song You Give Love A Bad Namepresent on the third album of Bon Jovi Slippery When Wet (1986), was originally intended for the group Loverboy. Jon Bon Jovi, Richie Sambora and Desmond Child started writing it in the basement of the guitarist’s mother’s house. Desmond Child found the title, Jon Bon Jovi the first sentence “Shot through the heart…”. They then worked on the song and finally decided to keep it for themselves…

The first professional recording of Jon Bon Jovi took place in 1980. It was the backing vocals of the song R2-D2 We Wish You A Merry Christmaspresent on the Christmas album Christmas in the Stars: The Star Wars Christmas Album. His cousin Tony managed the studio where the disc was recorded and he hired Jon Bon Jovi who was then the janitor of the recording studio.