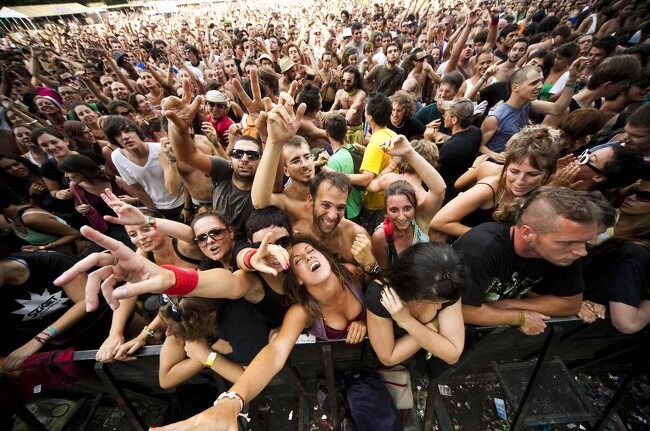 Festivals are one of those summer events that every music lover should keep in mind. And if there is the possibility of making it compatible with a good trip in parallel, much better.
With the intention of filling our summer with musical trips, Civitatis has prepared a list that includes the best festivals in the world until the month of September. You just need to think about who you are going to share it with.

What began as a small call in 1993, ended up becoming one of the most important musical events in the world. And it is that the Sziget Festival from budapest It is, as they themselves say, much more than a festival: “we are a great island full of music, culture, love and freedom”.

The concerts are just an excuse to bring together more than 100 nationalities around 60 stages and more than 1,000 shows from August 10 to 15. Who needs more reasons to visit Liberty Island?

Rock music lovers have an obligatory appointment every year with the Summer Sonic Festival, a musical event that is celebrated simultaneously in the cities of Osaka (Maishima Sonic Park) and Tokyo (Zozomarine Stadium and Makuhari Messe).

New York: a tour of the five continents without leaving the Big Apple

This summer they will walk through their stages. on August 20 and 21, artists such as Kasabian, Maneskin and The Offspring. Can you make better use of a summer weekend?

2016 was the year it all started. Since then, art, fashion, gastronomy and tourism have converged at this point in the capital to bring music lovers one of the best festivals on the current scene.

After a short hiatus for obvious reasons, Mad Cool is back with a vengeance this summer, and it does so with a lineup that is a real gem. From July 6 to 10, Madrid will be the world epicenter of music thanks to Metallica, Placebo, Imagine Dragons, The Killers, Muse, Kings of Leon, Pixies… and many other top-level artists who will make July the best month of the year. anus.

The European son of the Ultra Music Festival (UMF) is a benchmark among summer festivals. And it is not surprising, since it has inherited the best of the event that was organized in Miami for so long until they had the idea of ​​exporting it to the old continent without losing an iota of strength.

Croatia roars with the best electronic music from July 8 to 10 in an authentic show of lights and pyrotechnics capable of making an entire city vibrate.

It is probably the festival that needs the fewest presentations. And it is that Tomorrowland It is not “a” show, but “the” show. Pure musical emotion in which the forces do not run out and time stands still for a few days to create a separate universe.

The appointment for 2022 runs from July 15 to 31. And if the traveler is thinking about it, he only has to look at the poster or the millions of videos that are uploaded in each edition. Even the most reticent fall in love with the unfolding of this festival. Fiance.

Many have jumped for joy to see the Glastombury Festival of Contemporary and Performing Arts return to Pilton from June 22-26.

Known for bringing the best musicians for years, betting both on the classical and on what is most popular today, it could not disappoint in the summer of its return. Thus, Paul McCartney will come across billie eilish. And the same will happen with Leon Bridges and Noel Gallagher, Diana Ross and Kendrick Lamar or Herbie Hancock and Pet Shop Boys. Does anyone give more?

House, techno, trance and bass. That (and some other surprises) is what those travelers who travel to Tampa will be able to find in the biggest festival in Florida.

If Europe boasts of Tomorrowland, the US can boast loudly of Sunset Music Festival, an overload of electronica that will take place on May 27, 28 and 29.

Parque da Bela Vista will be the meeting point for all music lovers who will land in Lisbon, from June 18 to 26, to enjoy another year of the famous Rock in Rio.

The biggest hardstyle festival in the world announced a few months ago its comeback in style. And it is that, after breaking all its records with more than 78,000 viewers in 2019, the 2-year break has led Defqon 1 to extend the experience, going from 2 to 4 days for the first time.

After 17 editions, it is clear that the organizers of the Dutch festival know exactly what they are doing. So this stop, from June 23 to 26, is a full-fledged must for travelers looking for strong (musical) emotions.

On June 16, 17 and 18, Barcelona will become the European capital of electronic music with one of the best-known festivals in the world.

Three years of pandemic break have served for Sónar to return thanks to C Tangana, The Chemical Brothers, Nathy Peluso and Richie Hawtin (among others) in addition to almost 180 activities distributed between Sónar Day and Sónar Night. Three days of music, creativity and technology to flood one of the cities most loved by travelers.

10 music festivals to go around the world this summer