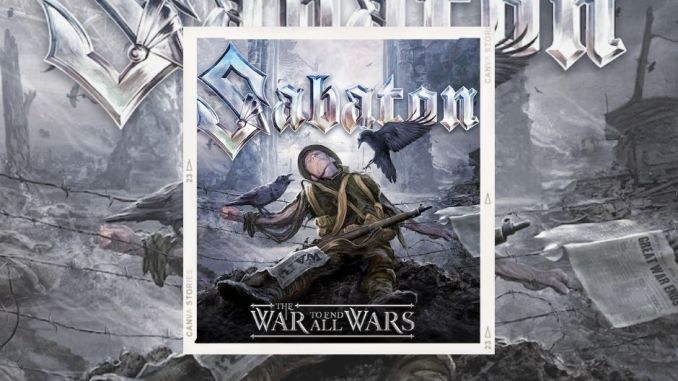 “For nearly two decades, we have been singing about historic battles and wars from around the world.

Two years have passed since the release of our last album The Great War, a concept album that tells stories from the First World War.

Since then, we have all been trying to decide on the next chapter of our stories. Will it be Swedish history again? The American Civil War, the story of Napoleon, or perhaps the Crusades?
No, dear friends… We will once again focus on the beginning of the 20th century.

We give you: The war to end all wars!

We believe there is more to discover in this particular moment in history. There are still so many stories from the First World War to be told.

In time, we will learn them all…”

Of the many battlefields of World War I, no scene was as hostile as the dreaded Alpine Front which involved a series of battles on the border between Austria-Hungary and Italy.

In the heights of the Alps, men fought in the most extreme conditions to protect the borders. Today, these battles are infamously known as the “White War”, where many soldiers froze to death or were buried by dangerous avalanches. Their bodies remained under the snow until today.

Today, Swedish war chroniclers Sabaton are once again opening the history books to present their new single, ‘Soldier Of Heaven’, giving this overlooked chapter of World War I an impressive voice, tune and music video highlighting showcasing breathtaking special effects and the fatal beauty of this battlefield.

“Soldier Of Heaven” precedes Sabaton’s tenth album, The War To End All Wars, which will be released March 4 via Nuclear Blast Records.

Once again, Sabaton will delve into the atrocities, miracles and events of World War I and take the listener on an emotional and thrilling 11-track journey.

🤘 Sabaton “The War To End All Wars” is available. Listen to “Race To The Sea”🤘 – Vinylestimes Classic Rock Radio 2022