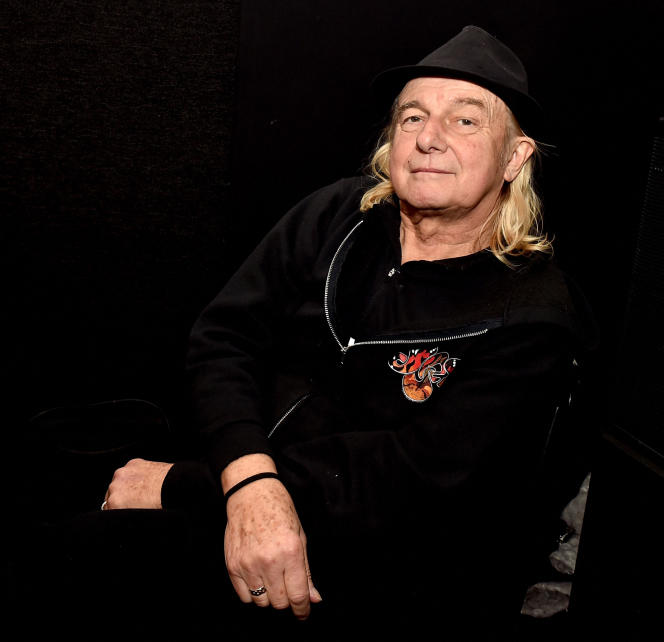 Very precise in his base of the tempo, powerful in his attack, he was as comfortable in pop as in interpreting virtuoso and technical parts within the group Yes, which he had joined in 1972. English drummer Alan White died Thursday, May 26, in Seattle (Washington State), at the age of 72, following a “brief illness”his family said in a statement.

Born in Pelton on June 14, 1949, a town in County Durham, near the industrial city of Newcastle, in the northeast of England, Alan White – namesake of the drummer of another famous band, Oasis – was trained in piano by his father and will discover the drums around the age of 12. A precocious musician, he played from the age of 13 in a group, The Downbeats, which hosted parties in the region. He continued his education and joined a technical school with the aim of becoming an architect, which did not happen, and at the end of the 1960s, he was a professional musician. He worked mainly with keyboardist Alan Price, with whom he recorded several 45s and albums in 1967 and 1968 and became a renowned session musician.

John Lennon, still a member of the Beatlesbut who has already started a parallel career with his partner Yoko Ono and whose single Give Peace a Chance, is contacted to participate in the Canadian festival Toronto Rock and Roll Revival, September 13. Lennon, who noticed Alan White, hired him for the hastily assembled line-up with guitarist Eric Clapton and bassist Klaus Voormann. The album of this concert will be released in December. White is working with Lennon again on the single Instant Karma (January 1970) which, after a piano motif, begins with a drum roll, with a muffled sound, and on several titles of the album Conceived (September 1971).

White also participates in the recording sessions of another Beatles, George Harrison, for his album All Things Must Pass (November 1970), to those of singer Doris Troy, keyboardists Billy Preston and Chris Stainton – the latter invited him to sessions for the album something to say, by Joe Cocker -, participates in the great orchestra of drummer Ginger Baker. When Cocker’s record was released in November 1972, Alan White had joined the group Yes since the end of July, replacing its first drummer, Bill Bruford, who had left for King Crimson.

Founded in 1968 by vocalist Jon Anderson, keyboardist Tony Kaye, guitarist Peter Banks, bassist Chris Squire and Bruford, Yes became one of the most prominent bands in the so-called British progressive rock scene in the early 1970s with the albums The Yes Album (which sees the arrival of Steve Howe on guitar) and Brittle (and Rick Wakeman on keyboards), both released in 1971. Yes finished recording their fifth album, Close to The Edge, and is due to leave for a major tour of North America and Europe – it will start on July 30, 1972 and end on April 22, 1973.

You have 55.96% of this article left to read. The following is for subscribers only.