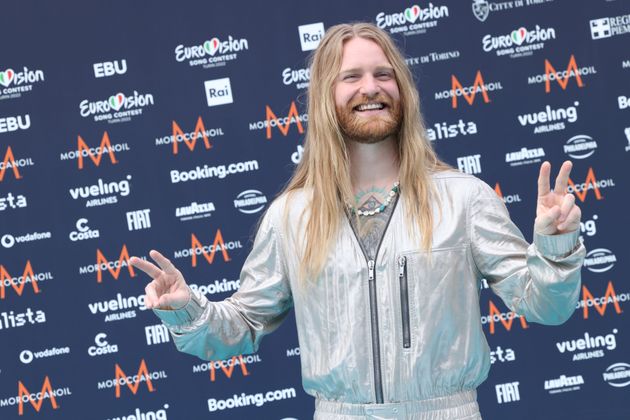 EUROVISION 2022 – Finally the right one for the UK? This Saturday, May 14, the final of the 66th edition of Eurovision in Turin, Italy. If Ukraine is announced as the great favorite of the Competitionthe British could, for once, manage to pull out of the game.

They, who finished in last place in the two previous editions (with 0 points last year), are presenting themselves this time with a candidate who may not be unknown to you, Sam Ryder. With his 12.4 million subscribers, the Englishman is a real star on TikTok, a platform he joined, like many artists, during the first confinement two years ago. A lightning success and symbol of a trajectory like no other for the 32-year-old singer, who will perform the title SPACE MAN this Saturday.

His first performance on the Pala Olimpico stage was unveiled this Thursday, May 12, during the second semi-final of the competition. Here it is below:

Passionate about music from an early age, Sam Ryder began his career in 2009 with the group he co-founded, The Morning After. After several years spent working with different artists, he decided in 2016 to follow his own path, without however succeeding in making his mark.

It was in 2020 that the singer, notably spotted by Alicia Keys for his covers on TikTok, exploded in the eyes of the world.

“An extraordinary voice and a wonderful song”

The cardboard is such that the native of Maldon becomes in a few months the most followed British artist on the platform. A feat that allows him to sign with the Parlophone label, but also with the TaP Music agency (of Lana Del Rey and Ellie Goulding). In 2021, the singer releases several hit singles: Set you Free, Whirlwind, Tiny Riot, July, Moreand so SPACE MANwhich currently has nearly 5 million streams on Spotify.

A growing popularity that does not escape the BBC, in charge of Eurovision across the Channel. The British channel, which collaborates with TaP Music for this edition, decides, after “long months of research”, to make it the representative of the United Kingdom. “We chose Sam for his extraordinary voice and his wonderful song which references so many British musical influences,” Ben Mawson, co-founder of the management agency, told the BBC.

“I hope to make my country proud,” said the singer, delighted to be able to present his song co-written with Grammy Award-winning songwriter Amy Wadge and Max Wolfgang.

As a reminder, since the bitter failure of the British in 2019, the candidates are no longer chosen in the same way. Exit the public vote, the selection, overseen by the audiovisual group, is now done internally. And if that of James Newman did not (at all) bear fruit last year, observers place a lot of hope this time in Sam Ryder. And with good reason since it is expected in the top 5 by the bookmakers.

Not enough to shake the person concerned: “I don’t put any pressure on my shoulders. I just want to enjoy all the good times,” he recently delivered to Eurovision World.

With his beautiful hatching, will Sam Ryder save the honor of the British this Saturday? These, who have not won since 1997 (with Katrina and the Waves) and whose last top 5 dates back to 2009, can in any case believe it.

See also on The HuffPost: Who is Kalush Orchestra, the group representing Ukraine at Eurovision 2022

Will this TikTok star candidate save the UK’s honor at Eurovision?