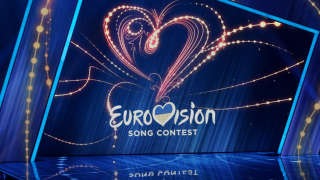 Liverpool will host the 2023 edition of Eurovision, on behalf of Ukraine

EUROVISION – The city of Liverpool, in the north of England, will host the 2023 edition of the Eurovision Song Contest, organized by the United Kingdom, in May on behalf of Ukraine because of the warannounced this Friday, October 7 the BBC. “It’s Liverpool, May 13”said the presenter of theeurovision on the BBC, Graham Norton. Liverpool won against the Scottish city of Glasgow.

The semi-finals will take place on May 9 and 11, followed by the final on May 13. The extravagant contest, which is in its 67th edition, is followed by tens of millions of viewers, in Europe but also in Israel, Australia etc. ” We did it ! »welcomed on Twitter Joanne Anderson, the mayor of Liverpool, the city of the Beatles.

We did it! Liverpool is honored to be hosting #Eurovision 2023 on behalf of Ukraine. Huge well done to the bid t…

“We are going to have the biggest party ever”said singer Sonia Evans, originally from Liverpool, who had represented the United Kingdom at Eurovision in 1993. “Liverpool has musical history from around the world. She ticks all the boxes! ».

The UK has hosted the competition eight times but has not hosted it since 1998, when it was held in Birmingham, central England.

After its symbolic first place in Turin, Italy, last May, Ukraine was deprived in June of the right to host Eurovision by the European Broadcasting Union (EBU), who had considered that the security conditions were not met due to the invasion of the country by Russia.

About 10,000 people are involved in the production of Eurovision, which also attracts thousands of fans.

An agreement had been announced on July 25 by the EBU and the British government for the BBC to stage the contest in the United Kingdom, which came second to Ukraine, in a version that will feature the country still at war.

The glory of the Kalush Orchestra

Twenty British cities had applied to host Eurovision on behalf of Ukraine. A first selection of seven cities (Birmingham, Glasgow, Leeds, Liverpool, Manchester, Newcastle and Sheffield) was unveiled in August.

Since the start of the Russian invasion at the end of February, the United Kingdom has shown strong political and military support for kyiv, notably imposing unprecedented economic sanctions on Moscow.

Big favourite, the Kalush Orchestra had won the final in May contest with the song “Stefania” mixing hip-hop and traditional music, a victory symbolizing Ukrainian resilience in the war and European popular solidarity.

Briton Sam Ryder and his title “Spaceman” had obtained second place, an unexpected result for the British accustomed to the bottom of the table in recent years, with even zero points in 2021.

See also on The HuffPost: In Ukraine, the organization of Eurovision in the United Kingdom is disappointing

We know in which city Eurovision 2023 will take place