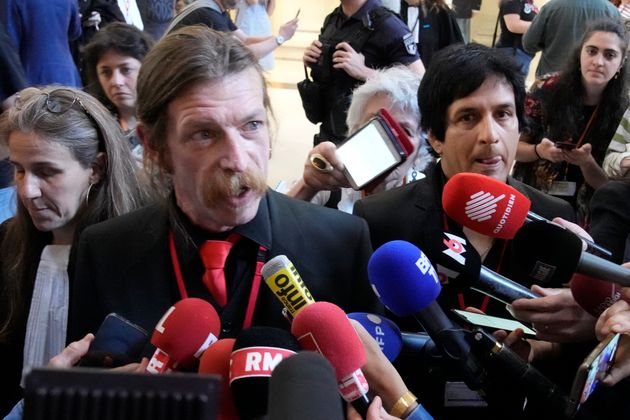 13 NOVEMBER – “You can’t kill rock’n’roll”, finally lets go jesse hughes citing Ozzy Obourne at the end of his hearing at the bar of the November 13 trial. He and Eden Galindo, the band’s former guitarist Eagle of Death Metal Have brought their testimony of victims of the Parisian attacks of 2015.

For the resumption of November 13 attacks trialthe special assize court of Paris took this Tuesday, May 17 the appearance of a theater for the hearing of two members of the group which occurred the evening of the attack.

Survivors and relatives of victims of the Bataclan were numerous in the room to hear their idol. “The events that occurred on November 13 changed my life forever,” said the American singer via an interpreter.

“Everyone who was at the concert that night was my friend”

In a loud and clear voice, Jesse Hughes recalled how, “in the middle of the concert”, he heard shots being fired. “Coming from a desert community in Florida, I know the sound of guns. I recognized it was gunfire. I knew what was going to happen, I felt death approaching me”.

That evening, “90 of my friends were killed in a heinous way in front of us, he testifies with emotion. Everyone who was at the concert that night was my friend”. “What the attackers tried to do that night was to silence the joy linked to the music, but they failed”, continues the singer, who claims to have “forgiven” the “poor souls who committed these deeds”.

Jesse Hugues: “I already knew that we had lost friends because from my point of view everyone who was there that night was friends” #13november

Eager to participate in the trial, however, he told the bar that the closer the deadline, the more he was “reluctant to come” to testify. In particular because “the memory of these events has started to be erroneous, the memories are more vague”, he specified.

And so it is with the words borrowed from the Black Sabbath frontman that Jesse Hughes has finished his “you can’t kill rock’n’roll” audition. Quite a symbol for the singer, who became with the rest of the “EODM” group, one of the symbols of this bloody night.

At the end of the hearing, Jesse Hughes on the verge of tears, said he felt “better”, as you can see in the video above. He assures that “love always wins” and that it is essential “to forgive” as a Christian. “I forgive them and hope they find peace,” he added of the terrorists.

“I will never be the same again”

The former guitarist of the group Eden Galindo had appeared before him at the helm to deliver a more raw testimony on his experience in the Bataclan concert hall. “After a few songs I was on the side of the stage and started hearing the thump of gunshots, I thought the sound system was exploding,” he first said. told.

“I remember they were looking at me (the terrorists). I saw the expression on their face. We ran, we all got on top of each other. We thought it was going to stop, but it kept going,” he continued with strong emotion in his voice.

He recounted the difficult return to normal life after detailing the moment when the group was exfiltrated from the room in a Parisian taxi. “I came back but it was very difficult to do things normally after all that. I felt like broken. I will never be the same after that night”, he finally let go, head down.

Eden Galindo: “I will never be the same after that night.
We came back to Europe, we finished the tour. And just being with the band, talking about what happened, night after night, helped me a lot.”

The singer and the ex-guitarist finally left the courtroom. Jesse Hughes hugged several civil parties. Some were crying. The leader of the Eagles of Death Metal too.

See also on the HuffPost: The Eagles of Death Metal in concert in Paris before testifying at the November 13 trial

“We can’t kill rock”, proclaims the singer of the Eagles of death metal at the trial of November 13