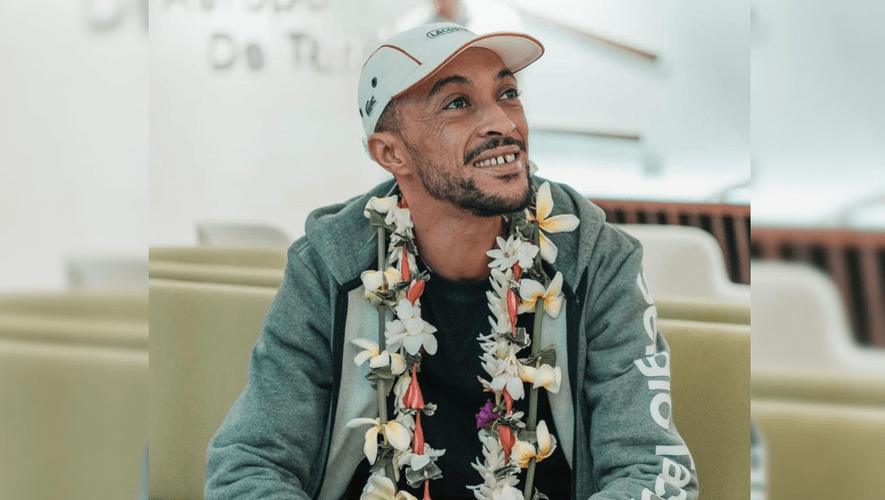 In November, Rachid Daif, better known under the pseudonym of Demi Portion, hit the road to give a concert by continent. Back from his world tour, the rapper from Sète talks about his encounters and reveals his projects.

Back home but still a bit on the road, Demi Portion. In mid-November, the Sète rapper and his team undertook an initiatory and musical journey. A world tour whose objective was to give a concert by continent. Paris held. This journey took the “little man” to Rabat, La Rochelle, Montreal then French Polynesia and Vietnam.

“We were going into the unknown, with real challenges. In Morocco, we played in a theater in front of a seated audience. Something to get us out of our comfort zone from the start.remembers the artist. In Montreal, we had a French-speaking public who came to support us. Then there was the shock of Polynesia…”

Clash of music and cultures

Demi Portion is welcomed as the headliner by the organizers of the very first Hip-Hop Tahiti Fest, before flying off for a microconcert in Bora Bora. “We had people in front of us who had never listened to rap. The culture shock was incredible. I met a guy who sailed for seven hours to come and listen to me! From that moment , our roadmap completely exploded. We were so far from what we are used to doing…”

DJ Rolex, Demi Portion’s inseparable travel companion, had slipped a digital recorder into his luggage. Enough to bring sounds back to mainland France which, combined with the many videos captured on site by the team, could soon give rise to an “immersive” documentary. As a kind of preview, the artist unveiled this Thursday on his Youtube channel a clip shot during a stopover in San Francisco.

And it is in Asia, in Vietnam, that Rachid Daif – his real name – ended his journey. With the rapper Oxmo Puccino, incidentally Knight of the Order of Arts and Letters, as a traveling companion. “Over there too, we were opened wide. I said it before leaving, we wanted to meet people. As a result, we took a slap! I was even invited to someone’s wedding. one that I had just met… After 25 years of rapping, this trip did me a lot of good to recharge inspiration.”

Now back in Sète, Demi Portion has gone back to work. And more precisely to the writing of his next album. An opus 100% reserved for collaborations with other artists, as suggested by a small message slipped into “Crosswords”, released in May 2022.

A track with the Strasbourg rapper Dooz Kawa has already been recorded. Another with Deadi – who opened his anniversary concert last September at the Rockstore in Montpellier – is nearing completion. “This year, I’m motivated to calculate things less. I want to make the music speak. Return to more spontaneity, like what we did on the first albums. Hoping that the public will still like it”. Expected release before the end of the year.

Rachid Daif, soon to be a luxury coach?

“The years go by and I’m starting to look a little further back. I’m starting to take stock. And I’ve had a little idea in mind for some time. I would like to support young people.” After the writing workshops, which he runs regularly, Rachid Daif would like to move up a gear. The one who has established himself for several years as one of the most prominent artists of French-speaking independent rap now imagines himself as a luxury coach for the emerging Sète scene. “In this city when you rap, you have a stamp that you are proud to show everywhere in France. We fought for that. At the time we had nothing to lose and we said to ourselves ‘If we don’t do it, who’s going to do it?’ I want to rediscover this state of mind in young people and help them develop. For the moment, it’s only an idea. But I want to do it. To take them under my wing, to bring them into concert… I feel the maturity to do it.”

[VIDEO] “A guy sailed for seven hours to listen to me!” : the Sète rapper Demi Portion talks about his world tour