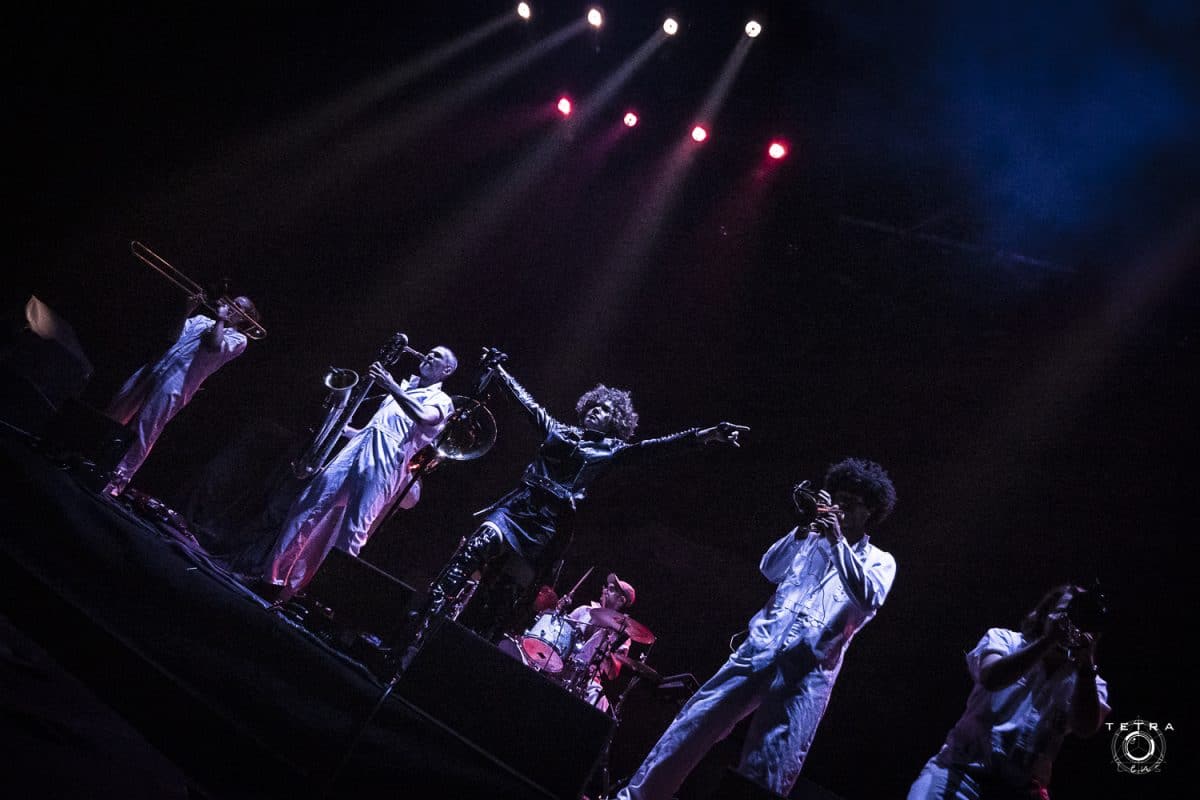 The surroundings of the Parc de Bercy and the Accord Arena are overwhelmed by a very diverse panel of metalheads of all genres and ages, ready to share together the stylistic exception that brings together, Tool.

After such a long wait to see the Californians on a Parisian stage again, the excitement was palpable, especially since, on May 12, 2022, it was the biggest event given in France by the group!

The release of Fear Inoculum in 2019 was followed by a European tour for the quartet, without France, and mainly in festivals. This Thursday was therefore a historic date.

The first part was provided by Brass Againstthe collective of American musicians where, as its name suggests, the brass section is very majority, which specializes in covers of key titles of the Metaland led by singer Sophia Urista.

In addition to the November 2021 slip-up at a festival in Florida (for which the band later apologized), which caused a lot of talk about Brass Against, it should nevertheless be noted that this is a musically sound formation. 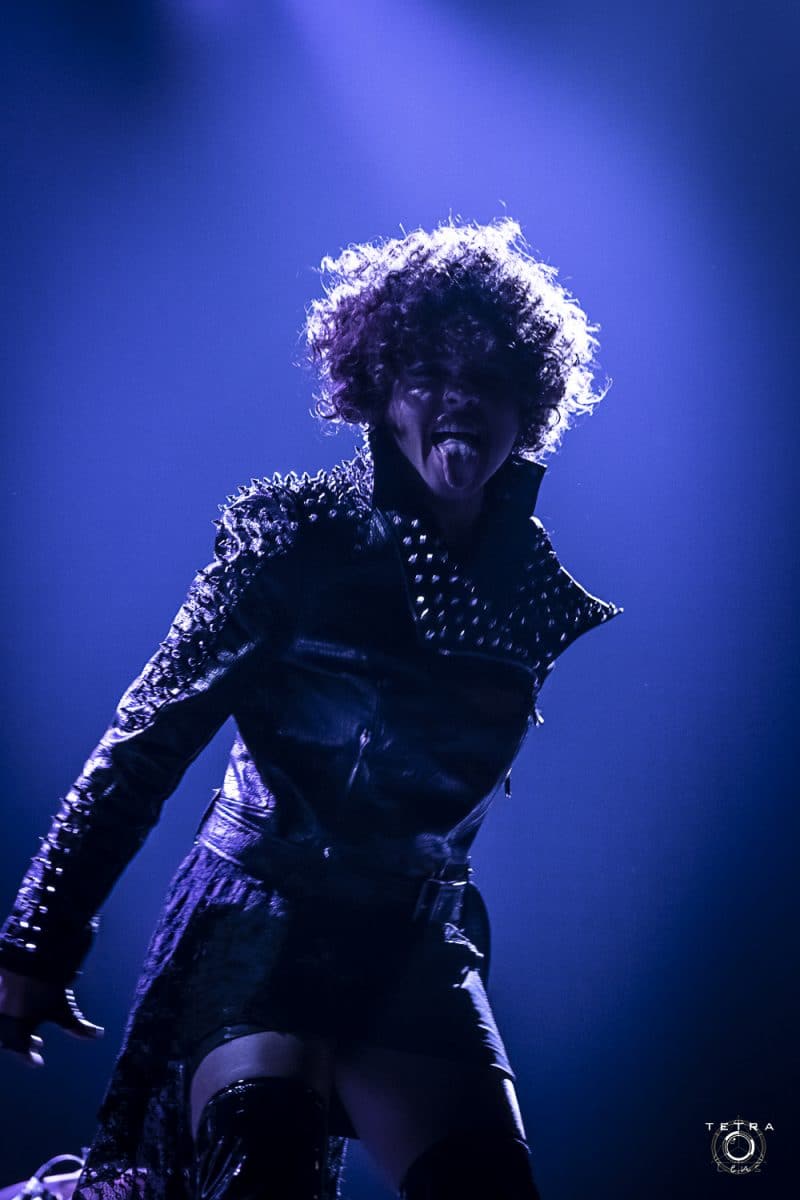 Although taking place in front of sparse stands, the collective offered a pleasant, dynamic and quality performance, with the brilliance of the charismatic singer and a very clean sound on the side of the trombones and other instruments. A pleasant show, well produced, with covers such as Cochise by Audioslave, Kashmire by Led Zeppelinseveral titles of Rage Against The Machine and Tool, including Stinkfist as I leave the pit. 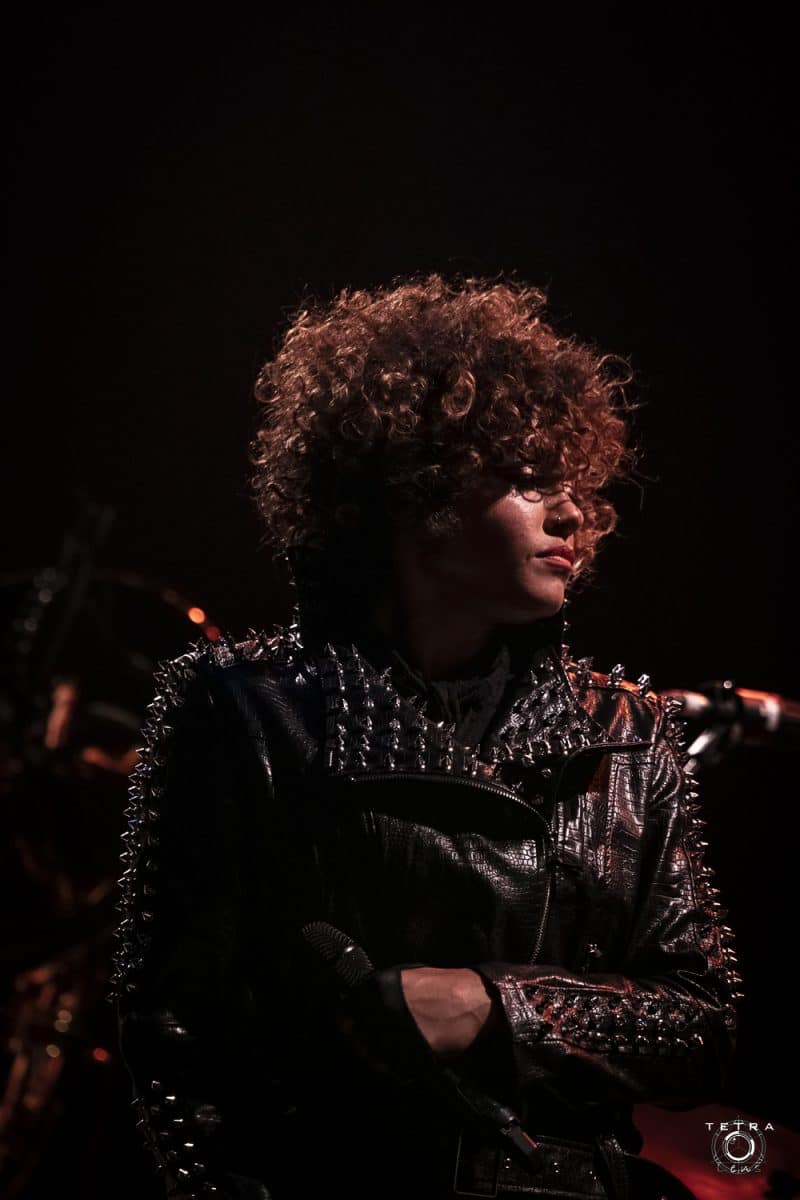 The institution, the exception. The musical formation which represents almost a genre in itself. 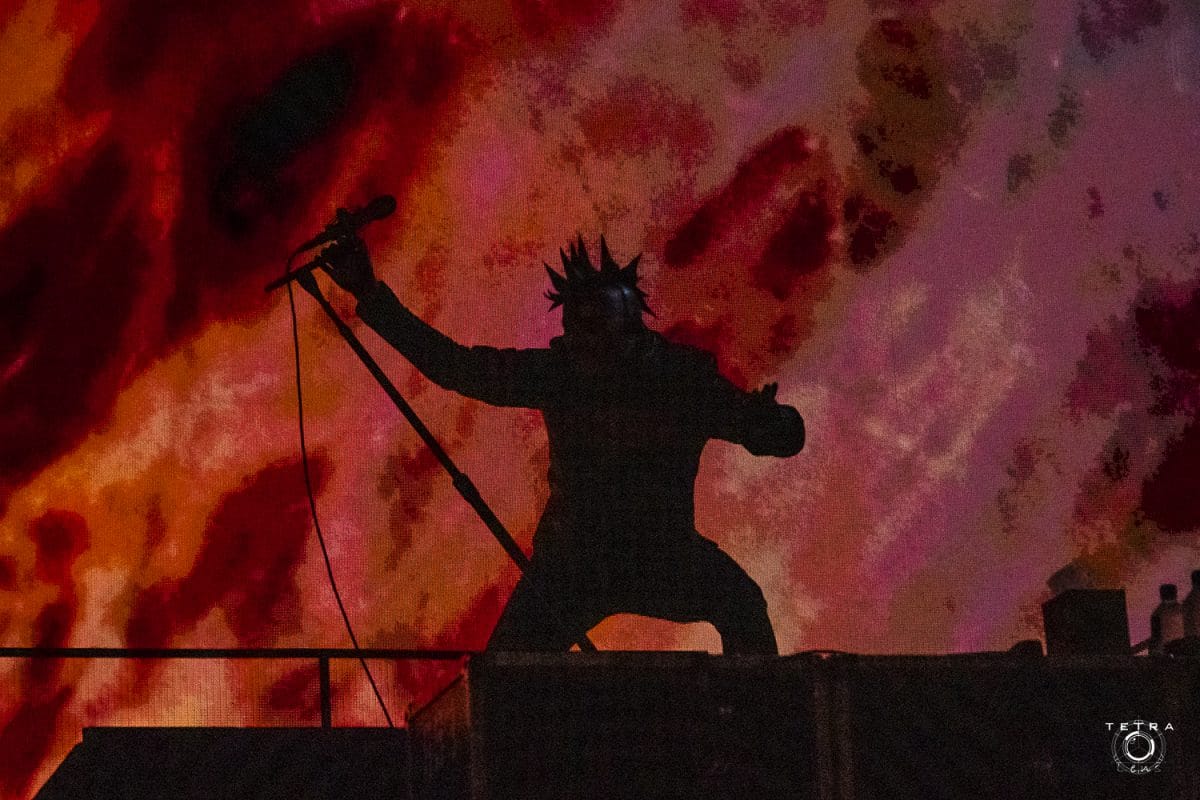 Tool’s musical signature is this decomposition, this fractal which enters by rhythmic loops at the heart of the music, including that which resonates in ourselves, like an initiatory journey through the human body, its psyche, to get out of it. grown up. The Tool universe, although stamped Progressive Metalor alternative with psychedelic ancestry, has this unique imprint, this spiritual dimension that few bands have created or evolved. 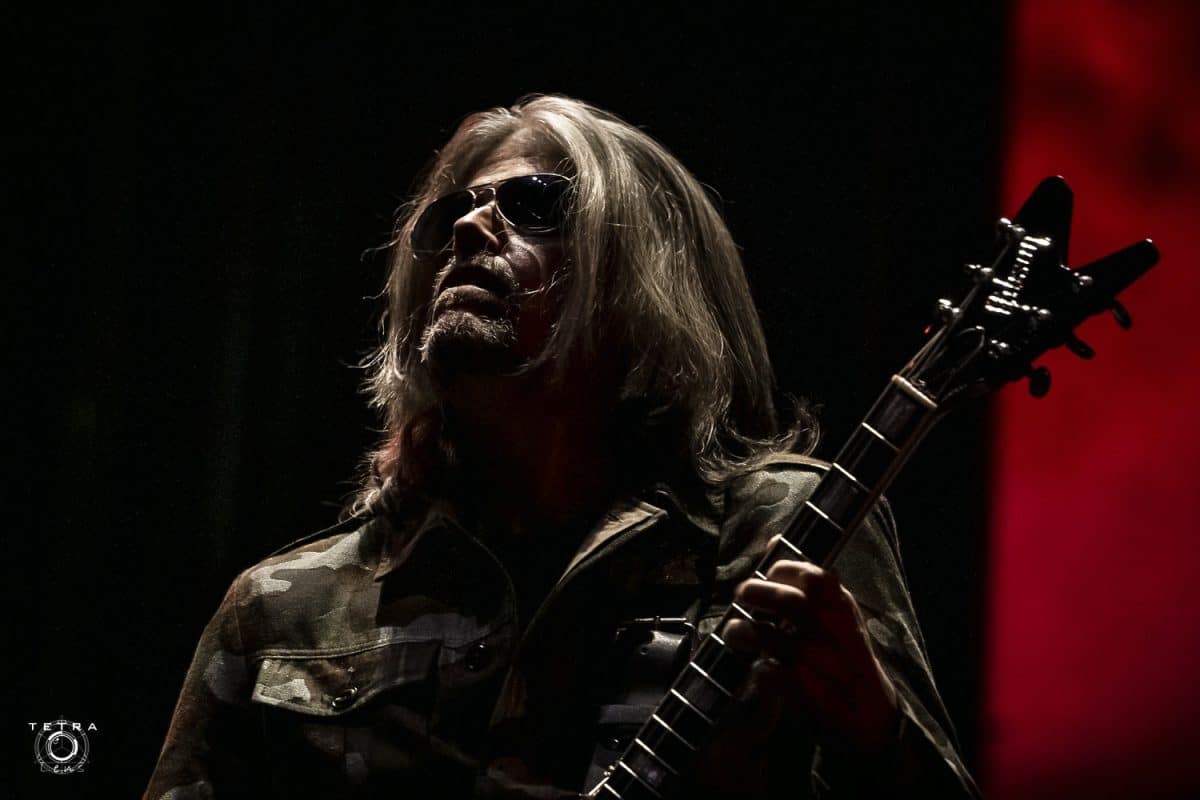 After 13 years of waiting since the arrival of 10,000 Days, the release of the last album in 2019 woke up the army of fans who had ended up hibernating their thirst for Tool over the years. Fear Inoculum has arrived, bringing the same melodic depth, the same genius of rhythmic writing and redoubled precision, but with a certain breath of fresh air. As Keenan mentioned at the time of the release of the album, which was almost called “7” (given the recurrence of this number in the writing), it embodies maturity and wisdom, and of somehow the balance achieved by self-acceptance. 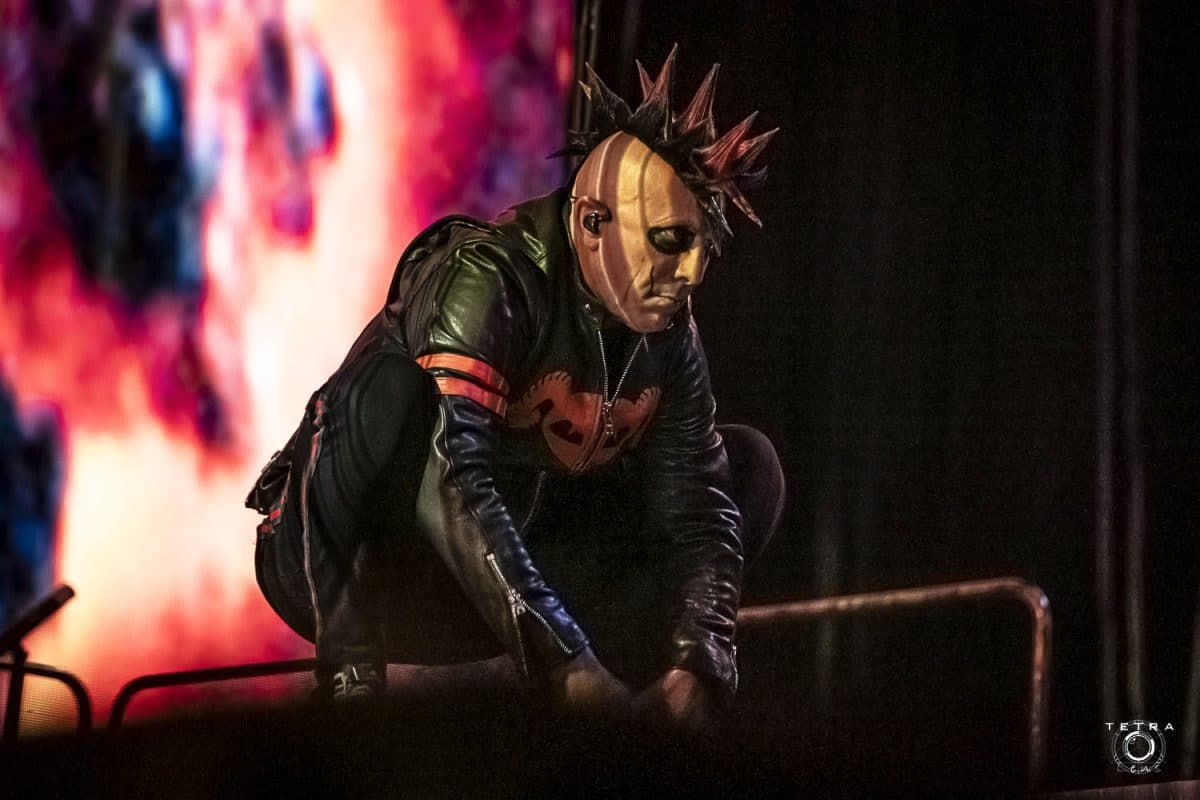 The excitement is palpable in the heart of the Parisian hall, and the 100% seated configuration still allows you to perceive this vibration that runs through the audience, even before the start of the performance.

Justin Chancellor and Adam Jones enter the stage in the dark, from which the first notes of the song Fear Inoculum resonate amid the cheers of excitement from the audience. The light gradually falls on the musicians, mainly the master of the drums enthroned in a sparkling halo in the center of the stage, Danny Carey, then finally, standing out in the distance on colorful visual movements, the silhouette of Maynard James Keenan. 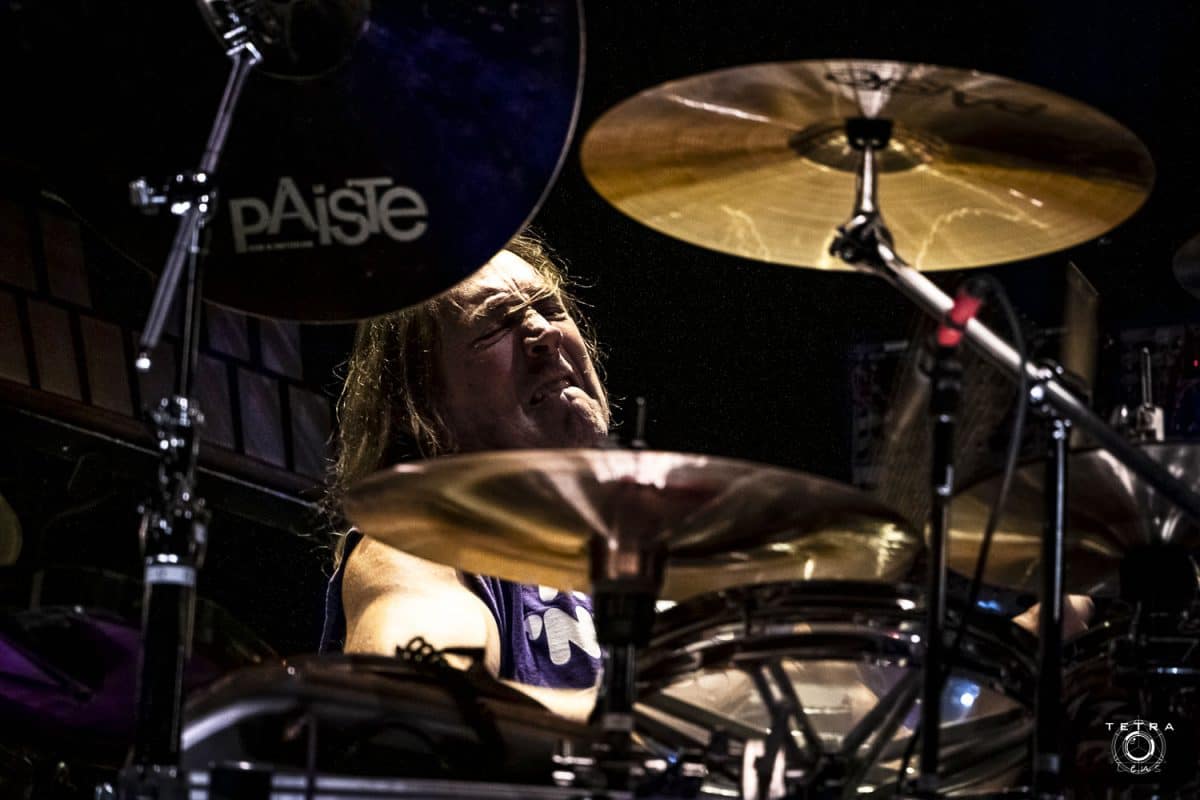 Everything is filtered by a curtain of threads in the foreground, from the edge of the stage to the ceiling, allowing the artists to be seen through this veil which adds to the mystery of this beginning of the set. This introduction to this title of almost 11 minutes, with a very constructed progression, with particularly striking passages from Chancellor on bass, plunges us into the undeniably unique universe of Tool. 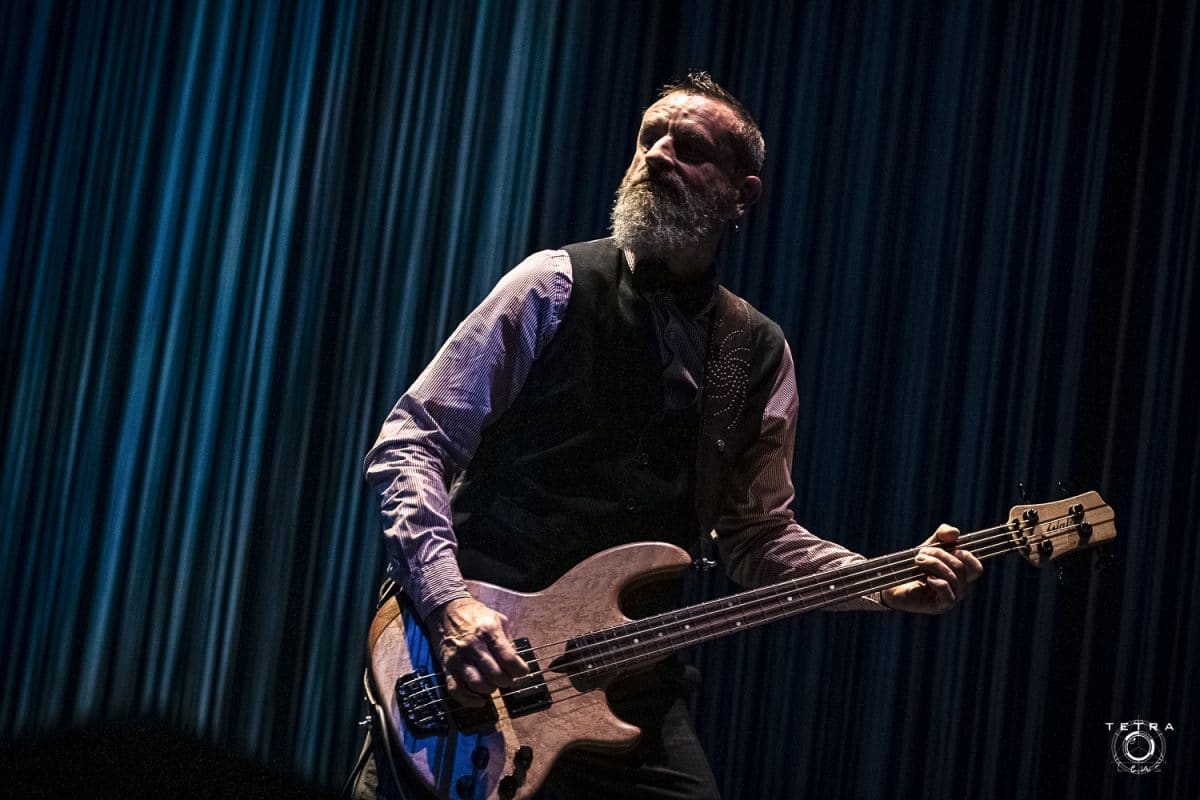 The concert continues on Opiate from the very first EP from 1992, which the group reissued very recently in the form of Opiate², then a panel of the group’s flagship titles such as The Pot (from 10,000 Days) during which the Tool’s disciples let themselves be carried away by a bodily trance every three or four rows of seats.

The live experience is almost initiatory, plunging us into the limbo of introspection, through the perception of multiple senses, hearing of course, but also via the hypnotic messages delivered by the giant screen or the vibratory resonance that spreads in us, and which is experienced by the whole body. 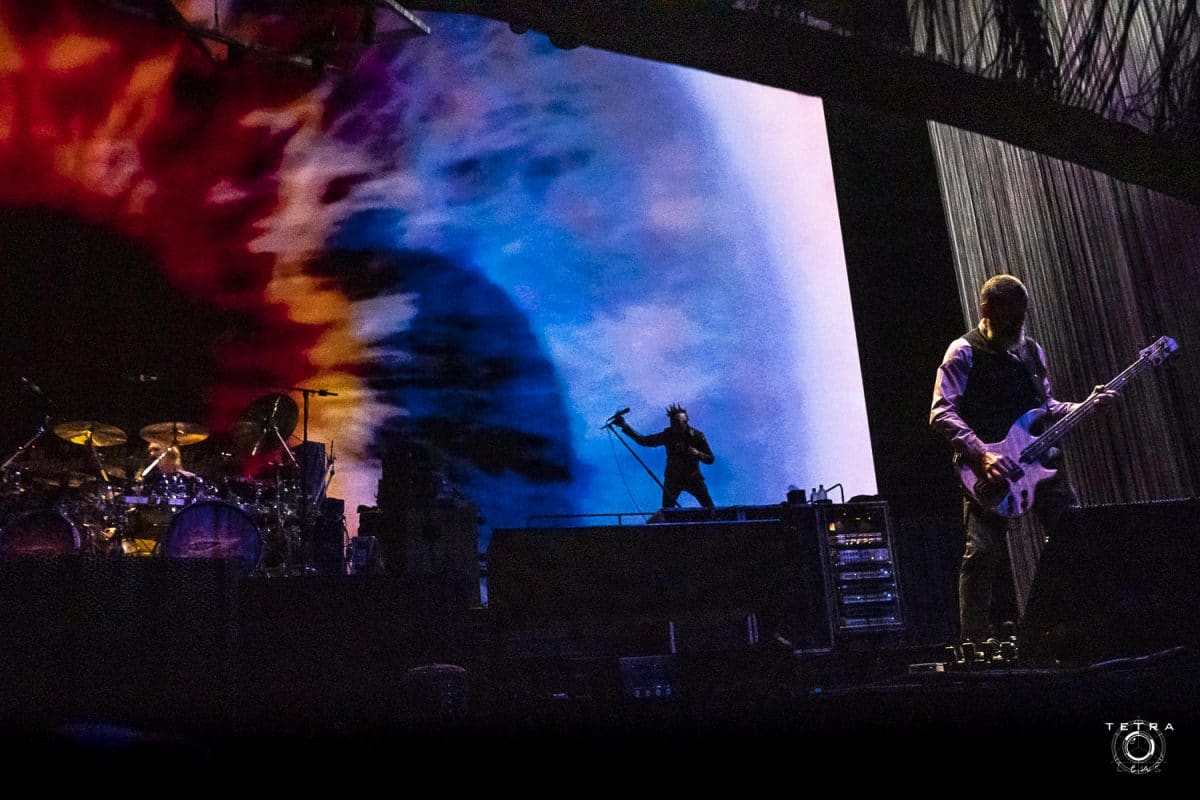 After a spectacular opening of the curtain accompanied by intoxicating light effects in the middle of the concert, on Pneuma, emblematic piece of the last opus, the musicians continue their musical journey with brio and a particularly marked commitment from Chancellor and an inhabited Keenan. The performance seems to end on Hooker with a Penis (excerpt from Ænima), with a very orchestrated departure from the stage, where the singer leaves the place in the shadows by a hidden staircase at the back of the stage (far from the place where he officiated until then), a set of variations on the bass left on the ground, then a masterful thrust of the saturated guitar that Adam Jones lets howl, posed against the speakers, before disappearing in turn! 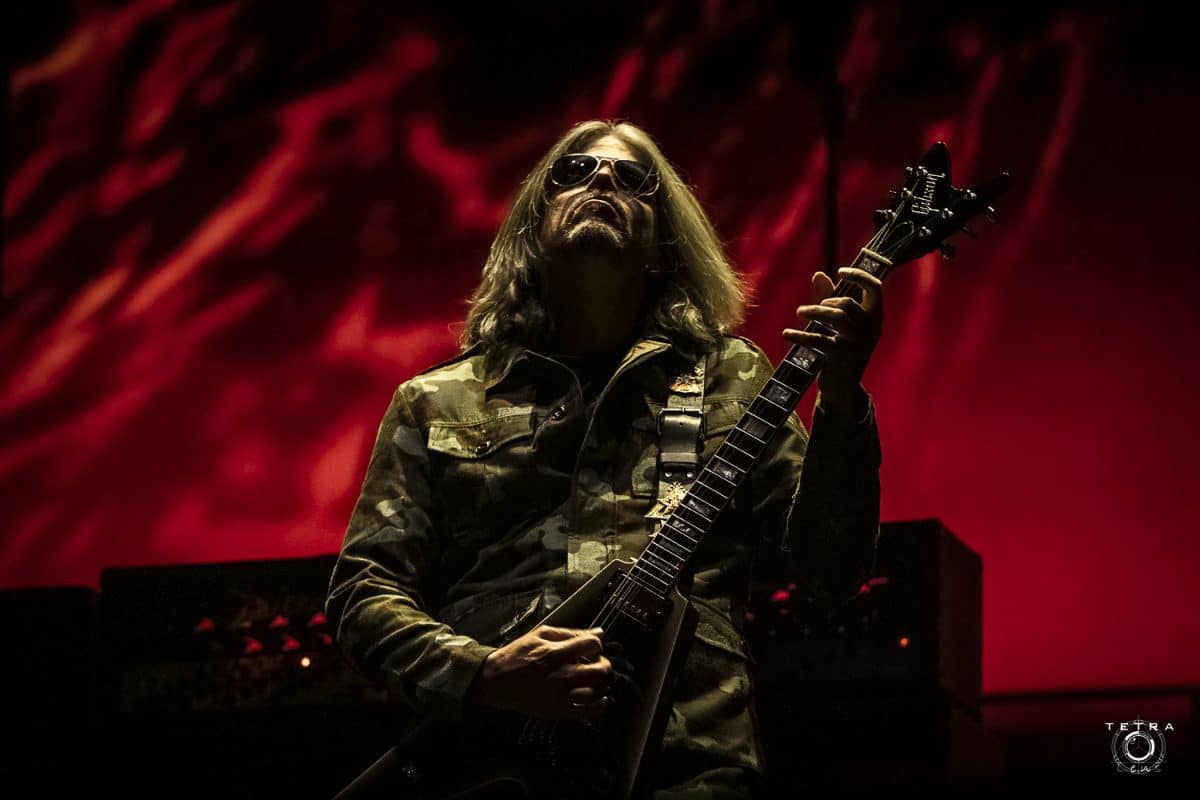 Return of ten minutes of intermission with an impressive solo by master Danny Carey, accompanied by a reduced visual transmission of the drummer’s playing, thanks to the camera located above his kit. 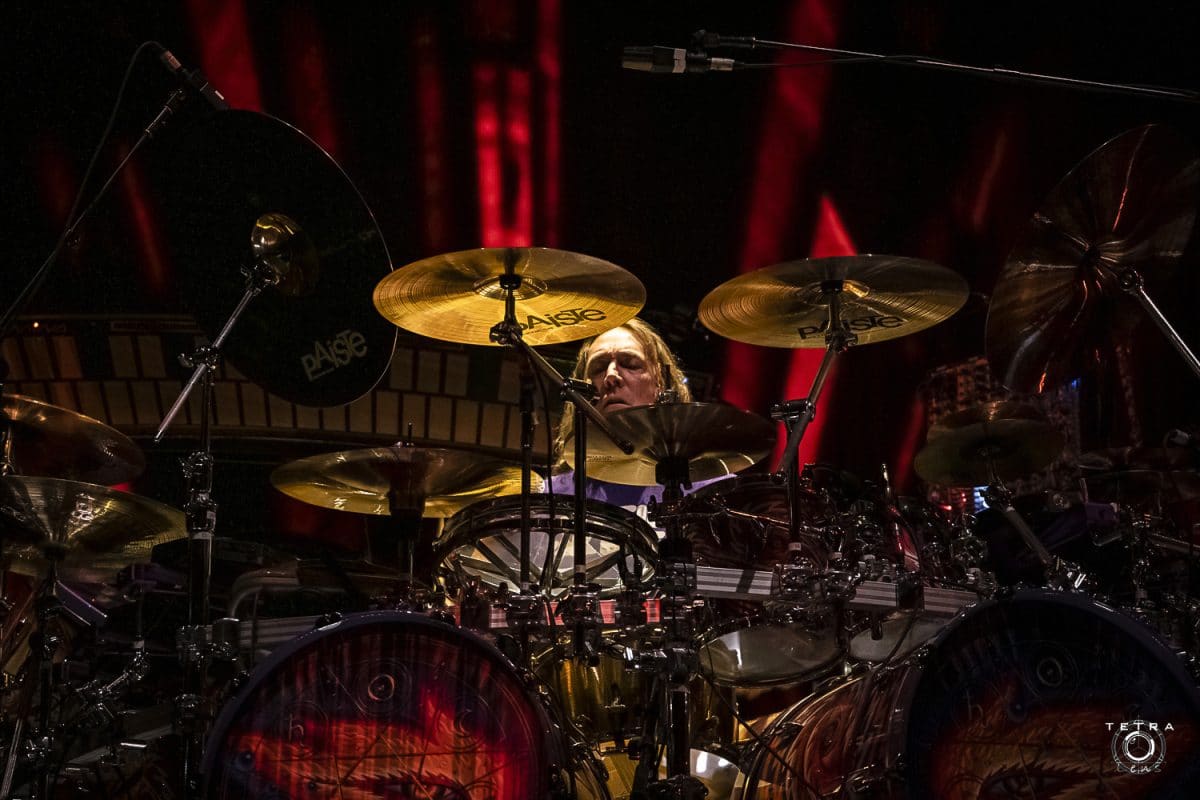 All the musicians come together for a seated acoustic performance, more intimate, at the edge of the stage on Chocolate Chip Trip during which the monumental and luminous star that overlooks the place gradually descends closer to the quartet.

Culling Voices’ performance perfectly showcases Maynard’s voice on the airy opening melody, layered by Adam’s guitar which progresses to a heavier sound at the end of the track, with a vibratory intensity that suspends the cells of the body, hitherto dormant.

While half regretting that the setlist doesn’t include Sober or Schism, we get a little speech from Maynard. The frontman thanks the Parisian public and qualifies the evening as magnificent (we confirm!), and continues with a few words to announce the coming of puscirate next summer in the capital, while hinting that the next chapter of Tool will not be as long to wait as for Fear Inoculum (we hope so!). 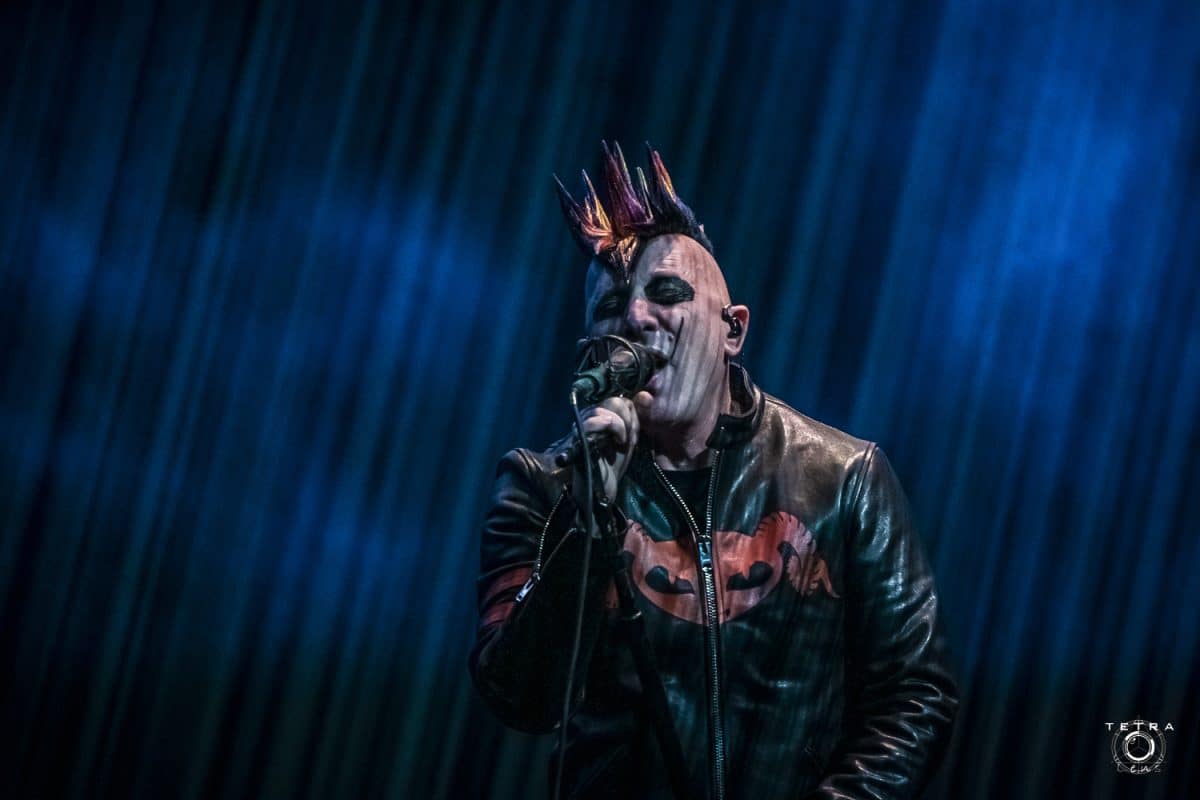 The use of the telephone, hitherto prohibited on pain of being expelled from the Accord Arena by security, is conceded by the group on this last piece, but “without light, without flash” so as not to distort the performance.

The closing is done in apotheosis on Invincible which perfectly illustrates the identity of Tool, marked by the complexity of its rhythm, the depth of its writing, which we experience as a musical journey to the heart of our being, our for inside, reaching a frequency that grabs your guts and awakens another part of yourself, to free yourself from your fears, and reinvent yourself, like a moult… Confirmation that Tool is not just a band, it’s is a concept, an obedience. 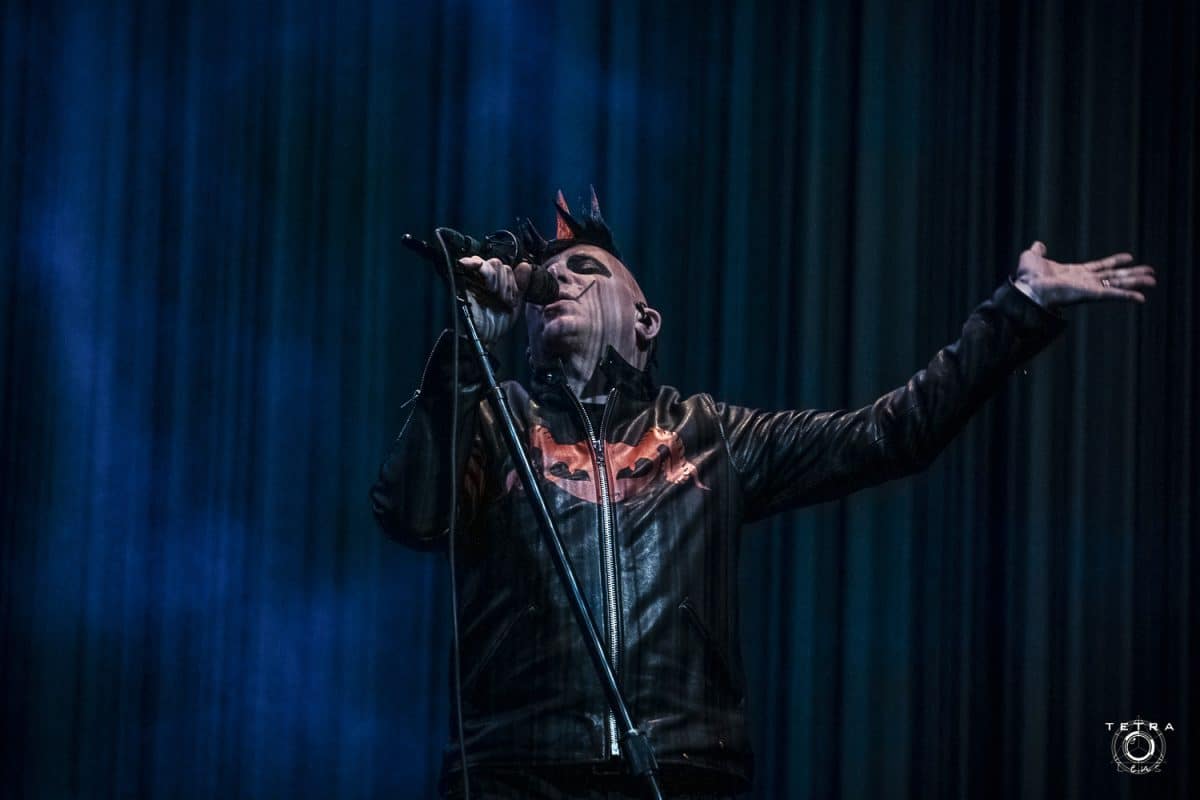 This article was written by Tetralens, who is also the owner of all the photos you have seen above.

Tetralens is a photographer based in Paris. If you want to chat with her about her work and/or collaborate with her, you will find all her information below!

TETRAlens brings together all the expressions of my photographic work, recent or dating back several years. I mainly present an extract of my captures of live concerts, mainly from the Metal scene and Rock, as well as a small overview of my other photographic subjects, such as landscapes, details and architecture. As far back as I can remember, I’ve always wanted to capture through my lens what my eyes wanted to immortalize: the sharpness of a light, the strength of a moment, the softness of a gaze, the energy of a moment, those things that make the world more beautiful. From a very young age, this passion has followed me in my daily life or in my travels, my eyes constantly looking at nature, cities and people as a source of inspiration to nourish my artistic expression. The most emblematic channel being live music, the events through which the human is a vector of the most positive vibrations.

Tool in Paris, the long-awaited hypnotic and immersive ceremony