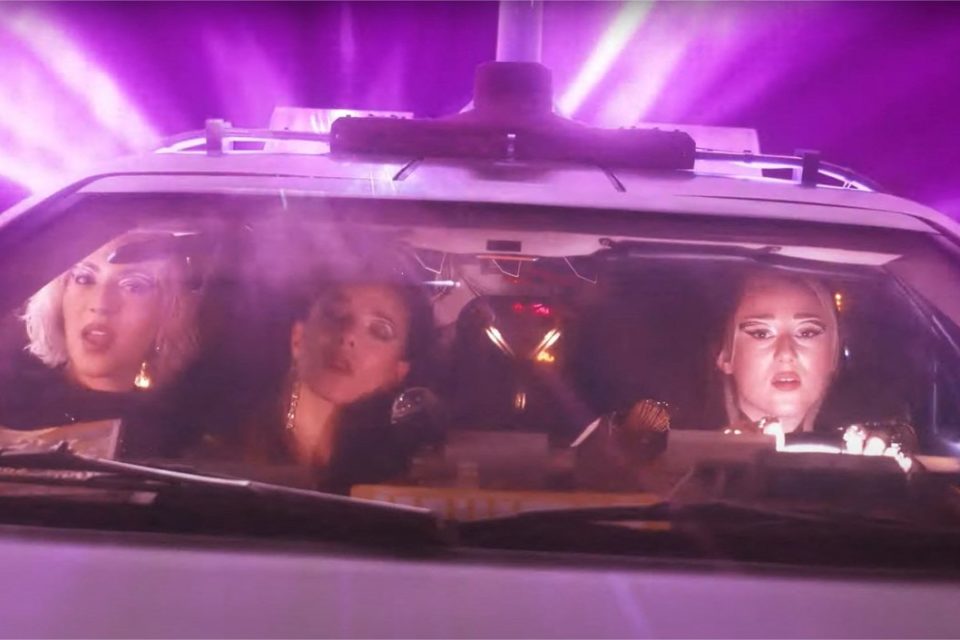 The LEJ group just released, Wednesday October 5, 2022, a new clip produced and directed by Youtuber Rémi Gaillard. The latter would have, for the purposes of the film, stolen a DeLorean belonging to a Breton passionate about cult movie “Back to the Future”.

Buzz, prank or both?

The Breton in question is called Victor Deguérande. He is the author of science fiction novels, and settled in the small town of Ploeuc-L’Hermitage (Cotes-d’Armor), near Saint-Brieuc.

He has created a small private museum there entirely dedicated to the “Back to the Future” trilogy, the centerpiece of which is none other than the famous DeLorean, the vehicle tampered with by the Doc to allow Marty McFly to travel in time.

It is not a simple replica but one of the three models created by Kevin Pike, the chief special effects supervisor of the saga. More or less successful copies, there are hundreds, but this one is really unique! The first two models were used for the films, the third is in my possession.

Youtuber Rémi Gaillard, crazy video specialist, would have contacted Victor Deguérande a few months ago to borrow his DeLorean. An estimate would have even been sent to him then… nothing more. Until an unexpected intrusion in September: Rémi Gaillard and three acolytes would have stolen the precious car!

The vehicle has been making waves ever since, notably through a surreal video of the DeLorean flying over the Montpellier sky on a stormy evening, which has recorded more than 40,000 views.

Contacted by our editorial staff a few days ago, Rémi Gaillard then dropped some clues about his true intentions:

I want to try it! I want to see if it works: I would like to go to the 80s. It was a time when the music was good, we were more stylish. But I have already said too much!

This is where the female vocal trio LEJ comes into play. By Twitter and Facebook account interposed, we understand that Rémi Gaillard produced and directed their new clip.

The clip was posted this Wednesday, October 5, 2022, at 5 p.m. sharp. Entitled “Mashup 80s”, it features Victor Deguérande’s DeLorean and offers a medley of cult songs, from Pink Floyd to Mickaël Jackson, via Rocky and Ghostbusters, “Boys Boys Boys” or even “I Want to Break Free “.

Rémi Gaillard had promised that the DeLorean would be back in Brittany that same day. In the meantime, Victor Déguerande is conquered by the clip.

That’s wonderful. I expected a joke and there it is superb. The special effects are amazing. Worthy of the movie.

Rémi Gaillard, for his part, immediately posted on his Twitter account a making-off which alone deserves a look.

As for “grandmother”, as Victor Deguérande affectionately calls her, she has indeed found her household.

The end of the story

Besides, you know what? We have just had the end of the story: the Delorean has never actually been stolen. The filming was carried out in good and due form with the complicity of its happy owner.

Rémi Gaillard ended up letting go of the piece with our colleagues from Midi Libre Thursday, October 6, 2022 and Victor Deguérande, “I who am someone who is honest, sincere and who never lies”, apologized profusely.

We forgive him! Because the gag is successful and the LEJ clip shot in three days in Montpellier is really superb!

Was this article helpful to you? Know that you can follow Le Penthièvre in space My News . In one click, after registration, you will find all the news of your favorite cities and brands.