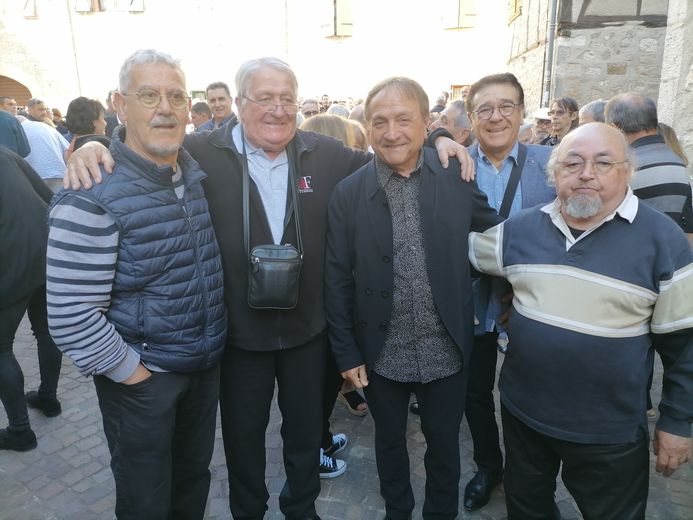 the essential
The funeral of Francis Delmas, 74, the historic manager of the French variety group Gold, took place this Friday morning in Castelnau de Montmiral.

The forecourt of the village church is far too small to accommodate nearly 500 people who have come to pay their last respects to Francis Delmas, a local child, deputy mayor of the town and the emblematic manager of the Golds.

He died on Tuesday, April 26, in the Seychelles, from an accidental fall. He was walking, hand in hand, with his grandson. They fell and unfortunately his head hit a rock hard. Internal bleeding was fatal.

It’s a whole territory that is still in shock after this tragedy. Friday morning, anonymous, friends, elected officials, celebrities were present to testify both to their affectation to the family and to share again and again the memory of this extraordinary man.

“He was an outstanding organizer: serious, rigorous, everyone respected him”, confides Jean Edouard Mazens, president of Dégourdy’s Club, an association of happy Gaillac residents who meet throughout the year to animate the city and Area. He knew Francis well: “He had a motto: we do well or we don’t”.

Gauthier Boin is a member of Les Musicales, an association of which Francis was the president. He searches for his words, hesitates, his eyes misty: “I can’t make sentences this morning. He was a wise man, a resourceful man who made reference”, he finally let go.

“40 years of making me dream, today I mourn it”

Paul Salvador the mayor of Castelnau, the members of the municipal council, Maryline Lherm departmental councilor: the elected officials are there, just as overwhelmed by sadness. With the discretion and modesty that characterizes him, Emile Wandelmer, the leader of the Gold, is surrounded by the musicians of this group that has become legendary. “He liked to organize events. But above all what motivated him was to please the public”.

Since 1965, Emile has shared with the deceased the most beautiful moments of his career: “We were 16 years old. I remember the happiness we had when we finally paid for our first eco room”.

Yves, the closest neighbor of Francis lives at the exit of the village. He is still stunned by this disappearance: “Before leaving, he had left me the keys to his van so that I could carry the sound system to the Monunents au Morts for the ceremonies of May 8: “Francis was extraordinarily generous. An incredible gift of mutual aid. He had asked me to water his flowers during his vacation.

The church will not be large enough to accommodate all the assistance. More than 150 people will gather around the porch of the church to participate in this goodbye. Slightly aside, Philippe wipes his tears: “There will always be this musician from the Golfingers for me. 40 years of making me dream, today I mourn him”.

Tarn: Francis Delmas, forever a little closer to the stars