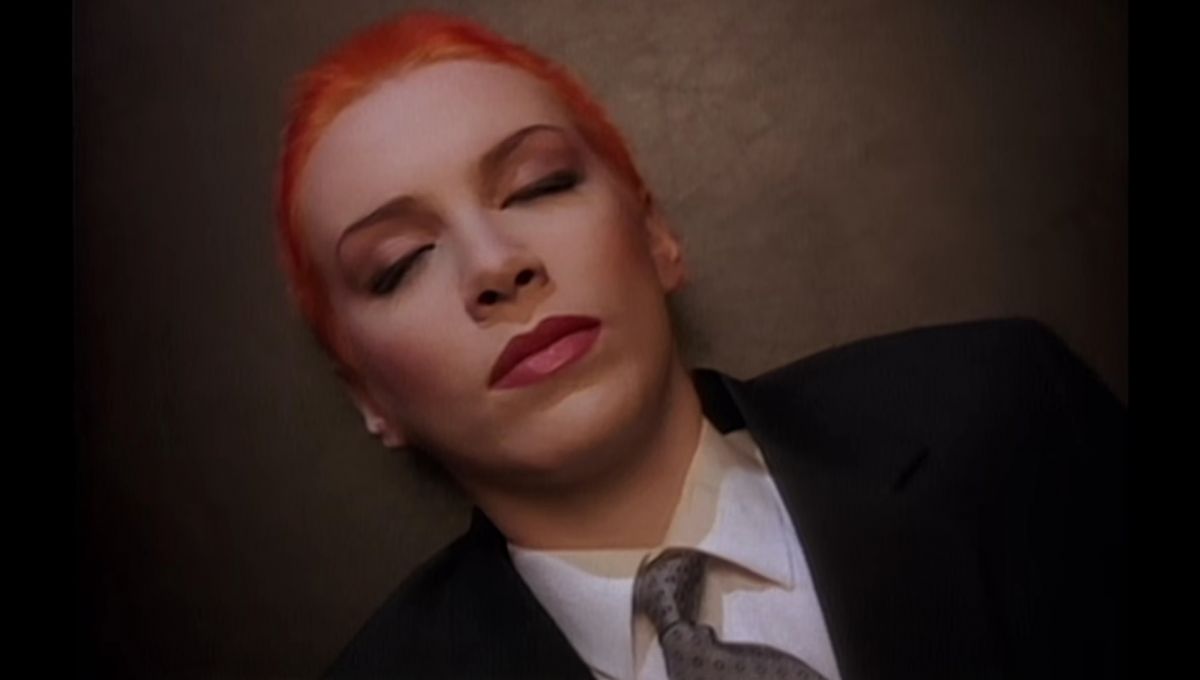 Nothing ventured, nothing gained. This sentence could well find its musical archetype in the history of the piece “Sweet Dreams (Are Made Of This)»released on January 21, 1983 by British duo Eurythmics. A world hit, very anchored in its sound era, of course, but which has found, in originality and formidable melodies, a timeless aspect.

Forty years after its release, this song continues to resonate, and not just a little. For its authors, this is the piece of the last chance, the one that allowed them to become musicians absolutely major pop music in the Western world, which punctuated the 1980s. Its story is that of a couple, but also of this determination which pushes you to go all-in when your back is against the wall. Often it fails. But sometimes it’s a masterstroke. And “Sweet Dreams” is a masterstroke.

Two and a half years before seeing their faces displayed on the facades of the biggest theatersEngland and the United States, Annie Lennox and Dave Stewart were still part of rock band The Tourists. In vain quest for success, they meet again in 1980 to play in Australia, at Wagga Wagga, medium-sized city halfway between Sydney and Melbourne. But tired of the tensions and the marathon trips that are never rewarded by notable record sales, the formation separates on the spot. The group will ensure the few concerts that remain in its contracts, and stop.

Dave Stewart and Annie Lennox are a couple. The evening after the concert, they find themselves at the hotel, quite depressed. Dave takes a small synthesizer, begins to emanate sounds that could be compared to those of a didgeridoo, humming local traditional instrument. Annie sings a bit over it and pitches the idea: “Why don’t we do electronic music?” But for now, there are still a few challenges to overcome.

On the plane that brings them back to England, Dave and Annie record their own separation. She, sunk into depression. He, having survived a serious car accident a few years earlier followed by a very heavy operation, tends to be positive. Their collaboration must continue, as a duo. Arrived safely, they give a last concert with The Tourists in front of four people, then go home by car.

During their journey, the vehicle breaks down, under the snow. Annie’s depression reaches its climax. Especially since the couple (which isn’t really one anymore) is up to his neck in debt. Something has to be done: Dave decides, in the cold, that they will very quickly go to the bank to ask for a new loan and buy equipment, synthesizers, machines that will allow them to satisfy their new artistic desires. They end up arriving at home and go in the week to the bank. Surprisingly, the latter gives them what they came for, and they rush to buy their equipment. More debt, of course.

After finding the name of their new duo, Eurythmics, Dave and Annie set up their personal recording studio above a shop in the Chalk Farm district, north of London, not far from Camden. The problem is that Dave fails to properly use his Roland Space-Echohis Teac Tascam 80-8where Klark Teknik DN50 reverb. Barbaric names for instruments that are not very instinctive for the layman, which require a long time to tame.

While Dave educates himself in electronic music, Annie, she darkens even more. Their first album released in 1981 is called In The Garden. And it’s an oven. So we have to get back to work for the umpteenth time. One evening, Dave plays the synthesizer and finds a singular, very new bass line. Annie gets up from the sofa in which she was desperately slumped and grabs another synth. She brings out melodies of strings, more acute elements. They are holding something, a framework. They are convinced of having hit hard.

Perhaps that’s when these rockers instinctively became electronic musicians, who knew how to write songs together from machines. “It was a behemoth beat, but it wasn’t a song yet”, will tell Dave Stewart at the Guardian in 2017. It will come.

Light in the dark

Their mastodon rhythm is therefore taken to Church Studios, still in London. There, the other elements are arranged and recorded, creating a song that is much more complex than it looks. In its production, it is made of subtle ramifications, of five, six, seven, eight simultaneous voices, some of which sound like echoes, of muddy synthesizer tracks, like meanders, very elaborate and skilfully put together. The drums and lead vocals are clearly heard. But between the two, it’s a real musical house of cards.

For the text, Annie Lennox draws inspiration from her mental state and her recent past. The separation of The Tourists, the end of his couple in love, the desperate search for success… All this turns into “Sweet Dreams”. Those dreams, it is this musical world that they have known for a long time, which reaches out to them, but which they are unable to embrace. These are the tours around the world (“I traveled the world and the seven seas”, “I have traveled the world and the seven seas”) seeking recognition (“Everybody’s looking for something”“Everyone is looking for something”).

With this new piece, the Eurythmics duo will see their record company, RCA. To their surprise, she is not convinced. Because one essential thing characterizes this song: it has no chorus. It is a succession of verses, catchy hooks, bridges and sound progressions, but it does not fit into the usual formats of labels and even less of radios.

To announce their second album, three other singles are chosen: “This Is The House”, “The Walk” and “Love Is A Stranger”. The album was released on January 4, 1983 and reached the ears of a DJ in Cleveland, USA. This one flashes on the song “Sweet Dreams” and airs it on his show. Listener feedback is rave reviews. So, RCA agrees to make it the ultimate single and allow the duo to shoot the clip.

“And here we are, lying on the table, and this cow pissing everywhere”

Filming starts at the end of January. The director Chris Ashbrook is in the maneuver and accepts, on the idea of ​​Annie Lennox, to put the musicians on stage in a meeting room. This room is where record labels discuss and then decide the fate of their artists. It’s a snub to those who didn’t want the talent of Eurythmics, a little booger thrown at them.

Later in the video, we see a wall covered with gold records and certifications. The general public is about to discover the face of Annie Lennox, androgynous, short hair, determined: “I wanted to be as strong as a man, to be Dave’s equal and seen as such. Wearing wigs and being able to take them off represents what women create for themselves in order to be acceptable or beautiful in the eyes of men, it is to drop the masks and show that none of this is real”, will she explain to the Guardian in 2017. During filming, they bring a cow in the reconstructed meeting room. “And here we are: Annie and I lying on the table, and this cow that is pissing everywhere.”

The song is released and gradually becomes a huge hit. “Sweet Dreams (Are Made Of This)” was the eleventh best-selling single of 1983 in England. He conquers United States in stride. It is a title which settles in the heads, on the length, which lasts. Because Eurythmics were starting from afar, they didn’t explode all of a sudden. They had to settle down.

The music video itself becomes one of the symbols of the advent of the American television and music channel MTV, created a year and a half earlier. The group will release six more albums, becoming one of the leading English bands of the 1980s, and Dave Stewart and Annie Lennox will both have very notable solo careers. As Annie Lennox said in an Instagram postJanuary 4: “Songs are like ships… They have their own paths and their own destinations. Once they are gone, there is no going back. All that remains is to continue the journey.”

“Sweet Dreams (Are Made Of This)”, the song that made Eurythmics realize their dreams