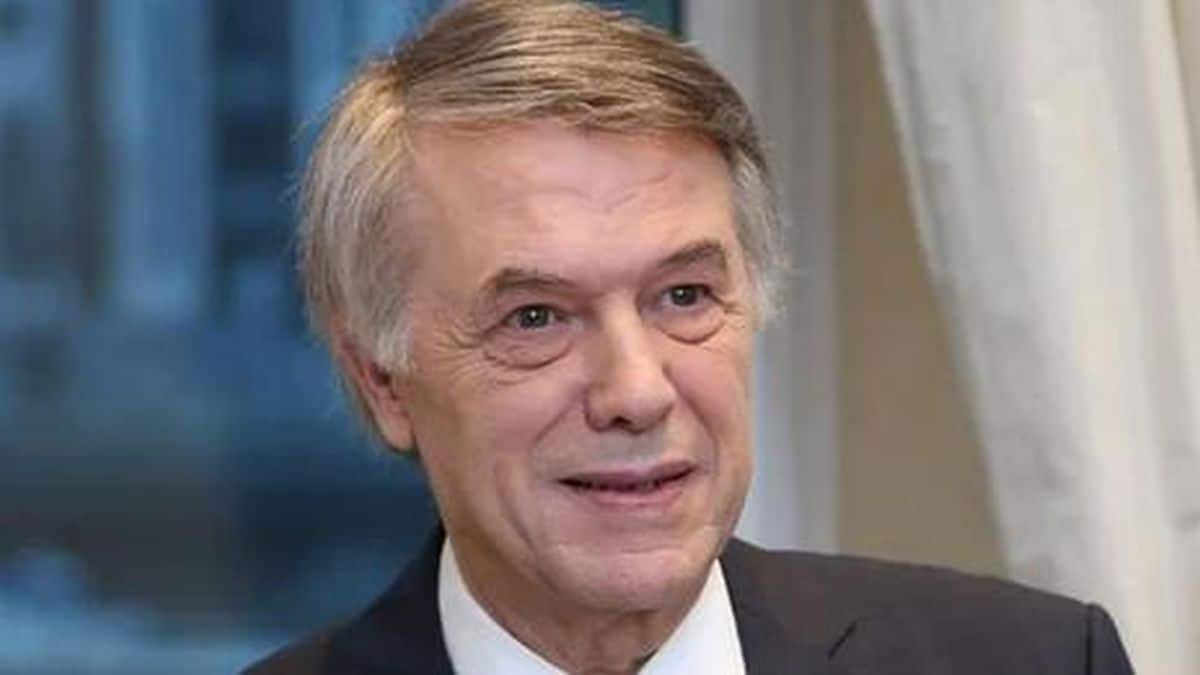 Due to his terrible illness, the singer Salvatore Adamo was forced to cancel his engagements for the release of his album!

It’s been several months since Salvatore Adamo was looking forward to the release of his new album. “In French Please” is expected in the stockings for January 27. But a disease that affects the singer prevents him from promoting this project.

Le Parisien revealed that Salvatore Adamo ” suffers from a hematoma on a vocal cord. This causes temporary aphonia. So he can’t sing.”. But that’s not all.

Our colleagues also indicate on the interpreter from “Snowfall”: “His Belgian doctor asked him not to sing. But also to speak as little and as low as possible”.

“So that his voice rediscovers its so beautiful and singular veiled timbre” . Salvatore Adamo had to cancel his concert scheduled for January 20 in Barcelona. Nor can he honor his interviews and engagement in Brussels.

Because of his illness, he sees his many projects compromised. One thing is certain, it is a terrible tragedy for the main interested party who was happy to return to his dear audience.

The Parisian also revealed that he had started vocal cord rehabilitation. And this, in order to avoid any further surgery. In 2019, Salvatore Adamo had to cancel several concerts.

“I had to write on a slate to express myself”

At the time, Salvatore Adamo told our colleagues from Paris Match: “I lived three months of big doubts. (…) I do not have never suffered from voice problems. (…)”.

Before continuing: “On the other hand, one thing bothered me a lot. It’s being forced into silence for the whole summer. I had to write on a slate to express myself”.

In an interview with the Journal de Montréal, Salvatore Adamo had already confessed that he was very happy to be back on tour in Belgium and France. But he didn’t expect the illness take over.

The singer explained: “I’m proud to still be here after 60 years. Every record, every tour, there was something that told me it might be the last. You can’t predict success.”.

“Being able to last despite everything, I think I won a combination of circumstances. I count on those around me to tell me when it will be time to leave. We gonna have to push me (laughs)”.

Salvatore Adamo delivers on his album

For Sud Info, Salvatore Adamo also gave information on his collaboration with Stéphane Eicher for his new album. He stated: “One day, I heard that Stéphane Eicher dreamed of making an album with me”.

The singer continued: “When I had this idea to record an album of Anglo-Saxon songs. They mattered to me. I thought of him. We contacted him. And he has accepted my proposal with great enthusiasm” .

Salvatore Adamo specified in particular: “I adapted into French titles like “Harvest Moon” by Neil Young, which became “Sous la lune d’or”. Or “Forever Young” from Alphaville, which has become “Young Forever””.

He also clarified in the heart of this interview: “It was a very rewarding stylistic exercise for me. I have adapted 40 songs to keep only 16. I will also sing titles with Jane Birkin, Daniel Auteuil. Or Gaëtan Roussel ».

For the sequel, Salvatore Adamo mentioned that he wanted his career “lasts a few more years. And that I can feel when I should be tiptoeing away. To avoid being too painful ».

Salvatore Adamo: the singer suffering from a serious illness, we will not see him again, the fans in tears!


You can find our social media profiles as well as other pages that are related to them.https://kjovi.com/related-pages/