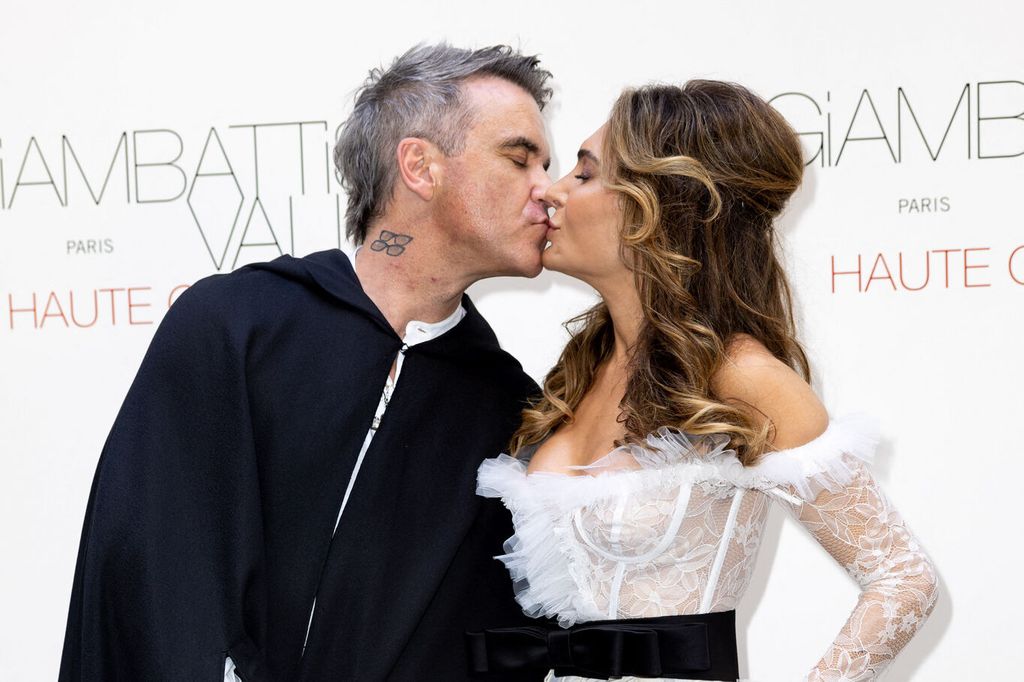 Monday September 12, 2022, Robbie Williams was the guest of Anne-Elisabeth Lemoine in C à vous. The opportunity for him to present his new album, XXV and to confide in his private life.

For 25 years, Robbie Williams has been one of major figures in British music. The 48-year-old man released his new album on Friday September 9, 2022 XXV. This thirteenth album notably contains re-recorded versions of his greatest songs, alongside a jazz orchestra. He also confided in this regard:Each track has a special place in my heart, so it was a real pleasure to re-record them with the Metropole Orkest. I can’t wait for you all to hear it“. In addition to his flagship titles, the singer reveals four unreleased songs whose Lostwhich is listed as the album’s third single.

Monday, September 12, Robbie Williams went to the set of It’s up to yous to present his new album. The opportunity for him to perform his new single exclusively, but also to answer Anne-Elisabeth Lemoine’s questions. While he was a guest on the show alongside Isabelle Hubert, the presenter did not hesitate to praise the actress’s speaking skills in English. She then asked Robbie Williams about their own linguistic qualitiess and particularly on French.

Robbie Williams reveals why he would like to speak French

When he was questioned by Anne-Elisabeth Lemoine on his desire to speak French, Robbie Williams revealed: “Imagine that my wife speaks French. All my children speak French. They talk about me and laugh in French in front of me and I have no idea what they are talking about. So I would have to learn to understand what they are talking about“. A good way for the family of Robbie Williams to tease him daily.

Indeed, the interpreter ofAngels has been married since August 2010 to Turkish-American actress Ayda Field. Together, they are parents of four children : Theodora Rose (10 years old), Charlton Valentine (7 years old), Colette Josephine (4 years old) and Beau Benedict (2 years old). At the end of 2020, they decided to buy a house in the town of Vandoeuvres in Geneva for the sum of 29 million Swiss francs. The family thus had to adapt to French and Robbie Williams did not hesitate to improvise a song in French during confinement asking for “toilet paper“.

Finally, the family acquired another home in March 2022. This time, they decided to settle in the United States in the upscale Holmby Hills neighborhood of Los Angeles. It is a vast mansion built in the 1930s and then rebuilt in the 2000s. This new place of residence has suited the singer, who is much more at ease in Englishhis mother tongue

Robbie Williams: this unusual reason why he wants to learn to speak French