12 titles, 2 hours 37 of show without light pollution and 10 minutes of timed pee break, here is the quick chronicle of the concert of Toolyesterday at the Accor Arena.

9:03 p.m., the room is dark even if some unlucky people are still queuing to deposit their backpacks at the locker (disorganization of Bercy/20) and the room is roaring with pleasure. Behind a huge curtain of filaments which will serve as a projection screen for the first 40 minutes of the show, adam jones, Justin Chancellor and especially, Danny Carey, probably one of the most incredible drummers I have ever seen. Hostilities begin with “Fear Inoculum”, taken from the band’s last self-titled effort. Maynard James Keenan ends up appearing on a set back floor, this one having definitively left the front of the stage. Although powerful and finally very interesting on disc, this title is unfortunately a little marred by the auditory porridge that Bercy has in store for us for the moment and the problem will not be solved before the end of the song. Fortunately, the more the concert progresses, the more the balance is made and we come to forget this false start. “Opiate” follows closely, even if Maynard, after having changed the floor (these frame the battery, placed in the center of the stage), splits a communication with his audience (the first and last before the last piece). The public is delighted with this return to basics and although the 100% seated configuration of the room is a bit surprising, it does not taint the energy released by all the souls gathered on this Thursday evening. 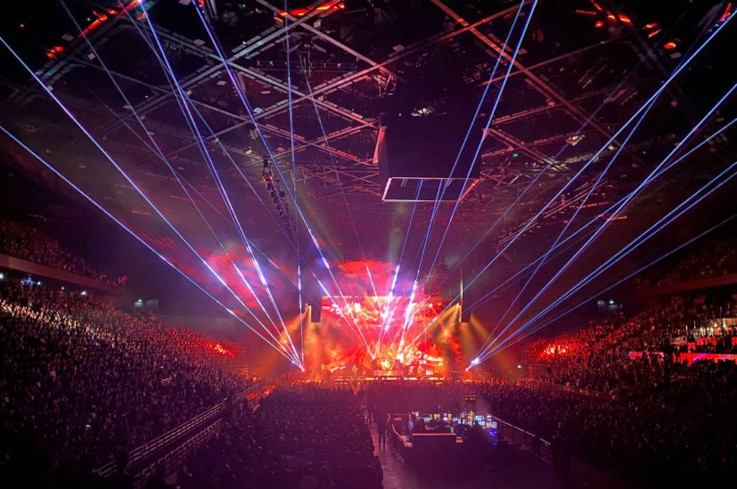 But the most incredible sequence will remain for me the following: “The Pot”, “Pushit”, “Pneuma”, “The Grudge”. Take it in your face, I want to say. The vocal line of the first, the intensity of the second, the incredible climaxes of the third and then quite simply “The Grudge”, it’s a kind of knockout standing (finally seated). Everything is square, in place, and the esoteric imagery of the group, not always to my taste, works so well once animated around the musicians. We have more the impression that they come out of the images than these are projected around them. Then follow “Right in Two”, “7empest” and “Hooker with a Penis” to conclude the main set. Carey is still as impressive as ever, we never tire of watching him, even if Jones and Chancellor don’t disappoint either, pacing the front of the stage almost like wild animals in a cage while Maynard James Keenan makes Maynard James Keenan as we know it. The show is total and we come to wonder how they can manage to do all that with only 4 musicians.

Then comes the reminder / the timed pee break, then the concert starts again for three titles with various objectives. The first is a “simple” highlighting of Carey’s technique behind the drums and even for non-aficionados of the instrument, it is difficult not to remain glued. “Culling Voices” comes next, with the 4 members of the band gathered in front of the stage (madness), before the conclusion of tonight’s high mass with Invincible. There, MJK authorizes the (almost?) complete room to use mobile phones, haranguing the first rows not to use the flash. There’s a slight diva side, we’re not going to hide it, but that’s how it is. And once this authorization has been given, almost one in three spectators draws the demon’s object. Needless to say, it was better without!

We come out of there thinking that despite the price of tickets (exorbitant, we’re not going to lie to each other) and the relative disorganization of the place, it was worth it to come and share such a beautiful moment with all these people. In the room around me, almost everyone had on their faces an expression halfway between that of the happy child of the nursery, the penetrated philosopher and the junkie who has just had the best fix of his life. This concert was heavy, rather generous even if so many titles are missing from the setlist, and both cathartic and painful. Like the group, then.

Review of the Tool concert on May 12, 2022, Accor Arena, Paris, by Coline Magaud