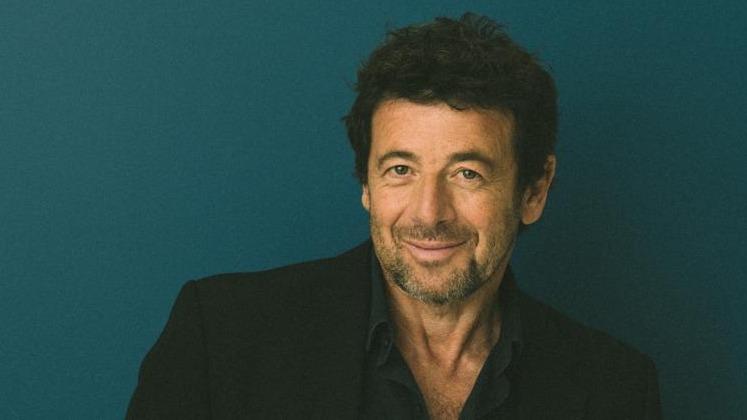 Interview.- Four years after the release of Are we going out tonight…, the singer is back with Once again, a very personal new album. The opportunity to play the game of our “autopromo” interview.

Faithful to his musical universe, Patrick Bruel produced, for this tenth album recorded in the studio, about fifteen intimate titles, for which he collaborated with his longtime partners, but also new faces like Hoshi. Its flagship title? We are talking about it. “It’s been a long time since I’ve written a song that erupts in a form of anger, like in break the voice Where So look“, underlines the idol that the French public has followed for more than thirty years. The opportunity to play the game of our “autopromo” interview.

In video, In “Eternal”, David Hallyday puts in song his anger against Laetitia Hallyday

My mood at the moment?
I am very happy with the welcome given to Once again and how the public reads it. I evoke in this album social subjects that matter and that challenged me.

Is this my most intimate album?
We tend to give in to superlatives, but all my albums are autobiographical. I feel like I’ve been searching deep inside myself and still exploring… The work is never finished!

The title of the album Once again…
…means that we reset the counters and that, despite the baggage we carry, we start from a blank page with each new project.

I’m not very forgiving with myself, I prefer myself on the move

My character ?
In everyday life, I tend to forget that I am a public figure, with what this notoriety can sometimes generate in people. But I never misuse my status, neither for a restaurant reservation, nor to double in the queues at the chairlifts.

What do I tell myself when I look in the mirror?
I tell myself that there is work! I’m not very indulgent with myself, I prefer myself in motion.

The review that makes me happy?
I like to hear that I am demanding. Of course, this may mean that I am a pain, but, generally speaking, the criticisms that make me happy are those that serve to improve me.

Do I still have the sacred fire?
Oh yes ! I felt happy at the end of writing this tenth album and I feel this sacred fire every time I’m on stage. If all goes well, I will go on tour again in early 2024.

My other activities?
In March, I should start filming a Franco-Israeli series created by the authors of Fauda. It’s a spy story, in which I play an agent who, when it’s time to stop everything, sets off on an investigation. I am very excited about this adventure.

My moods, my flaws, I reserve them for my songs

What question do I never answer in an interview?

None, because you can always pretend to answer a question by bypassing it…

The subject that makes me go out of my hinges?

They are many, but the filibuster practiced recently by the deputies of the National Assembly came to contradict everything I hope and expect from politics. I want to say to the men and women politicians: “Play together, develop a common project for at least a month by taking the best of each. Accept that the other does something good, footballers do it well! Today, people are fed up with party politics and are making it pay at the ballot box. At the same time, some are surfing on fears, and then settling populist discourses that lead nowhere.

Talk about me in an interview…
I’m not that sure of myself, and I got into the habit of only showing what was bright. My moods, my flaws, I rather reserve them for my songs.

Is the latest album still the best?
Anyway, I want that. But, for this one, it really is! (Laughs.)

Once again, by Patrick Bruel, Columbia/Sony.

Patrick Bruel: “When I look in the mirror, I tell myself that there is work!”