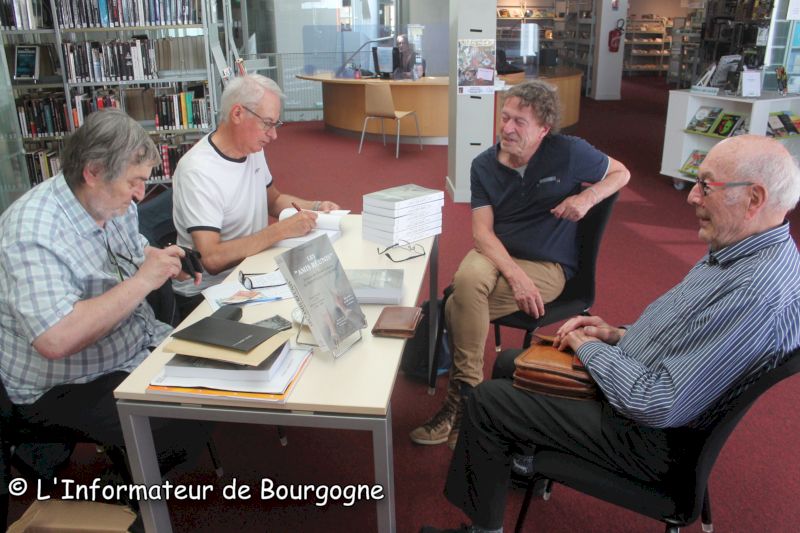 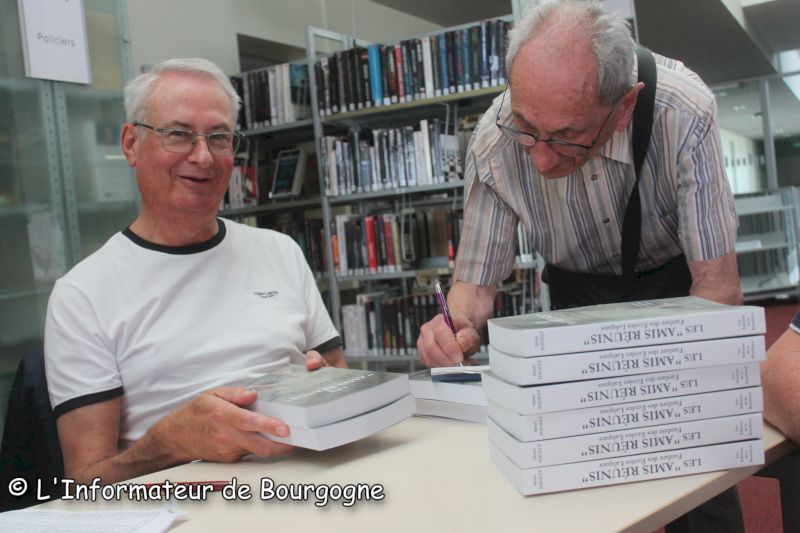 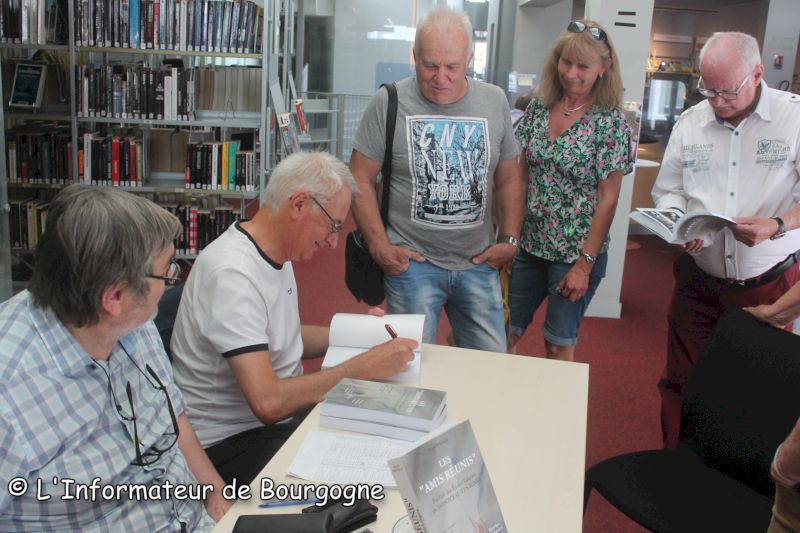 He studied flugelhorn and trumpet at the municipal music school in Montceau-les-Mines, which does not prevent him from adoring Polnareff. So in thanks for writing the book “Les Amis Réunis”, resounded in the ADJ hall, “Lettre à France”. Touched in the heart.

Henri Touilly, it was he who was part of the Amis Réunis for at least 30 years, it was he who had the idea of ​​writing this historical book on 105 years in fanfare.

In his youth, he joined the “Juniors” orchestra before putting both feet in the “Amis Réunis” brass band and, a few years later, taking up the brass in the symphony orchestra of the Municipal School of Music. . “I was also for a few years a member of the “Symphonies du Roy”, a baroque ensemble created by Daniel Ribolet” he wishes to specify.

Secretary to the brass band, it was in 1982, he noted the importance of the archives and documents that the company had kept for nearly a century. Henri Touilly immediately saw the potential. He then begins to scan, sometimes!

“Retired (he worked at the town hall of Montceau), taking advantage of my free time, I undertook to collect all these documents in a book. Very quickly I said to myself that it would be a shame not to benefit at least from it, the musicians who were part of the “Friends Reunited” he says. Coincidentally, confinement allows him to refine his project.

Three great conductors at the baton

This book, let’s not be afraid of words, is a gold mine. It can be read without needing to know music theory and is much easier to decipher than Le Roi d’Ys, an overture by Edouard Lalo or Impressions d’Italie, a suite for orchestra by Gustave Charpentier, two pieces that the Amis Réunis performed in 1929 to the Miners’ Union. “What audacity to tackle such pieces, they must feel very strong” wrote a journalist at the time.

Three great conductors propelled Les Amis Réunis into the high musical spheres during this period of the 30 glorious years. Louis Gorgereau, Claudius Pariat and Roger Nectoux led the company for a century. “The first consolidated it, the second brought it to the top of the musical hierarchy and the third deepens the work of the other two” writes in his preface, Noël Daroux who was honorary president of the Amis Réunis from 1988 to 1999.

How many will recognize themselves or identify a musician among more than 200 photos that illustrate this book, also remember the banquets, the laughs with the single note, that of the tuning fork that sounds friendship. “Isn’t friendship a form of music? said Erik Orsenna.

Henri Touilly provided an extraordinary work to compile in 331 pages, the history of the brass band of the secular schools of Montceau-les-Mines, Les Amis Réunis, which every Montcellian must have in his library. Without forgetting the CD attached to the book.

In addition to Henri Touilly’s score

The cover of the book is the reproduction of a watercolor made for the centenary of the company, in 1987 by Jean-Claude Bligny.

This book is the first to be published in 300 copies by les touts nouvelles Editions de la Bourbincecreated by Jean-Michel Chantreault (Génelard).

Proceeds from sales will be donated at the end of the year to the “Music and Health” association which works with sick or disabled people in hospitals. A way of extending the actions of the musicians of the “Amis Réunis”.

To this book is therefore attached a CD-ROM composed of twelve tracks recorded thanks to Gaston Billot (former deputy bandmaster) at the CAR in the 1980s, including two works performed together with the no less famous band “l’Union Musicale” of Saint-Marcel. A way to better realize the excellence of the Montcellian society (classified for 30 years by the Musical Confederation of France, in honor division).