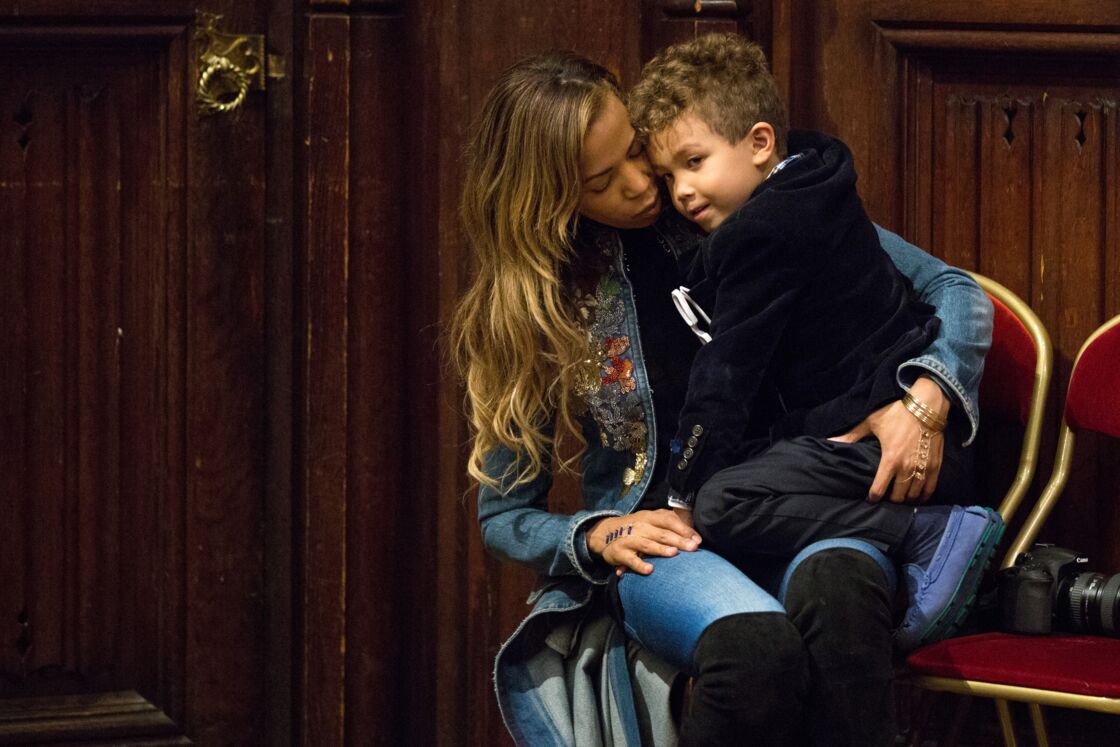 Michel Polnareff has just published on social networks a new clip for Letter to France, announcing a priori his return. Father of Louka, soon to be 12 years old, he discovered at the birth of the child that he was not his biological father.

It is sometimes difficult to disentangle the true from the false with Michel Polnareff. Between what he says or not. And what the media say or embroider. In short, the singer announces it seems his return with a new album entitled Polnareff sings Polnareff. On the private side, it was said that after a final family crisis, his companion, Danyellah, had returned to his parents, in Montpellier, his son under his arm. But Polnareff posed some time later with her, thus silencing the rumors.

Louka, the son of Michel Polnareff and Danyellah will be 12 years old on December 28. And if the singer willingly talks about the importance of this child in his life, and even ” of an almost biblical story ” between them, his birth was immediately followed by a scandal.

On December 28, 2010, Michel Polnareff announced the birth of the first PolnaBB (he never had a child), baptized Volodia, and son of his companion, 36 years his junior, who shared his life then for almost ten years. A happy ending for the one who had just celebrated his 66th birthday. Especially since he himself had cut the umbilical cord, the child being born at their home.

Michel Polnareff: this shock announcement made in the pages of Gala

But two months later, on the cover of Gala magazine, he made this revelation: “ This baby is not mine! “, and spoke of” treason “. Michel Polnareff had just learned, following a DNA test carried out at his request, that he was not the biological father of the little boy. We then learned that the child was born from a sperm donation. But it was not that of the singer. Separation, violent settling of scores by the couple in the press… the break seemed final.

However, a few months later, the young mother returned to the marital home of Los Angeles with her little one… Louka (Volodia having therefore changed her first name). The couple gave themselves a second chance and Michel Polnareff explained it.

” It was a shock to mehe confided on RTL. She wanted to please me because there was obviously a compatibility problem. She called on a donor and at first, I got very upset. I have since forgiven him. It’s much better that way, because he’s a good person, who – let’s say – did it badly. She wanted me to ignore the thing. I think she should have told me about it, because I thought for a second that she might have cheated on me. »

Since then, Michel Polnareff, who said he was very attached to this child, would have officially adopted him in 2016. And, according to his statements, made him his heir. ” It seems to me unthinkable for it to be otherwise. The right to my work will be in a logical order of disappearance for Danyellah, then for him. It is totally protected. “, he declared to the Parisian last year.

On his last album, the singer signed a song inspired by Louka, entitled don’t grow upin which he writes: What if we look alike/ It’s to grow together/ Grab my hand/ Let’s walk in your drawings “.

Michel Polnareff: return to this scandal around the birth of his son