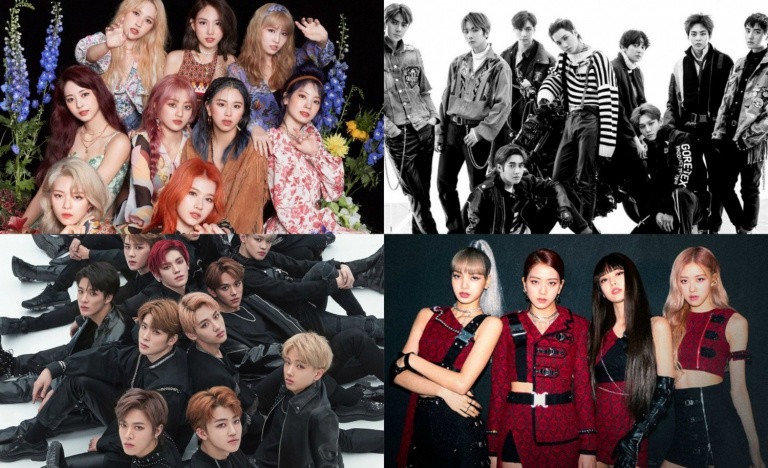 news culture K-pop: what are the favorite video games of the members of the BTS group?

K-pop for a few years now has been very well established worldwide. This is therefore an opportunity to meet the BTS, an extremely popular South Korean group. Initiated in video games, they have already unveiled their favorite titles on several occasions. Do the members of this boy band have good video game taste? What affinity do they have with video games? We will see that right away!

It’s hard to miss this South Korean surge named Hallyu. K-pop (for Korean Pop) is music produced in South Korea. It is a musical style that mixes pop, rap, dance or even electro. With meticulous choreography and extremely elaborate music videos, K-pop has made a big place for itself in the hearts of fans around the world. This industry is extremely demanding in order to always find the most promising talents to compose a group. Every detail is combed through to provide the best for fans.

Mixed groups are very rare, which makes it possible to see a lot of groups composed only of women or men. Each member of a group has a specific role as lead singer, leader, main dancer or visual (the person judged to be the most beautiful in the group.) K-pop groups follow one another and make history by forming over time, generations. We are currently at the 4th generation of K-pop and this great genealogy is not ready to stop. Groups like BTS are enjoying great fame, which portends a bright future for K-pop.

The famous K-pop group BTS and their favorite video games

Extremely famous, the BTS break all records. Composed of 7 members (RM, Jin, V, Suga, Jimin, J-Hope and Jungkook), this boy band has quickly gained popularity since their debut in 2013. Their fans are named the ARMY and are ready to learn all about the members of this group… including their favorite video games. Their popularity is such that one might wonder if the mere mention of a few titles could bring in a horde of new players. It was during confinement that BTS made a list of the games they like and recommend.

When they were asked the question whether they preferred League of Legends Where Starcraft, RM and J Hope directly voted for Blizzard’s RTS. Jin prefers as for him, the famous moba of Riot, where he plays… Jhin. Fan of this character or just a pun with his own name, he went so far as to change his image and Instagram bio to display the image of the character as well as a quote.

Overwatch particularly attracted 3 members of BTS: V, Suga and Jungkook. The latter was able to show the world in 2019, a glimpse of his gaming skills in a Twitter video. Needless to say, they probably have very little time to allow themselves to play around with their extremely busy schedules. In other words, no chance of crossing them in the new version of the game released at the beginning of October,
Overwatch 2.

Jimin received a Nintendo Switch from Jin where he could play
super mario odyssey and V used to play with ARMYs at
PlayerUnknown’s Battlegrounds, to get closer to their community. Jin is the most video game-playing member of the group, he also enjoys gaming
The Lion King which he played live for his birthday and the MMO
MapleStory which he spent a lot of time on.

BTS are a very lucrative group, so it’s not surprising to see video games with this boy band as their theme. Mainly mobile games, they are only titles aimed at hardcore fans… There is absolutely no point in playing them if you don’t like this boy band or K-pop in general. For example, in BTS Worldyou play as their manager before the group’s debut until 2019. There is the narrative game BTS Universe Story where you can choose the direction that the scenario takes by selecting lines of dialogue offered. In a completely different register, you will help the 7 South Korean singers and dancers to survive on a desert island in BTS Island: In the SEOM. If you are a fan of BTS and video games… You have plenty to do!

Find here the latest collaboration between BTS and a video game

K-pop: what are the favorite video games of the members of the BTS group?