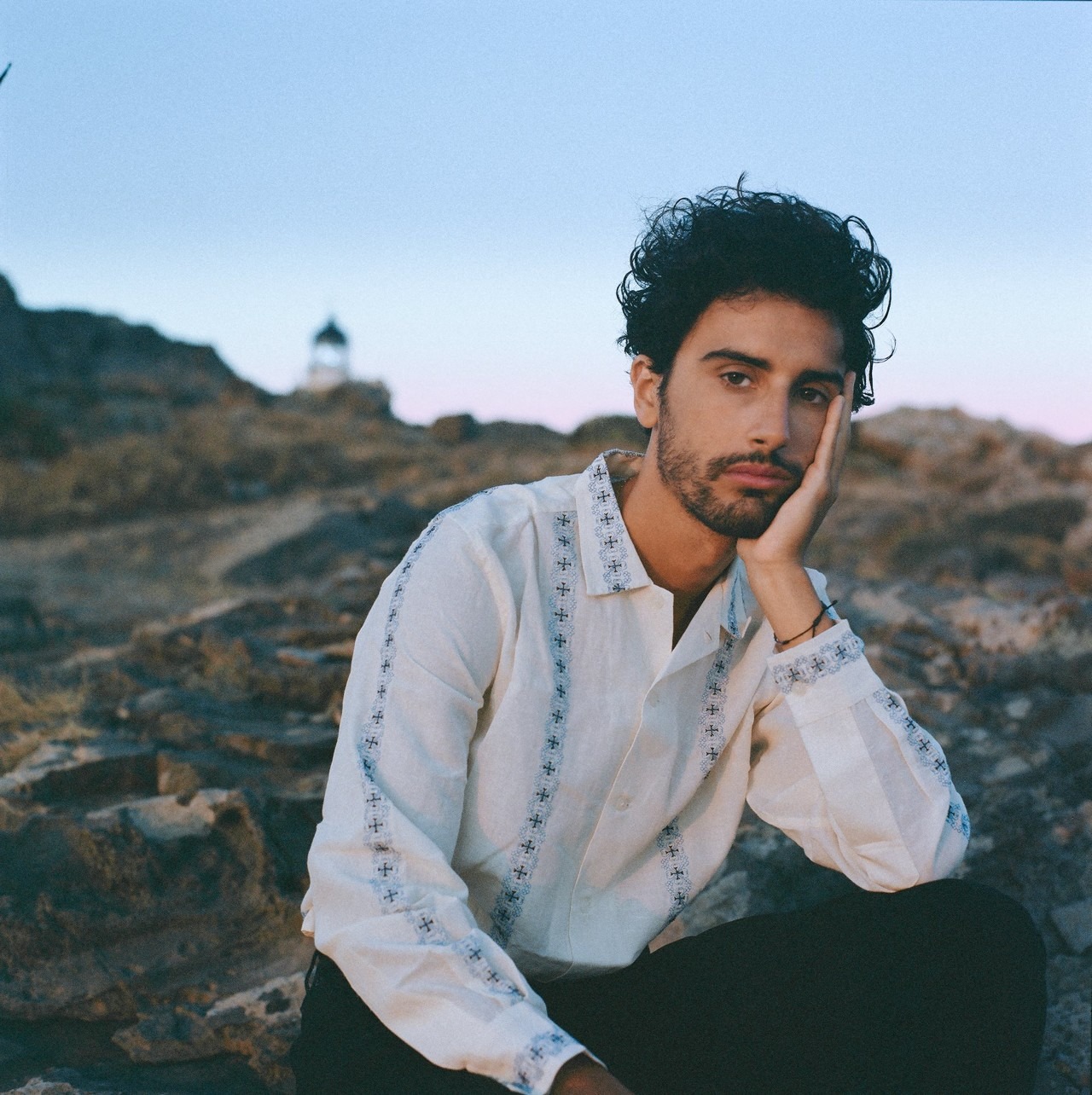 four years later the release of a first disc which had been hailed by criticsthe young singer Foe – with a deep and bewitching voice – returns with a second album entitled “Golden Paradise”. A rich and intimate opus that gives this 25-year-old artist from Toulouse the opportunity to assert himself both as “a singer of French songs” and as a composer of great talent. Interview.

News: Paradis d’Or was released a few days ago. We feel that compared to the first album, you have taken a new artistic turn. What can you tell us about this?

Foe: “This album is a long-term job that began in April 2018. The release of this record is therefore the end of a long road and the start of another! The first album was a business card, a laboratory. I was young and all fired up, I was doing one song by song, and that gave an album. This second album, I thought about it in its entirety. I fed on the criticisms made on the first album, on my voice for example. I also “ate” really a lot of French song, I digested it and I put a lot of it back on this disc there”.

From now on, you assert yourself as a singer of French songs in your own right?

Foe: “I don’t really like to put myself in a box, because I love artists who try to renew themselves with each album! Maybe on the next album, I’ll be an electro singer, who knows! In any case, I tried to evolve compared to the first album, and currently we can say that I am a singer of French song”.

“I almost feel like another me made this album! »

The first album had excellent reviews and allowed you to win a nomination for the Victoires de la Musique. Is there any pressure on your shoulders with the release of this second album?

Foe: “I’m lucky to be surrounded very well and that I was given time to make this album. So, frankly, I have no stress. I have the feeling of having accomplished my work. Now it’s up to the public to take it and see if they like the record or not”.

Precisely, how was this album conceived?

Foe: “It was done in several stages. First in Toulouse, then in Paris, where I settled. After the first album, I had to experience things a bit… I wrote a lot in my studio Parisian. Then during confinement, I went back down to Toulouse and I found myself at the same starting point as for the first album, in my room! It was a long creative process, so much so that in the end, this album, I I almost feel like it wasn’t me who wrote it. It’s quite a funny feeling, by the way! I have the impression that it was another me who did it, c “is quite strange. In the end, if people really want to understand the essence of this album, I advise them to listen to the whole thing. I really tried to build an album and not only songs!”

“I listened a lot to Michel Berger, Barbara, Brel…”

So releasing a 16-song album still makes sense in 2022 for a young artist like you? Because nowadays, we value singles more, right?

Foe: “When you’re an artist, being able to release an album is a huge opportunity! In reality, I’m not too fashionable and I don’t like to follow trends too much, because a lot of people do it better than me. I try to get out of the game, to bring added value. Today, albums are no longer really constructed and somewhere, that’s a shame. We have to think about singles, that’s for sure, but to have a second reading on a project is important!”

The melodies are particularly worked on this album. Is it important for you?

Foe: “The melody, the harmony, it’s something I love. I listened a lot to Michel Berger, pieces by Barbara, Brel… It’s super inspiring to tend towards that, towards these arrangements. This search for song, for feeling through melody, is something that I love. I consider myself more of a composer than an author. I love writing lyrics, but composing songs is what which animates me even more”.

You are now exiled to Paris but we imagine you are still attached to Toulouse!

Foe: “As soon as I can go back down to Toulouse, I do! The quality of life is much better there! Every time I go up to Paris, I feel like I’m going on an adventure, whereas when I’m in Toulouse is relaxing. I have my family, my friends there… I also hope to play in Toulouse in the spring! I’m not a huge chauvinist but I love my city. So a concert at the Metronum, for example, that would be amazing!”

Foe: “Not that much! I’ve always made my way in my corner. But I’ve met great artists like Lombre, Bigflo and Oli, Berywam… But apart from them, I have to admit that I don’t have a highly informed ear on what is happening in Toulouse!”

Are there any artists who have inspired you in recent months?

Foe: “Spontaneously, I think of Juliette Armanet, Clara Luciani or Janie… I love it! They are artists who inspire me a lot”.

The French song is in full revival. Do you feel that you have fallen into a “good period”?

Foe: “There is a revival, for sure! From there to say that I am in a good period, I do not know. Maybe if I had been in the 80s, it would have worked better for me But there is an openness, a renewal that is taking place. I have a good feeling about the coming years”.

Was this article helpful to you? Know that you can follow Actu Toulouse in space My News . In one click, after registration, you will find all the news of your favorite cities and brands.

Interview. Toulouse. Singer Foé: “In the 80s, maybe it would have worked better for me!”


Check out our social media profiles as well as other pages related to themhttps://kjovi.com/related-pages/