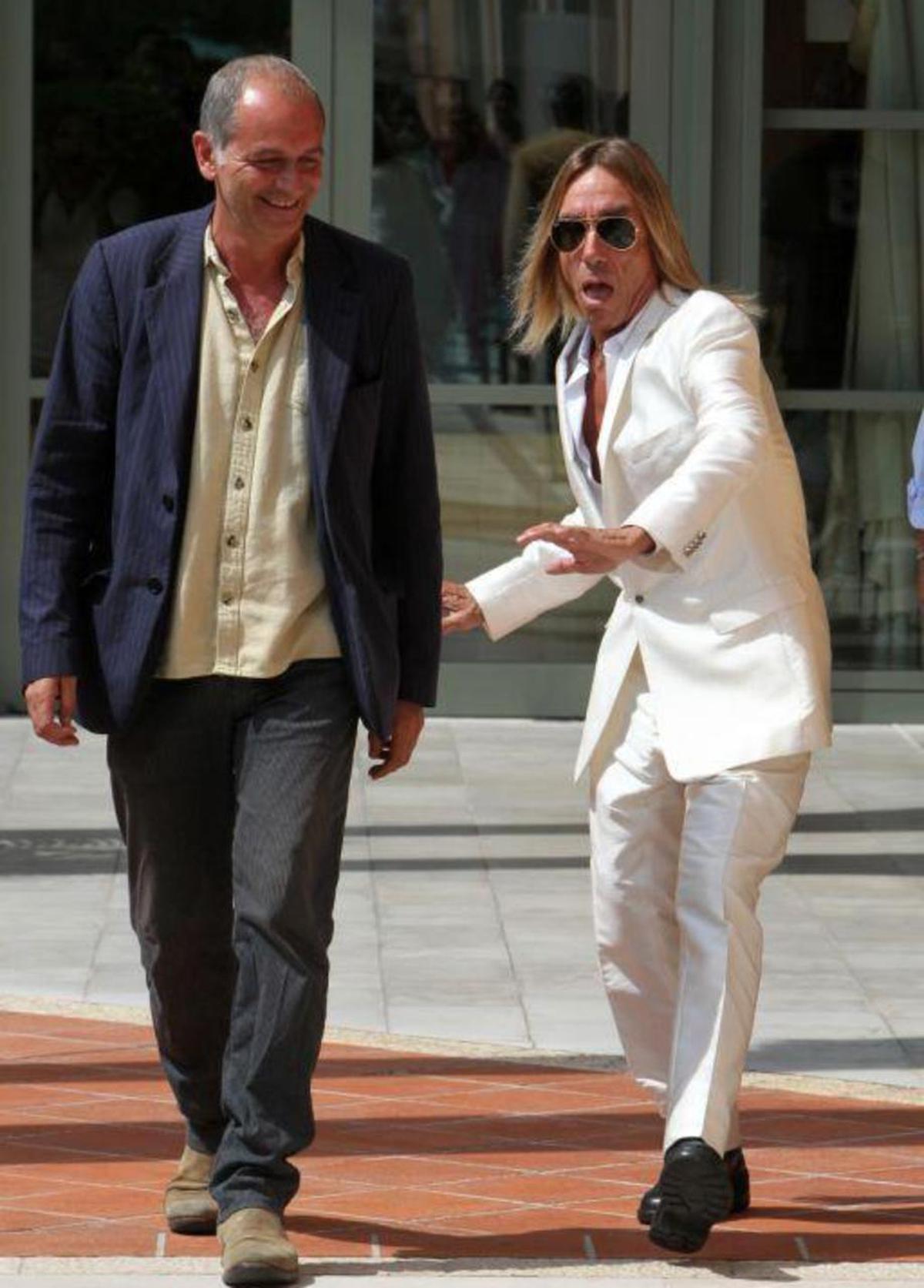 Why does this “Free Tour” visit places like the Salle Pleyel or the Opéra de Bordeaux?

The initial idea was to offer recitals in line with “Free”, his latest album released in 2019, with very jazzy colors. But because of the pandemic, Iggy was only able to give two concerts (at the Gaîté Lyrique in Paris and in London, editor’s note), which generated great frustration for him.

Convincing prestigious halls like the Salle Pleyel in Paris or the Opéra National de Bordeaux was not so complicated, because Iggy Pop is a well-known and recognized artist.

When we talked about all that again, he said to me, “I remember. But the first thing is that what I told you was two and a half years ago! In the meantime, he has done a lot of things… except concerts. And he is inhabited by the urgency, by the challenge of seeing if he can be on stage as he has always been. When Iggy gives a concert, it’s to kill. And he won’t take any prisoners.

So inevitably, we are quite far from the piano-voice recital that some imagined! When he heard the way the five French musicians who accompany him revisit his emblematic titles, with brass, he was thrilled. In fact, the only difference with a regular Iggy Pop concert is that he wears a jacket when he enters the stage (laughs).

“Before each concert, he does a 24-hour fast to be able to give his all”

I’ve worked with him since 1978, and Iggy has never done such a long French tour. It is extremely rare for an artist of this level. But he wanted to highlight his privileged relationship with our country. French culture is really close to his heart. We know his love for cinema and French literature. We know less about his passion for the history of France: that of the Cathars is one of his specialties.

In recent months, he has collaborated with many local artists, such as Thomas Dutronc, Tryo, the Landes duo The Inspector Cluzo… In 2012, I produced his album “After”, on which he sang “La Javanaise » by Gainsbourg, « La Vie en Rose », « Les Passantes » by Brassens, « Syracuse »… We will be republishing it this year for its tenth anniversary, with a moving bonus track.

What memories do you have of your first meeting with him?

We were in the middle of the punk period and I was a local promoter for KCP in Toulouse. I organized his concert at the Halle aux grains. When I told him there was no opening band, he said “no problem, I’ll do my own opening act”! He wrapped a white towel around his head like a turban, and went on stage incognito. He presented himself under the pseudonym of Smegma, a term which designates a secretion appearing on the genitals during the sexual act. He was always extremely romantic!

The funny thing is that the public did not recognize it. He did his number, left the stage… And a few moments later, he went back up there to do his real concert.

Since then, we have often worked together and a real trust has developed between us. When we meet again, it’s as if we had parted the day before, which I consider to be the guarantee of a real friendly relationship.

Do you take advantage of this tour to visit the cities you pass through?

No, because he needs to stay totally focused on the gigs. These 14 dates in three weeks, it’s a very dense rhythm, a real challenge. It would be for any artist. We’re doing everything we can to make Iggy feel like he’s in a bubble. You should know that before each concert, he fasts for 24 hours to be able to give everything. His voice is impeccable, his energy always there. And every concert is an extraordinary experience.

Iggy Pop in concert in Bordeaux: “He is inhabited by urgency”