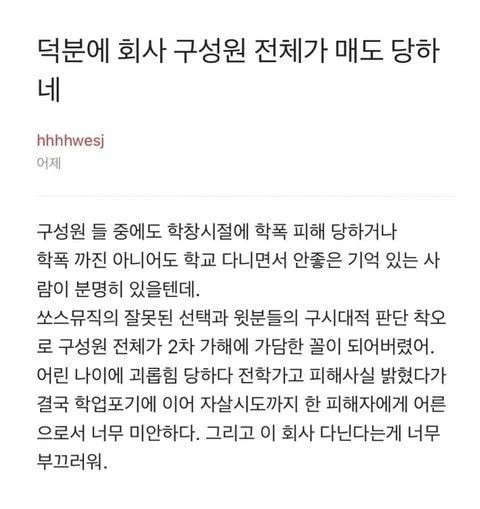 HYBE has been surrounded by controversy for some time.

In particular, Le Sserafim, the agency’s new group, is caught up in school violence controversies against member Garam.

Although several pieces of evidence and testimonies do indeed seem to indict the girl, HYBE continues to deny and has announced legal action.

Now, people claiming to be HYBE staff have complained about the company’s protection of Kim Garam.

Recently, some users of the Blind business review platform, which only allows people with work emails, commented on the ongoing controversies surrounding Kim Garam.

These posts were shared via a popular online community. Here they are :

“Thanks to them, the whole company is denigrated. There must be employees who have been bullied at school or have bad memories of going to school even though they weren’t bullied. Due to Source Music’s poor choices and old-fashioned thinking/misjudgment on the part of management, all employees have become secondary perpetrators of the victim. As an adult, I feel sorry for the victim, who was bullied at a young age and went to school to disclose the abuse but eventually had to give up and even attempted suicide . And I’m so ashamed to work for this company. » 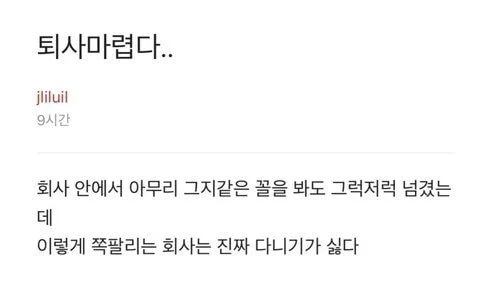 “I want to quit… No matter how many dirty things I’ve been through in the company, I’ve given up somehow. But I really don’t want to work for such an embarrassing company anymore. »

Another employee explained that he had been bullied at school and was disappointed with the way the company had handled the situation. 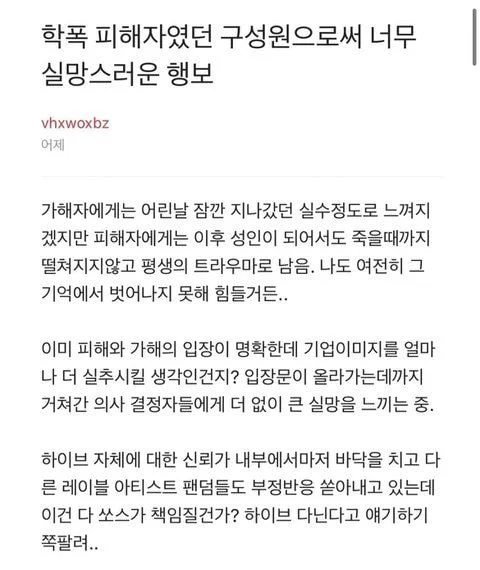 “I am so disappointed in the direction of the company as an employee who was bullied at school.

The abuser may feel like it was a simple mistake made when he was young, but it remains a trauma for the victim even after becoming an adult and even until his death. I’m still struggling with those memories and I’m not able to escape them…

It is already clear who the victim and the aggressor are, how much do they plan to damage the image of the company? I feel the greatest disappointment with the decision makers who made all the decisions for the statement to be published. Confidence in HYBE has hit rock bottom. Even fandoms of artists from other label houses are reacting negatively to this. Source [Music] will he take responsibility for all this? I’m even embarrassed to say that I work for HYBE. »