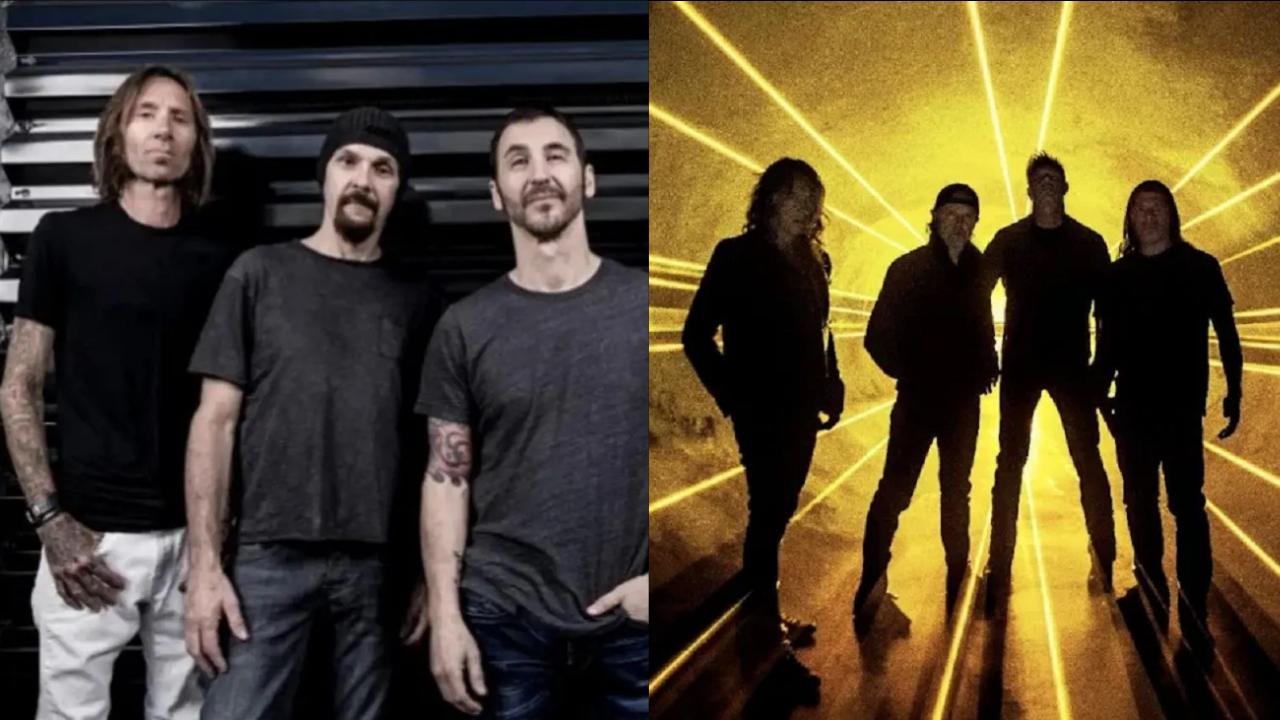 
Many people have given their opinion on the latest single from MetallicaLux Æterna, and now it’s the turn of the drummer of GodsmackShannon Larkin.

Larkin was recently a guest on the 2020’d podcast, and at one point compared Godsmack and Metallica’s performance on the charts and on radio Rock in the USA.

Godsmack is known for having a dozen number one rock singles on the charts, the latest being Surrender, released around three months ago, which Lux Æterna did not dethrone upon its release (remaining number two just behind Surrender).

During the interview, the drummer referred to the musicians of Metallica as “rightful heirs to the number one spot of the Hard Rock“, but speculated that Lux Æterna probably wouldn’t have been as successful on the charts if it had been released by another (lesser known) band.

He stated : “In the real world, [Metallica] is the rightful heir to the top spot in hard rock. They deserve to be number 1. I listened to the song… I was like ‘Wow’. It kind of sticks in your head. It is understandable. And it looks like Motorhead…James [Hetfield] sings quite high in the chorus. I was surprised… I think it sounds fantastic. When I heard it on the radio, I was stunned.”

He added : “If a new group landed with the song Lux Æterna […] she wouldn’t be number 2. She might not even be in the Top 40. Who knows? Even though it’s a great song. A great song, with a great chorus, as I said. But since it’s Metallica, they can go on the radio with a song that sounds like Motörhead, with double pedals and all that. It’s very 80s. They can do that because they reigned supreme in the 80s.”

He also noted that if Metallica had chosen to release a less “Heavy Metal” and had opted for a more rock title or a ballad as a single, they would probably have taken the first place.

Godsmack will release their new album, Lighting Up The Sky, Feb. 24, 2023 via BMG. The album’s lead single, Surrender, can be heard below.

Co-produced by singer/guitarist Sully Erna and Andrew “Mudrock” Murdock (avenged sevenfold, Alice Cooperetc.), Lighting Up The Sky is presented as “a concentrate of powerful stories”.

Apparently, the album explores encounters between boys and girls, obstacles in relationships, political climate and the state of the world, betrayal, contact, reversals, and more. It also touches on the notion of legacy, what we leave behind, an appropriate theme for what Erna sees as Godsmack’s latest studio album.

Shannon Larkin on the 2020’d podcast:

Godsmack Drummer on Metallica’s New Song: “If It Came From A New Band, It Wouldn’t Be Number 2 On The Charts”