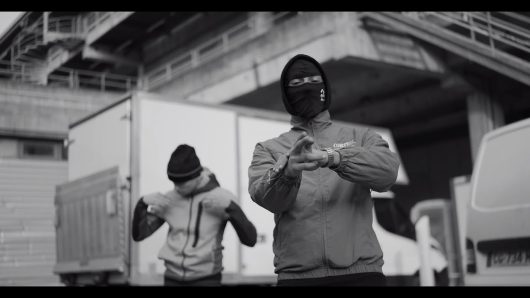 Last March Freeze Corleone tackled Skyrock in the title “Riyad Sadio” in collaboration with Ashe 22 in response to a lack of support for the controversy concerning him on accusations by the LICRA of having made remarks inciting racial hatred. Laurent Bouneau, the general manager of radio programs, returned to this affair in an interview for Alohanews, which challenged the rapper’s manager, Shone.

The controversy erupted at the start of the 2020 school year following the release of the album ” The Phantom Menace“, Freeze Corleone found himself facing accusations of anti-Semitism and apology for the Third Reich. At the time of the facts Skyrock entered the single “ Rap Catechism featuring Alpha Wann in rotation on the radio, but Laurent Bouneau then announces the withdrawal of the piece, explaining “In view of the current controversy, contrary to the values ​​we defend. We stop its programming. ».

“Fuck Skyrock, R.À.F of the radios, we want the same money as the Rabiot. Corleone, 2-2 aka Sadio, Riyad Mahrez2-2, Corleone, you know that only Allah can stop us” then swung the interpreter of “Freeze Raël” on the song “Riyad Sadio” while the legal proceedings against him had not resulted in any prosecution and his album was a real success.

“It’s really stupid all the same. There is a genocide in the Democratic Republic of Congo: we have to fight for it to be recognized. But to say: “I don’t give a damn about the genocide of the Ju*fs”, because we think that nobody gives a damn about the genocide in the DRC, is profoundly stupid. This is what I call discrimination in horror” says Laurent Bouneau in this interview with Alohanews on the words of the rapper from 667. “He’s a talented guy, his album was a bomb. I took a slap on this album, like I took a slap on Mauvais Oeil. But you don’t fight evil with evil, I think it’s still very stupid” he confides then on the album “LMF”.

Shone prefers to laugh about it

“It’s like always. You talk bullshit, but you don’t have success so you’re under the radar and then as soon as you go out, you get shot. The album that was potentially the least attackable of Freeze Corleone, it is the last and it is the one which paid for all the others” explains the director general of programs of Skyrock before confessing, “He still left through all his albums beforehand, like on this one, referring to it. There were no potentially explicit comments there, but he still referred to them beforehand. We can’t say 100% that the guy is just provocative. It’s not true”.

A statement that made Shone laugh on Twitter, Can’t wait for part 2 of Laurent B’s interview where he finally answers the question “why did you deprogram Freeze Corleone without conviction? “Nan I laugh jmen beat the lleucs, I’m a pain in the ass” he commented before adding, “But I understood one thing in this interview, Laurent Bouneau really likes what Freeze does and I’m sure he knows he’s not anti, cpdt he didn’t have the necessary cojones…”.

Can’t wait for part 2 of Laurent B’s interview where he finally answers the question “why did you deprogram Freeze Corleone without conviction? »

Nah, I’m laughing, I’m beating the kids, I’m a pain in the ass

But I understood one thing in this interview, Laurent Bouneau really likes what Freeze does and I’m sure he knows he’s not anti, cpdt he didn’t have the necessary cojones…