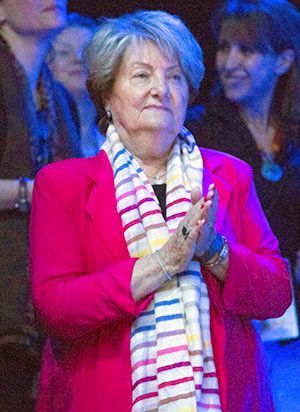 He has always been very modest, devoting his entire existence to his family, his music and his dear town of Astaffort, in Lot-et-Garonne, where he was a municipal councilor for fifteen years, and where he still resides… An unfailing loyalty to his roots, which Francis Cabrel has always claimed and which makes him a unique artist in the world of French song… But today, as he prepares to celebrate his 69th birthday on 23 next November, the singer lost the last link in this chain of love that linked him to his origins and his family, with the disappearance of his beloved mother, Denise, on October 11, at the age of 90.

With the death of Denise, 90, the artist, her brother, Philippe, and their sister, Martine, are now orphans.

Ten years ago, in 2012, he had to face the death of his dad, following a long illness, a man to whom he had paid tribute eight years later, in At dawn returninghis fourteenth album, released in 2020, with a moving title entitled look like you. “I had been thinking about it since I started singing, I think, he then confided in The Latest News from Alsace. But I always pushed back, because I knew it would be painful and I was going to venture into intimate territory, which I don’t like. I had shunned him a little, out of shyness. »

This “territory” that he modestly forbids himself to cross more often than not, the author of Little Marie However, he had already ventured there to evoke all the love he had for his mother, originally from Friuli in Italy, who was, alongside her husband, a worker in a biscuit factory, a modest cashier in a cafeteria.

In 1979, in A star in his own waythe famous Occitan born in Agen said all the tenderness and admiration he felt for the woman who had given him life, and of which we reveal some superb lines: “She lives very slowly, for her man and her children / Without ever straying too far / From the words that God dictated to him / He’s someone we don’t talk about / And I love him for that / He’s a flower on the horizon / A star in his own way / […] She calls me and then around me / It’s spring every time / She’s so beautiful that I told her / My first words of my life. »

Upon hearing the sad news of Denise’s death, it was another family member who expressed his grief, with the same modesty that characterizes the famous songwriter. Martine Cabrel, Francis’ sister, also a singer, simply informed subscribers to her Facebook account that her concert scheduled for October 21 in the Castet-Arrouy church, in the Gers, would ultimately not take place. “It is with a big, very big heart that I have decided to cancel this lovely date we had together”, she wrote before adding: “Mom…”

These words, followed by three small colored hearts, obviously upset Internet users, one of them evoking the memory of the deceased with emotion: “I had the honor of knowing your mother, a simple and very friendly. »