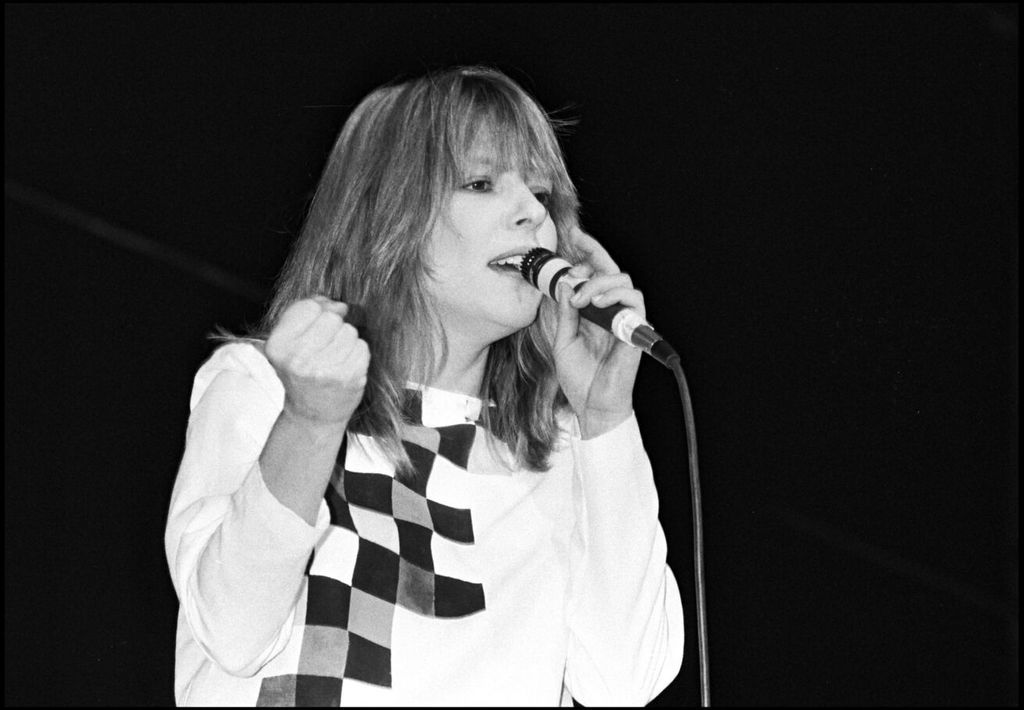 A tender snapshot published by Jean-Marie Périer on Instagram revives the idyll between Julien Clerc and France Gall, famous couple of French song from 1970 to 1974.

They formed one of the most famous couples of the 1970s. Julien Clerc and France Gall shared their lives from 1970 to 1974. The two emblematic artists of French song met at a pivotal time. The Yéyé star had just broken up with Claude François, then married. A tumultuous affair that the young singer wished to forget in the arms of Julien Clerc, before meeting in 1974 the one who would become her husband and professional partner, Michel Berger. As for the interpreter of “My preference”, he will bind in 1975 with Miou-Miou, with whom he will have two children.

This May 17, a unpublished shot posted on Instagram by the photographer Jean-Marie Perier revive this idyll. We see Julien Clerc and France Gall in a souk in Morocco, one hugging the other, his eyes riveted on a necklace that the ex-coach of The Voice is trying to open, probably to put it around the neck of his companion. “France Gall and Julien Clerc in Morocco. My God, this is an image that seems very distant to me. How many lives have there been since?“, writes Jean-Marie Périer in the caption. A photo witness of an era, and a precious moment in the life of the two French stars.

Julien Clerc paid tribute to France Gall during his disappearance in 2018: “France, we were 20 years old, happiness, sorrows. A part of my life goes with you. Julian.“, he wrote tenderly to greet one last time the one who accompanied him in the shadows for four years, so as not to compromise his career with his fans at the time.She got a little tired but she had the elegance never to reproach him“, indicated the journalist Jean-Pierre Pasqualini on BFMTV. If Julien Clerc remained discreet about his love affair with the singer of “Wax doll, sound doll“, he will dedicate it all the same “To suffer for you is not to suffer“, a title that tells the despair of the singer, after having failed to bring back the one he loved.

France Gall
France Gall lived a romance with Julien Clerc from 1970 to 1974.

Julien Clerc, Miou-Miou
After breaking up with France Gall, Julien Clerc will be the companion of Miou-Miou, whom he meets in 1975.

Jean Marie Perier
Jean-Marie Périer is a French photographer from the Yéyé years, who took pictures of many stars of the time, including Françoise Hardy, his ex-girlfriend.

Julien Clerc
Julien Clerc will dedicate “To suffer through you is not to suffer” to France Gall.

France Gall
France Gall is called Isabelle, she had to change her first name because the star of her first record company was called the same.

France Gall and Julien Clerc unrecognizable: this pretty shot of their couple coming out of the shadows