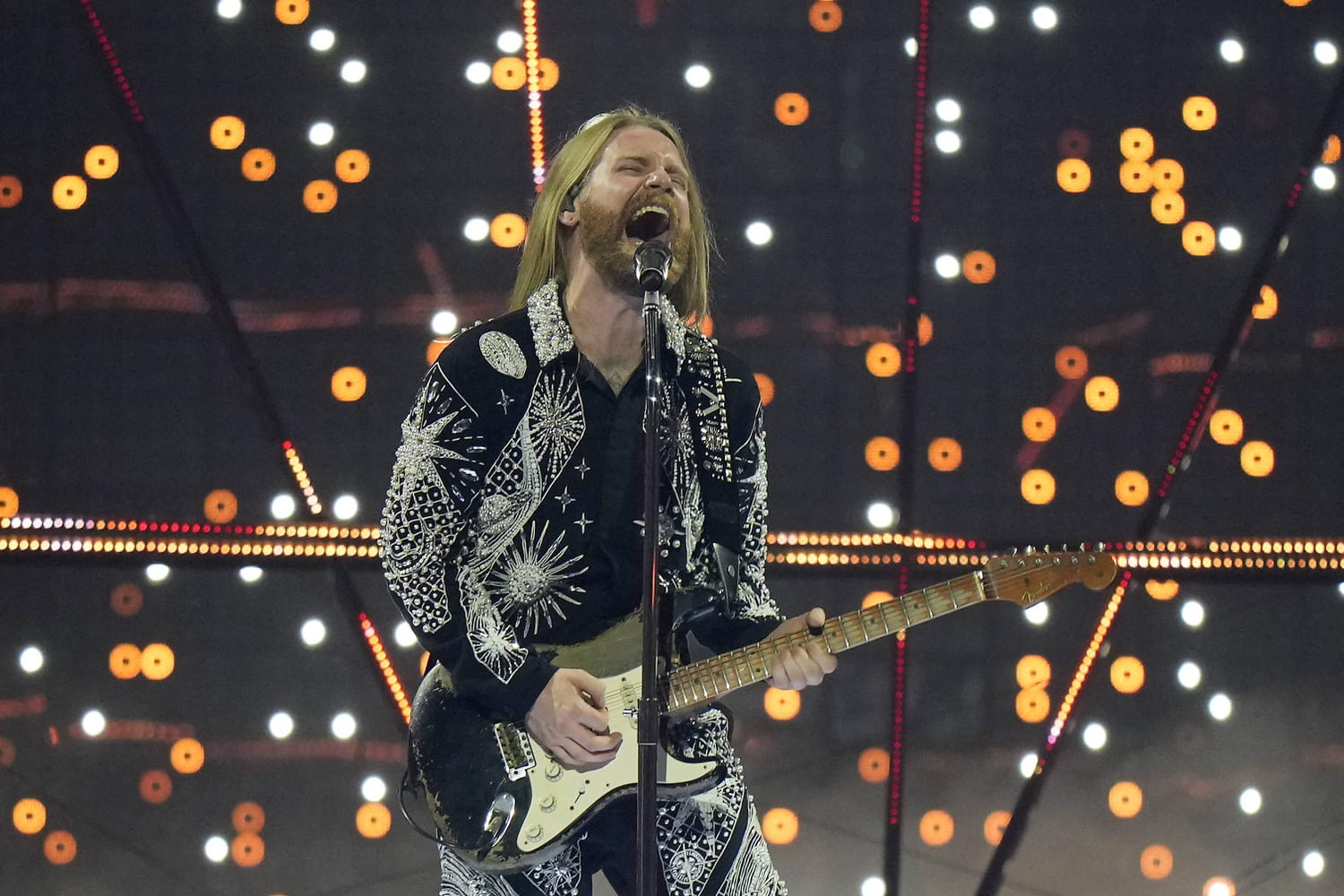 EUROVISION 2022. The international singing competition takes place live from Turin this Saturday, May 14, 2022. Candidates, favorites, bookmakers, we summarize everything you need to know.

11:31 – What is the running order in the Eurovision final?

The running order can have a crucial role in determining the Eurovision winner. Indeed, the experts believe that it is more advantageous to spend in the second part of the evening. Bad pick for France, which will pass in the first. For this 2022 final, the order is as follows: Czech Republic, Romania, Portugal, Finland, Switzerland, France, Norway, Armenia, Italy, Spain, Netherlands, Ukraine, Germany, Lithuania, Azerbaijan, Belgium, Greece, Iceland , Moldova, Sweden, Australia, United Kingdom, Poland, Serbia, Estonia.

Every year, the bookmakers give their predictions on the winner of theEurovision. But can we really trust their predictions? Several times in the past, bookmakers have announced the correct winner: this was the case when they predicted the victory of Denmark in 2019 or Italy in 2021. Conversely, a mistake was made in 2018, since the bookmakers were expecting a victory from Cyprus, but Israel eventually won the title. A science that is therefore not immutable!

The Eurovision faithful also expressed their ranking by polling the fan organizations of the different countries (OGAE). For this 2022 edition, Sweden wins the support of the fans of the competition, followed on the podium by Italy and Spain. France is sixth in this fan ranking, while bookmakers’ favorite Ukraine is in 11th place.

The voting stage is a crucial moment in Eurovision. Each country in competition, even those which did not qualify in the semi-finals, is required to award a certain number of points to the ten performances which marked it the most (12 points, 10 points, then 8, 7, 6, 5, 4, 3, 2, 1). Since 2016, viewers have been able to vote by SMS, telephone and the Eurovision app, but obviously cannot give a point to their own country.

09:38 – Where is Eurovision taking place this year?

Each year, the country that won the previous year’s Eurovision is responsible for organizing the competition. In 2021, Maneskin offered Italy victory. It is therefore quite natural that the country and the city of Turin will host the international event in 2022.

09:17 – Who is the group representing Ukraine at Eurovision?

Ukraine is the favorite of Eurovision 2022. This year, it is represented by the rap group Kalush Orchestra. The group formed in 2019 before releasing two albums in 2021. They will perform their title “Stefania” on the Turin stage, a tribute to the singer’s mother but also to Ukraine perceived as a maternal figure, while is currently at war with Russia.

Usually, Russia sends one of its representatives to Eurovision. But due to the invasion of Ukraine by the troops of Vladimir Putin, the organizers of the competition have decided to exclude the country for this year: “In the context of the unprecedented crisis unfolding today in Ukraine , it was feared that a Russian participation this year would discredit the Competition”, specified a press release from the European Broadcasting Union (EBU), organizer of the event, on February 25, 2022.

08:34 – Why is Australia a candidate for Eurovision?

Each year, Australia surprises Eurovision neophytes with its participation. The Oceania country has been in the running for the singing competition since 2015, after a first appearance in 2013 to celebrate 30 years of broadcasting in Australia. Eurovision is indeed extremely popular there, and the organizers have decided to invite the country to participate on an exceptional basis for the sixty years of the competition. Faced with the success met by the presence of Australia, the invitation was renewed in the following years. Australia, however, did not participate in 2021 due to travel restrictions related to the coronavirus crisis.

08:08 – Which countries are in the top 3 of Eurovision according to the bookmakers?

Bookmakers are still predicting which country will win Eurovision 2022. The day before the contest, Ukraine was still seen as favorites to win the edition held in Turin, while Italy and the United Kingdom completed the podium. Will this ranking be verified? Reply in a few hours.

In total, Eurovision viewers will be able to discover 25 songs on the Turin stage tonight. If you haven’t watched the semi-finals, chances are you don’t know about them yet. Do you want to discover them? The official Youtube account of the event offers a playlist to discover all the candidate titles for the title. You can listen to all the titles in competition at Eurovision 2022 by clicking on this link.

Before Eurovision, bookmakers take bets to guess which country would come out on top. Due to the current political context, bettors can easily imagine Ukraine winning the international singing competition by obtaining many points from other countries. This year, Ukraine is represented by the group of rappers Kalush Orchestra.

Alvan & Ahez will defend France at Eurovision thanks to the title “Fulenn”. In Breton, this word means both “spark” and “pretty girl”, the latter word possibly having the connotation of “light girl”. “We wanted to take this expression on the wrong foot and carry an emancipatory discourse for women. We sing the story of a young girl who goes dancing at nightfall around a bonfire, she takes everyone with her, pushing back the slanderous looks”, specifies Marine Lavigne, one of the three young women of the group, in an interview with AFP Listen below to the title that Alvan & Ahez will sing tonight on the Eurovision stage.

06:32 – Who are the French candidates for Eurovision?

On March 5, the program “Eurovision France: it’s you who decides” named the French candidate for Eurovision. The Breton group Alvan & Ahez was chosen as the tricolor flag bearer on this occasion. This group consists of Alvan, Marine, Stereen D. and Stereen. They met in 2021 and quickly formed their group, performing their texts during Breton parties.

Eurovision takes place in Turin this Saturday, May 14, 2022. The event is broadcast live on France 2 from 9 p.m. So just go to the second channel, or stream on the france.tv site, to follow the evening live.

Eurovision 2022 punctuates the beginning of May. The final takes place in Turin, this Saturday, May 14, 2022. In France, the event can be followed on France 2 from 9 p.m. Previously, two semi-finals made it possible to select twenty candidate countries for the final. They took place on Tuesday May 10, 2022 and Thursday May 12, 2022, a few days before knowing the winner of this 66th edition.

France is represented by the Breton group Alvan and Ahez at Eurovision 2022. There are four members of this formation: the female trio Ahez Marine Lavigne, Sterenn Diridollou and Sterenn Le Guillou and the musician Alexis Morvan-Rosius, known as Alvan. They were selected on March 5, during the program “Eurovision France: it’s you who decide”. The tricolor group performs on the Turin stage the song “Fulenn”, which means, in Breton, both “spark” and “pretty girl”. It has been since 1977 and the victory of Marie Myriam that France has not won Eurovision.

We do not yet know the ranking of Eurovision 2022. Last year, the Italian group Maneskin won the singing competition with 524 points, saved mainly by public votes. He was ahead of France and Barbara Pravi (2nd with 499 points) and Switzerland (3rd, 432 points) on the podium. The top of the ranking was completed by Iceland (378 points), Ukraine (364 points) and Finland (301 points). Below, find in detail the latest ranking of Eurovision.

Eurovision: favourites, bookmakers… Who can win in 2022?