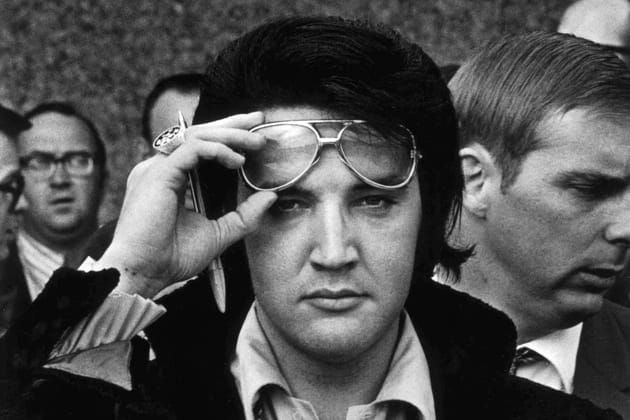 Elvis Presley is in the spotlight in the biopic directed by Baz Luhrmann, released last July in theaters. Rock icon, legend of popular culture, sulphurous sex symbol that has become a myth for all audiences, here is the King in images, anecdotes and unusual revelations.

Elvis Presley is featured in the biopic released in the summer of 2022 worn by Austin Butler and Tom Hanks, directed by Baz Luhrmann. John Lennon claimed that“before Elvis, there was nothing”…

In 1935, no one suspected that a kid named Elvis Aron Presley, born in Mississippi and coming from a modest background, would become the King of Rock ‘n’ Roll. In 1948, his family moved to Memphis (Tennessee), also known as “the birthplace of the blues”. A teenager crazy about jazz and country, the young Elvis decided to try his luck in music at the age of 18 and recorded two songs My Happiness and That’s When Your Heartaches Begin. Contacted by the Sun Records studio, in order to carry out some tests, Elvis surprises the producer and discoverer Sam Philips with a cover of That’s all right Mama. His talent is immense. In two years his career was launched. He became the idol of a whole generation fascinated by this tender and provocative genius with his spectacular hips.

With titles like Love Me Tender or Jailhouse Rock, the King unleashed passions by performing in Las Vegas. America throbs in front of this media figure and his music, this mouth that throws and this body that dances, to the point of following his adventures until his military service in 1958. Assigned two years in Germany, the soldier fell madly in love with Priscilla Beaulieu, then aged 14, who in 1967 would become his wife and the mother of little Lisa-Marie.
Guest of President Nixon, recognized and adored artist, Elvis continues to cause a sensation throughout the country. Unfortunately, with success, even fame, comes excess and the King Presley loses himself in drugs, junk food, alcohol and medication. In 1972, depressed and obese, he divorced Priscilla. 5 years later, he is found dead in the bathroom of his magnificent villa, Graceland, victim of a cardiac arrest. Considered the greatest rocker of all time, Elvis continues to rock, 40 years later…

Elvis Presley in 16 secrets (and PHOTOS)