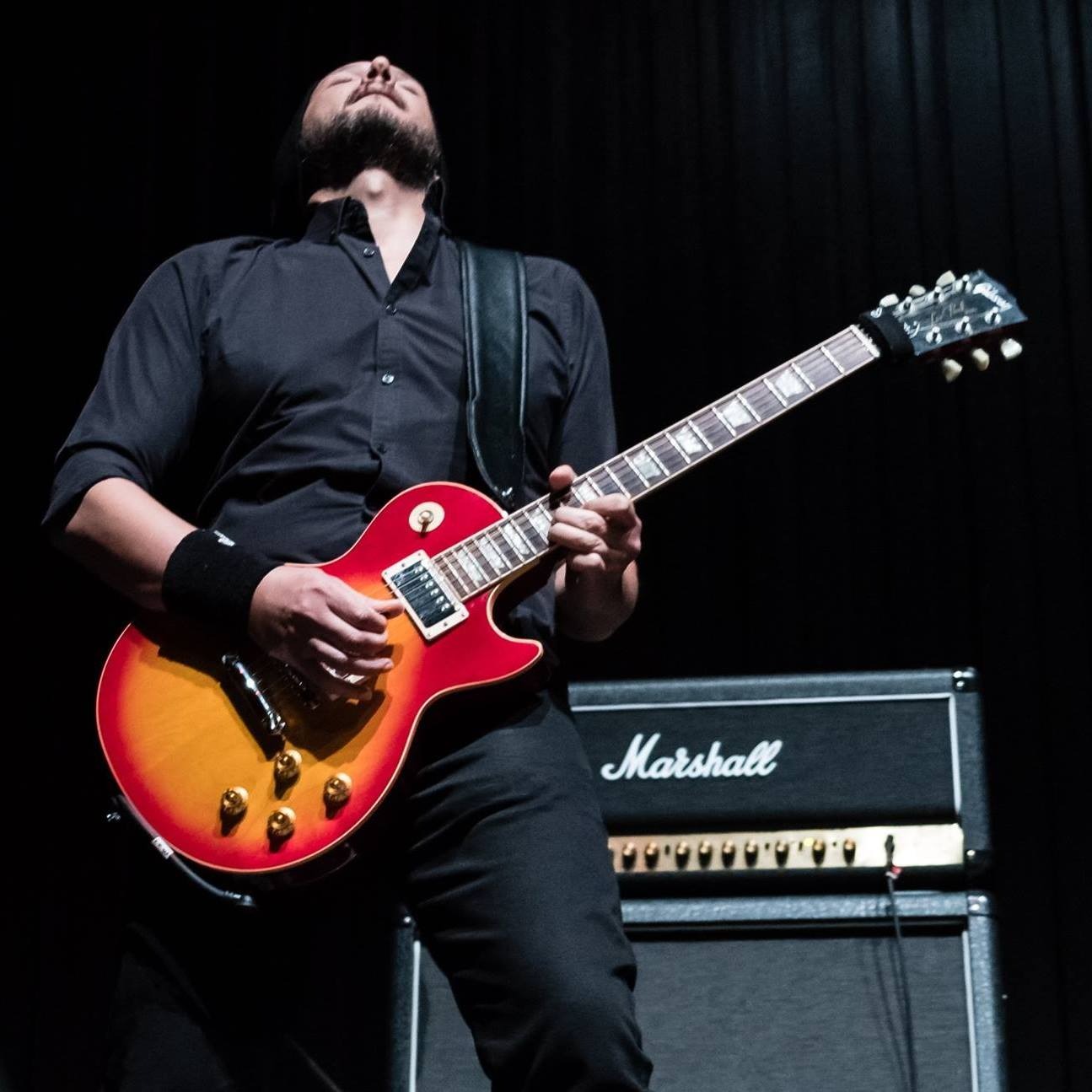 Born in Tangier and eldest of two other brothers, Naoufel (Nao) and Mondher (Monz), Youssef Anegay is the band’s regular guitarist. lazy wall, created with his two brothers, respectively on vocals and bass as well as drums. At 19, he obtained his baccalaureate a year late, given his great enthusiasm for music, which occupied most of his time. He left Morocco to settle in Strasbourg and continue his studies in physics. In his youth, this virtuoso knows no boundaries in musical sounds. Indeed, he bathed in an eclectic environment specific to the northern city, former International Zone.

“In Tangier and throughout my youth, I had friends from everywhere, French, American, Russian, British… We shared this passion for rock music, we listened to AC/DC a lot. Metal wasn’t very present yet, but there was a lot of hard rock, then power rock,” recalls Youssef Anegay. He remembers having then switched to the musical universe of Alice Cooper. “The history of the city has necessarily had a lot to do with it. We grew up with this feeling of belonging both to the whole world and to a cocoon that is ours. We were steeped in the stories of our parents and grandparents about the international era of Tangier, where we saw foreigners coming from all over, Writersfrom figures of the Beat generationmusicians, actors and directors… We were this city of passage which was very rich, from a tourist point of view but also cultural”, explains the artist to us, for whom “it is this background which makes our strength”.

“We were immersed in a European, American, rock musical world, but we have both Moroccan, Tangier and Mediterranean roots whose artistic sensibilities we understand well.”

At the university campus in France, Youssef met many musicians and learned the guitar. “Like many children in Tangier, I had taken piano lessons, but I was less passionate about the academic aspect of this first learning. In Strasbourg, I really opened my eyes to the fact that music is good when you listen to it, but it’s better when you play it”, he underlines.

Italian bass player, Youssef Anegay’s roommate during his student years introduced the autodidact to the metal register, through Metallica, Iron Maiden, Black Sabbath and “all those legendary bands that made today’s metal exist. “. “I then started to turn towards death metal, doing rhythm for groups and little by little, my technique improved, my musical tastes refocused on more melodic colors, with the success of Alice in Chains and the emergence of grunge; I listened afterwards to groups like Alter Bridge and other more musical ones,” he still recalls.

After graduating in engineering, Youssef found a job in England. He moved there, while playing in Blue Green, a blues rock group made up of established and cosmopolitan artists: a Chilean drummer, a Romanian singer, another French guitarist. “It was an international group where we mixed all our cultures and our influences to create a universe of our own, which was very trendy in the 1980s and 1990s. This gave exceptional musical particularities to the different styles of rock”, underlines- he. 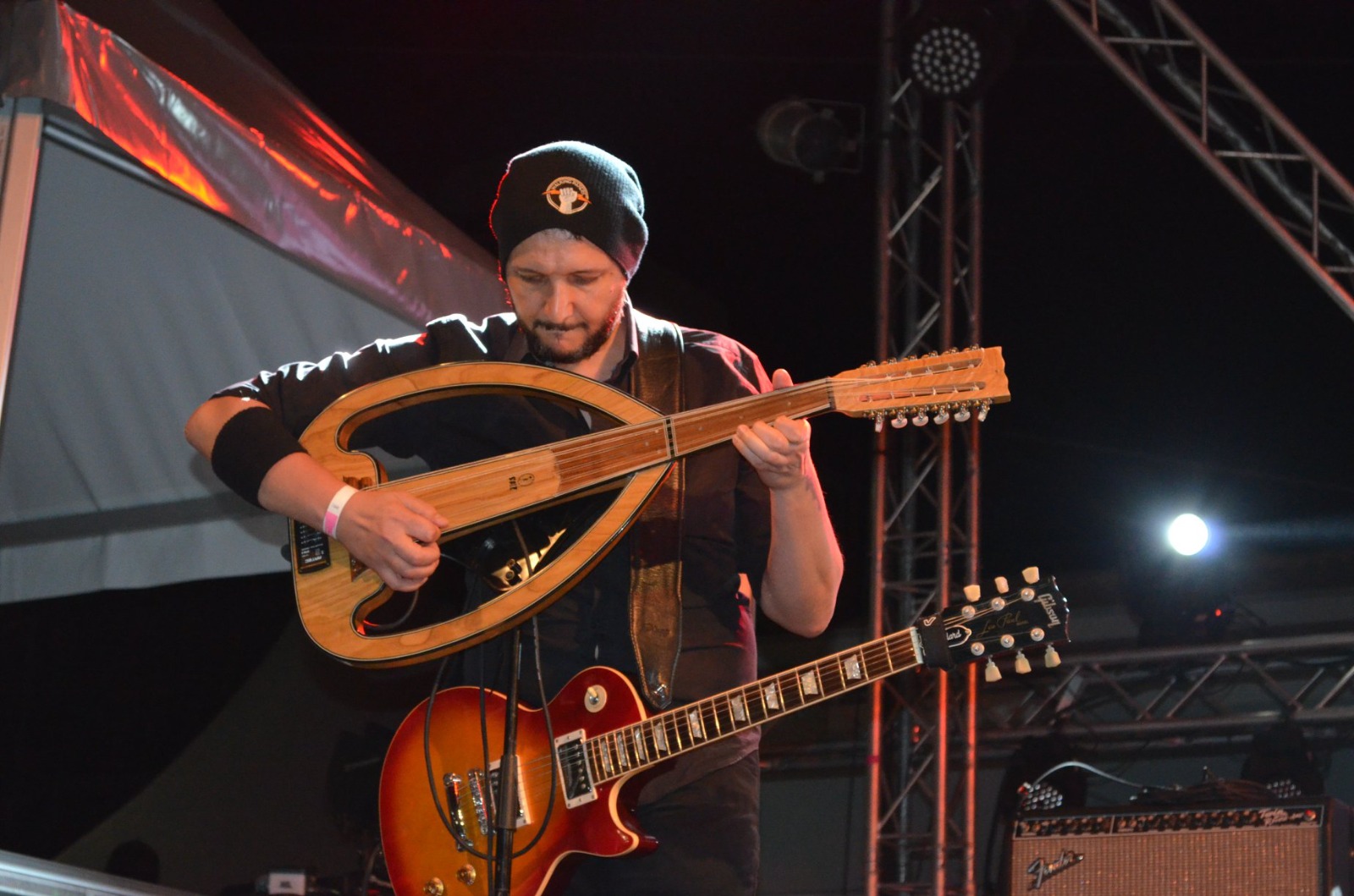 The fact of evolving with such confirmed artists allows the Moroccan guitarist to raise the level of his playing and his performances, with a better knowledge of the world of the international scene and of studio recordings. During this time, his two brothers are doing their university studies in Spain, Monz in sound engineering to run a recording studio and Nao in pharmacy, to take over the paternal pharmacy in Tangier. Indeed, the late Mustapha Anegay held one of the first pharmacies in Morocco, becoming the first Moroccan of the Muslim faith to do so in Tangier. Until then, pharmacies often belonged to foreigners or Moroccans of the Jewish faith.

But before returning to their hometown, the two brothers announced to Youssef, at the end of the 1990s, that they had signed a contract with a production company to record an album in Spain. “I took a one-way plane ticket to Granada and we made our album in Madrid in 1999, under the name of the group Anegay”, recalls the guitarist. “It was power pop. We signed a record contract distributed by Warner, made the presentation tour, the television sets in Spain…”, he proudly remembers.

“I have an unforgettable memory of it, when we heard one of our songs broadcast for the first time on Spanish radio. We were driving on the road to Granada. We parked while hearing the host introduce us in a unique way as a new Moroccan group that plays rock, then we listened to our song “Colour of truth”. It was a magical moment. We looked at each other with fascination, without being able to speak to each other.

After a successful debut album in English, the record company is pushing to release a Spanish album with Anegay. “For us, rock was naturally sung in English, especially since legendary groups from the same period, in Germany or Sweden, also sang in this language. We were in this line and we were starting to consider moving to England, so we chose to break the contract”, confides the artist to us. With his two brothers, they settled in south-east London, where Lazywall was born in 2003. 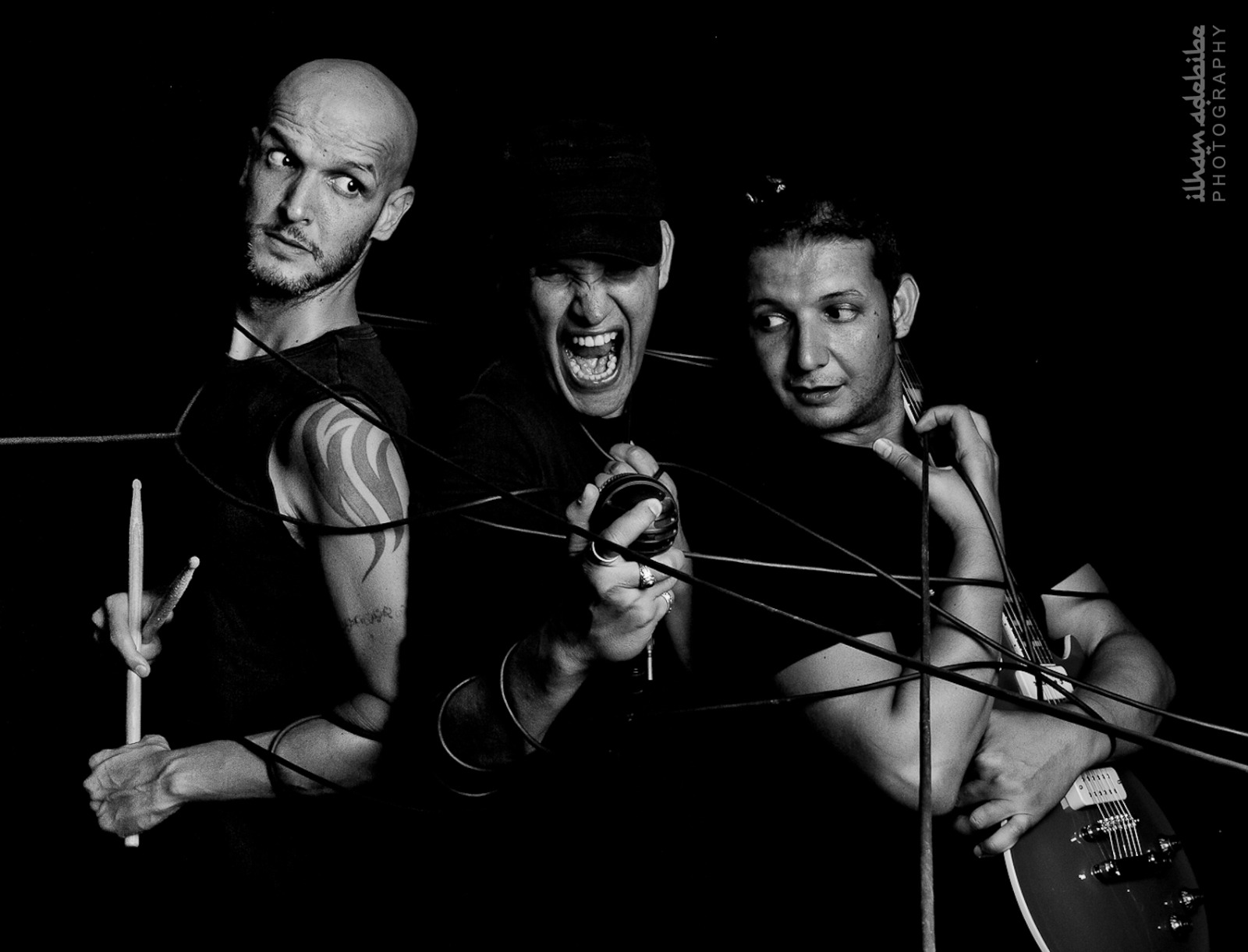 Lazywall’s name was inspired by a song by Anegay, called “The lazy wall of Kacem” and written by Monz. It is also a nod to the hometown of Tangier. “We wanted this song in a grunge style, at a time when our music became more percussive, with guitar riffs on which we sang. This is the story of Kacem, who settled at the foot of Sour El Maagasine in Tangier to watch the horizon, the sea and Spain on the other side. He dreams and wonders what this view means to him in terms of projections into the future,” explains Youssef. “By changing our style compared to Anegay, we entered more into the metal that we all three loved,” he underlines.

But the same year, Youssef Anegay left the group to dedicate himself to his little family and his newborn. “An English guitarist (John) replaced me, but my brothers always sent me demos and I gave them my comments, so I wasn’t always outside the band,” he says. The formation then leaves to record in Chicago with Steve Albini, producer of Nirvana and a record by Robert Plant, who has agreed to receive Lazywall in his studio for an EP. Tours followed, in the United States, the Czech Republic, France, England and other countries.

“The group really took off internationally, then in 2006, with a first album already released in 2004, we said to ourselves why not perform in Morocco as part of the L’Boulevard festival in Casablanca”, still recalls Youssef, who keeps a memorable memory.

“On vocals and bass, Nao came on stage, approached the microphone to greet the audience, who were expecting to see a foreign group. We were presented as an English formation. But throwing a salam in Darija, Nao saw the audience go wild. It was a turning point for us. We were overwhelmed with a real feeling of love and we knew it was time to come home.”

From there, Lazywall introduces his Moroccan origins into his music, hence certain songs like “Cold Enemy” and a collaboration with lutenist Younes Fakhar, to stage a great musical and artistic encounter between Western, Eastern, Moroccans from North Africa, without claiming a fusion approach, which sometimes fell into the kitsch picture during the 2000s. “We didn’t want that, because for us a song should only have the rhythms and sounds what it needs, without forcing us to add anything superfluous to it to force this or that imprint”, Youssef Anegay tells us about this.

“The goal is to be simple and to highlight a song, but not our egos. It’s neither eastern nor western, it’s a series of melodies that need to be in harmony. Since 2020, moreover, we have been using this unique instrument that we have shaped for our artistic needs, the guitaroud.

It is in this same spirit that throughout his musical career abroad, in different countries, Youssef Anegay has not felt a glass ceiling in the artistic world. “It’s the talent that counted for us, more than our origins. It’s important not to have barriers and not to feel different. When we first started playing in England as part of Lazywall, we made our music on the assumption that it’s about tastes and colors, but not on the idea that we were foreigners making rock in a leading country of this musical style,” he says. “We can stand out because what we do pleases and because the sky is limitless,” says the artist.

Returning to the group in 2013 for a second L’Boulevard and a first return concert with Lazywall, which was his first stage in Morocco, Youssef Anegay has been working remotely with his brothers for several years. “We each recorded a part for a long time and rehearsed by videoconference, then we meet a week before our concerts to rehearse all together”, indicates the one whose group is on its fifth album. The latter was released in early 2022, titled Zoochosis, mixed and produced by an English producer.

“The health crisis is omnipresent in this album, starting with its name, which is that of a behavior observed in zoo animals, when they go around in circles in their cages and lose the notion of reality. Concerning the whole impact of confinement and the pandemic on us, we wrote songs in the same spirit”, underlines the artist.

As for the visibility of rock in all its colours, Youssef believes that local bands in Morocco do not benefit enough from it. “Fifteen years ago, the existing groups in the country were not shown enough on radio and television. Today, we have Internet but before that, some programs had the merit to create an opening, like Korsa on 2M. We had the great honor of participating in that show, which made us the first Moroccan rock band to perform live on national television,” he recalls.

In Morocco, the circuit of concert halls and festivals does not allow regularity in the organization of global tours for groups. “For lack of turner, it is the managers who have to take care of making the calls and planning the dates”, notes Youssef. Despite this challenge, the musician and his training are soon considering “big and important projects” in the country.