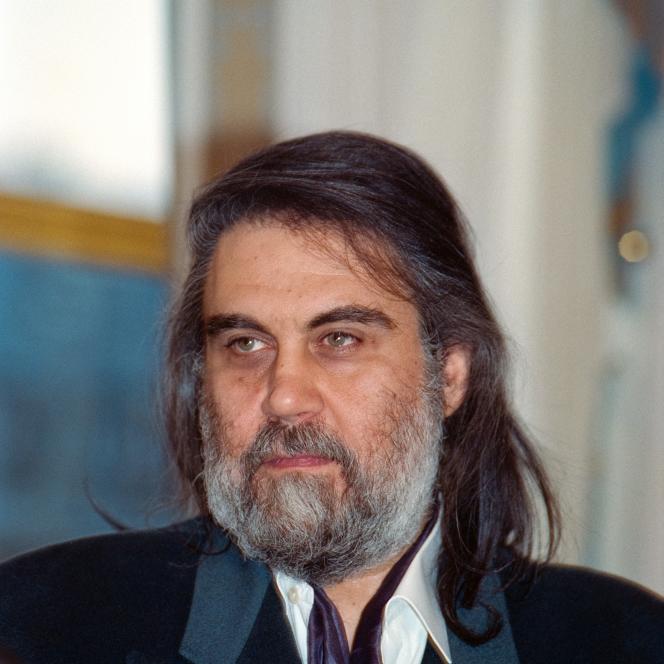 For ordinary mortals, he is the author of an Olympic theme, which goes without saying for a Greek citizen. An ostinato produced by a sequencer, enhanced by two synthesizer notes as if to announce a sunrise over the ocean. A stunning drum machine effect, triplets used as a melodic motif, precedes the piano exposition of a tubesque theme, before an even more lyrical chorus. The image of British athletes, all dressed in white, who are preparing for the 1924 games in Paris, by running along a beach, comes to mind. And the plot of chariots of fire (1981), a film by Hugh Hudson which won four Oscars, one of which, inevitably, will go to the author of the music: Vangelis. The soundtrack rose to the top of the American charts with sales reaching one million copies.

This instrument with international resonance should be programmed as a priority to salute the disappearance of the Greek composer, who died on Tuesday May 17 in a French hospital at the age of 79. Because after the release of the film, this Titles that we will rename Chariots of Fire continued its sporting career thanks to its repeated use, by the organizers as well as by television, during successive editions of the Olympic Games. Which could hide the rest of a work that made Vangelis, alongside Wendy Carlos and Giorgio Moroder, a master of synthetic music in cinema. More cult among soundtrack fans is indeed his score composed in stride for blade runner (1982), by Ridley Scott, a perfect symbiosis of epic grandeur and harrowing climates.

Before becoming this mysterious wizard of synths, Evangelos Odysseas Papathanassiou, born on March 29, 1943 in Agria, Thessaly, had known a popstar celebrity within Aphrodite’s Child, the most famous Greek group abroad, whose singer and guitarist was not unknown either since it was Demis Roussos (1946-2015). Before joining their talents in 1967, these two were already stars in their countries, Papathanassiou as leader and organist of the Forminx, one of those countless garage groups that existed almost everywhere in the world, imitating the sound of the british invasion initiated by the Beatles. Before the dictatorship of the colonels tragically whistles the end of recess.

His destiny is played out in Paris in May 1968

Aphrodite’s Child then plans to settle in London, but it is in Paris that its destiny will be played out in May 1968. The group is stuck in the capital, without it being known whether it is because of the strikes or administrative formalities. He nevertheless took the opportunity to sign a contract with the Mercury label, enter the studio and come out with Rain and Tears. For the music of this summer slow, Papathanassiou directly borrowed – he will not be the first nor the last – the majestic canvas of cannon by Pachelbel. The text, in English, was entrusted to a local, Boris Bergman, future lyricist of Alain Bashung. The angelic voice of Demis Roussos and the neo-baroque arrangements close to The Left Banke do the rest: published in July 1968, this millionaire single triumphed at the top of the French charts.

You have 49.85% of this article left to read. The following is for subscribers only.

Death of Vangelis, wizard of synths