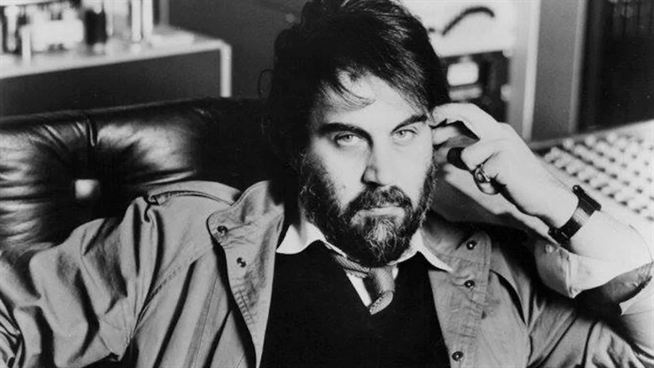 A great self-taught composer who signed some of the most memorable film soundtracks in the history of cinema, Vangelis has just left us at the age of 79. Remembrance and tribute in 3 film scenes magnified by his sublime compositions.

Evángelos Odysséas Papathanassíou, known as Vangelis, died on Tuesday May 17 at the age of 79. A pioneer of electronic music, he has produced some of the most significant film soundtracks in the history of cinema. “I never grew up with the idea of ​​becoming known or having a career in music, or becoming a composer; it meant nothing to me” he said in an interview.

This brilliant autodidact had however been able to find his inspiration in space exploration, nature, futuristic architecture, or even in the New Testament, to deliver particularly memorable compositions. Here are three.

The Chariots of Fire

He was deservedly Oscar winner for his fabulous score of Hugh Hudson’s Chariots of Fire, whose main theme opens and closes the film; the elegiac notes of his keyboard accompanying the memorable run of the British athletes by the sea on the beach of St Andrews, Scotland. While the filmmaker wanted to use The Childa theme included in the album wild opera (1979) by Vangelis, the musician offered him an original piece which was a resounding success.

Entitled Eric’s Theme, named after one of the film’s main characters, Eric Liddell, the track has become so iconic that it has even gone down in history by being retitled with the film’s very title. It was notably taken up by Steve Jobs, on January 24, 1984, during the memorable presentation of the very first Macintosh computer to the public.

It has even become closely associated with the Olympic Games. The BBC will also take it up in 1984 for its coverage of the Los Angeles Summer Olympics in 1984, and was also used as the theme music during the Sarajevo Winter Olympics the same year. More recently, we have in mind his tasty parody cover by Rowan Atkinson, alias Mr Bean, during the opening ceremony of the London Olympics in 2012. In short, iconic.

Blade Runner is obviously a fabulous artistic vision carried by Ridley Scott, supported by Industrial Designer Syd Mead and an immense artist behind the visual effects, the late Douglas Trumbull, who recently left us. But this monument of SF would certainly not have become so cult without its extraordinary soundtrack signed by Vangelis, which will however be mistreated too, just like the film: it was indeed blocked for dark reasons of rights, and will even have to wait 12 years for an official album release.

In 1982, Vangelis shut himself up in his Marble Arch studio in London, to create the soundtrack for Scott’s film. Very receptive to the world of film, the composer delivers a score with a blues tone. Hypnotic, disturbing, moving and melancholy, the soundtrack is triggered on each frame in the film.

While the Main Title opens the film together with the dantesque vision of the Hades Landscape and its cyberpunk urbanism, the jazzy notes played on the saxophone of the Love Theme still haunt the memory, when it is not the sumptuous melody of Memories of Green played on the piano, to name but a handful of examples.

The strength of the composer’s soundtrack is that he did not think of it as a “simple” musical accompaniment, but as an album in its own right, certainly capable of marrying – even merging – with the images, but also to be completely autonomous.

Here it is again Main Title of the movie. An absolute wonder…

Vangelis will find Ridley Scott ten years later, to collaborate again on the film 1492: Christopher Columbus. A commissioned film intended to celebrate the 500th anniversary of the “discovery” of the Americas by the famous Genoese navigator, the film was fairly savaged by the critics, even if it was a great success in theaters in France, with a little more than 3 million spectators.

The theme Conquest of Paradisewhich included The Madness, a dance which appeared in the 15th century in Portugal and which was used for variations by more than 150 composers, is one of the oldest European musical themes. In France, the single sold 68,000 copies. A figure that pales in comparison to the colossal sales of the single in Germany, which will sell 15 million copies.

Here it is again…

Death of Vangelis: 3 unforgettable movie scenes thanks to the composer’s music