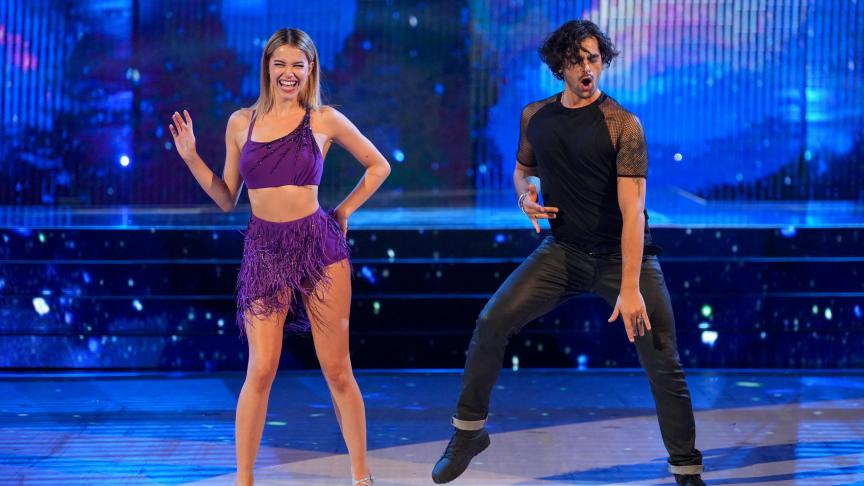 
In “Dancing with the Stars”, the weeks follow each other… but are not alike. A week after an extremely tense judges’ battlethe candidates inaugurated this week a new concept: “DALS” cut the sound.

The pairs practiced all week on a melody and a soundtrack, but they only discovered their song on the prime, 15 minutes before their performance. What give them a big blow of additional stress in an already very stressful competition.

This is where we realize that the choice of the song has, all the same, a sacred impact. All the choreographies, imagined by the professional dancers were, as usual, very beautiful. But, dancing a samba to the Backstreet Boys, or a rumba to Florent Pagny, doesn’t create the same atmosphere…or the same energy…and it showed in the judges’ scores.

Special mention for Léa Elui and Christophe Licata who presented a very much contemporary… choreographed by the dancer without even knowing the chosen song, “A fleur de toi”, by Vitaa, while the contemporaries are based, normally entirely, or almost, on the words of the title on which they are danced.

Not a fan of the concept

We must say that we weren’t really thrilled by this new concept: we didn’t really see the point of it, since the candidates learned their choreography on a rhythm similar to that of their mystery song. It looked more like a challenge for pro dancers than for apprentice dancers. Anyway, we got a little bored tonight.

A surfer, she thought she had thwarted the reason behind this choice: “ In fact the 10 minutes to learn the song is the 10 minutes of advertising between each dance we understood the trick tf1 “, she joked on Twitter after an evening that counted too many pubs.

The concept was ultimately fatal to Anggun and Adrien Caby, who were opposed to Thomas Da Costa and Elsa Bois and Floren Peyre and Inès Vandamme face-to-face. They were eliminated at the end of this 6th prime.

The good news of the evening is that it would seem in any case that the agreement between the judges is once again cordial. No more tensions between Chris Marques and François Alu
? This Friday evening, in any case, the two judges were in agreement throughout the performances of the candidates and the hatchet seemed buried.

“Dancing with the Stars”: mystery music, boredom and hatchet, the summary of the 6th bonus

“Dancing with the stars”: why Camille Combal has had a big bandage on her finger for several bonuses?

Jean Dujardin will play Zorro in a series scheduled for 2024

Continue reading on this topic(s):

“Dancing with the Stars”: mystery music, boredom and hatchet, the summary of the 6th bonus