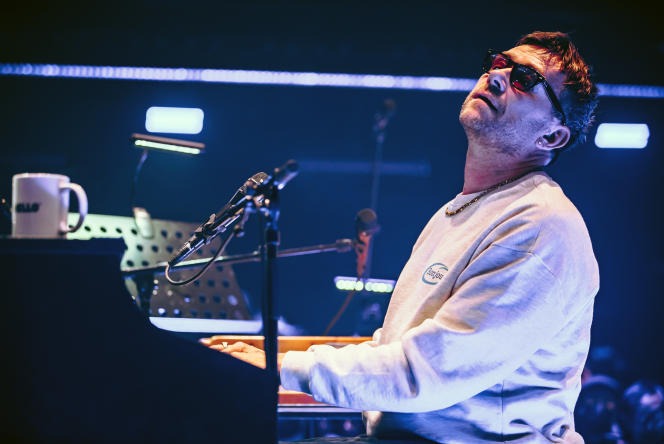 Damon Albarn is undoubtedly the richest personality to have emerged from Britpop, a scene which dominated the mid-1990s by paradoxically flattering this Anglocentrism and this nostalgia for British greatness which were to triumph in 2016 with the Brexit referendum.

This handsome kid was then the singer of the London group Blur, engaged in a merciless fight against the Mancunian rivals of Oasis, the brothers Liam and Noel Gallagher, for the first place on the island podium. “Working North vs. Middle Class South”as the documentary by Adrien Pavillard, programmed on Arte, reminds us.

Profitably orchestrated by the media and the recording industry on the model of the (supposed) rivalry between Beatles and Rolling Stones, this “battle of Britpop” was won by K.-O. in 1995 by Oasis. This was undoubtedly the best service rendered to the vanquished.

Read Article reserved for our subscribers Damon Albarn: “Our role is to illuminate”

It will indeed have allowed Damon Albarn to distance himself from the star-system and to emancipate himself by multiplying the projects: that of Gorillaz, this virtual entity carried out with the graphic designer Jamie Hewlett, animated characters born in reaction to the chain musical MTV, or the supergroup The Good, the Bad & the Queen bringing together a companion of Fela Kuti, drummer Tony Allen, bassist Paul Simonon (The Clash) and guitarist Simon Tong (The Verve). In less than an hour, the document captures this spectacular metamorphosis of a subject so british tireless adventurer falling in love with Mali, a country, he says “culturally richer than us and also spiritually, in many ways”.

The images of Blur at the time of its splendor however show that Albarn was not satisfied with this success against a background of Union Jack. We thus hear him make cynical and lucid remarks when he comments on the failure of his group in America (“You are sent there to get rich”) or the cult there of Kurt Cobain (“an angelic face in shopping malls”), britpop having been conceived as the British response to the grunge wave coming from the north-west of the United States.

The evolution of the musician is well placed in its contexts, from the euphoria of Cool Britannia, during the Blair years, to the agonizing challenges of the third millennium, terrorism after September 11, 2001, climate crisis or Covid-19 pandemic. Of which traces the second solo album of Damon Albarn, The Nearer the Fountain, More Pure the Stream Flowspublished in 2021, with contemplative beauty.

This choice to present him as an artist of his time is however made to the detriment of his musical influences – only The Specials are briefly mentioned by the interested party for “integration and open-mindedness”. While Albarn is part of a line that goes through the Beatles, XTC, Madness or The Human League. Without forgetting Ray Davies, the soul of the Kinks, his obvious model for chronicling by turns acerbic, tender or disillusioned with British social classes.

Above all, nothing is said about his family origins, which can nevertheless explain his thirst for curiosity: Damon Albarn is indeed the heir of a family of creators (mathematical design on his father’s side, theater sets for his mother ), which, all of a sudden, makes his journey much less surprising.

“Damon Albarn, an English story”, on Arte: from Britpop to global chaos