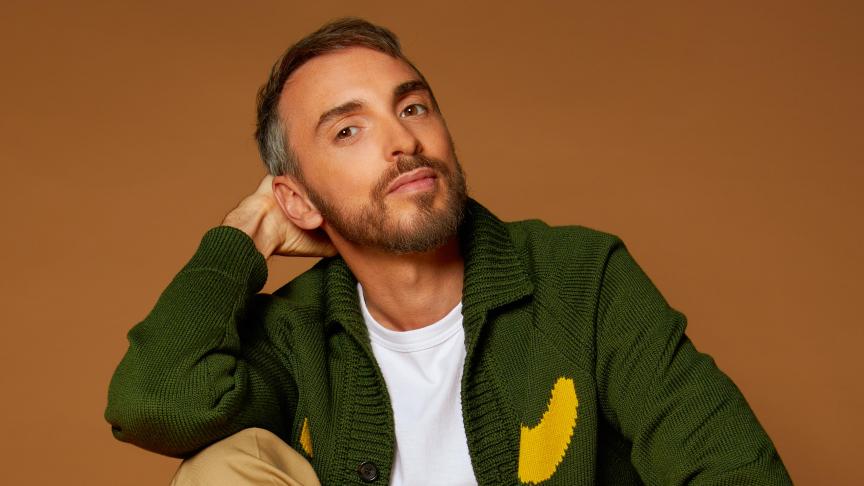 
The career of Christopher Willem had started off with a bang. Success, public love, prestigious collaborations, makeovers… Exit the “turtle”, a new Christophe Willem has hatched. Yes, but here is… the (relative) failure of his previous album Rio upset certainties. Add to that a pinch of health crisis and a spoonful of parental confinement, and you have the recipe for a good existential and artistic crisis. ” I let myself be carried away a lot from the beginning and I really needed to ask myself… To put some meaning back into all this “, he explains.


Need to question his profession, going so far as to wonder if he should continue… “ The confinement was quite beneficial because it arrived exactly when I needed to reflect, to take stock of what this job is, and my ability to manage its ups and downs. “Atypical teenager, Christophe Willem experienced loneliness and harassment in college, and the idea that the public could abandon it brought it all up. ” I fed a lot on the gaze of others, but it was a decoy. I realized that the foundations were not solidified and that the love of the public had only been a substitute for the lack of self-love “, he confides to us with great lucidity.

I needed to ask myself… To put some meaning back into it all.

He therefore addresses the new album with the need to question a part of the superficiality of the environment, to talk about the quest for oneself, the affirmation of what he is… But very quickly, he realizes that he tends to water down his remarks . ” I was sensitive to the aesthetics of the words to the detriment of the weight of what I wanted to tell. » This record promised to be the most personaland yet…” I quickly felt that I shouldn’t write this album. “Paradoxical? ” For me it’s very coherent… and in the same logic, I wanted people with whom I had never worked so that there would not be any affect and not fall back into something benevolent and gentle. I didn’t mean to be gentle! »

He tells himself cash

He surrounds himself with a team, with some well-known names such as Chien Noir and Cocoon, and endeavors to manage ” everything from A to Z at the artistic direction level. ” The red thread of this record… is me “, he launches, and “ narration “, because for the first time, ” the important thing is the texts », « the music is there to accompany “.

He tells himself, cash on his difficulties, “ his ghosts “…” A bit like a new beginning / I’m running away, you follow me / I won’t forget where I come from “, he sings in his new single which comes out this Friday, I won’t fall. He reinvents himself in this disc which is balanced between pieces uptempoeffective on the radio, and intimate ballads.

In 2023, Christophe Willem will be in concert at the Palais des Congrès in Le Touquet on January 29, at the Sébastopol theater in Lille on March 17 (full) and at the Zénith de Lille on December 2.


While he was asking himself a lot of questions about his future, Christophe Willem was able to count on the support of Slimanewhich boosted it, behind the scenes of Les Enfoirés.

It was again Slimane who offered him PS I love you, the ideal single to reconnect with success. A song that talks about the link with the public, and which makes the link between the Christophe Willem of Double-dealing and today’s, according to the person concerned: ” This song is a hyphen. »

Christophe Willem: “I quickly felt that I shouldn’t write this album”

Stade Pierre-Mauroy in Villeneuve-d’Ascq: a third Stromae concert in 2023

Tourcoing jazz festival: Anne Pacéo’s concert, not to be missed this Wednesday

Christophe Willem: “I quickly felt that I shouldn’t write this album”