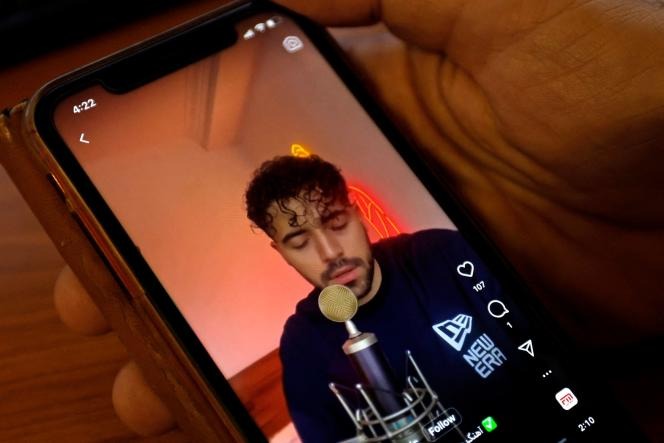 The scene takes place at a cafe terrace near Tajrish Square, a wealthy neighborhood in northern Tehran. Under the shy and pale sun of early autumn, the atmosphere is peaceful. Customers seated around the tables sip a cup of tea or coffee. So far, nothing out of the ordinary. Except that some women do not wear the veil, which is compulsory in the Islamic Republic of Iran. And that some sing along to a song broadcast by the café: “To dance in the street. To no longer be afraid to kiss. For my sister, yours, ours. For the regret of not having an ordinary life. »

The video of this scene was posted on the Internet on September 27. The piece is called Baraye (“for”, in Persian). It became the anthem of the Iranian uprising against the mullahs’ regime which began on September 16, after the death of the young Mahsa Amini, after being taken into custody by the morality police in charge of respect for dress codes. The repression of this revolt, unprecedented in its scale and longevity, has already caused the death of at least 185 people, including nineteen children, according to Iran Human Rights, an NGO based in Oslo.

Singer Shervin Hajipour, who rose to fame on an Iranian television program copied from “Star Academy”, recorded his song in his bedroom in the northern city of Babolsar. The 25-year-old wrote the lyrics inspired by an online campaign where Iranians state why they want to overthrow the Islamic Republic, with the hashtag #mahsa_amini.

“For these meaningless slogans. For this obligatory paradise”, sings to a simple Shervin Hajipour melody, referring to propaganda and the better life in the afterlife promised to citizens who follow the regime’s orders. The song ends on “Woman, life, freedom”, main slogan of the demonstrators, taken up in almost the whole country. In the Iranian streets, women take off their veils, sometimes burn them and, supported by many men, chant: “This year is the year of blood. Seyyed Ali [Khamenei, Guide suprême iranien et première autorité du pays] will be overthrown. »

On September 27, the video for “For” was viewed forty million times in just a few hours, on Instagram alone. A record in Iran.

On September 29, Shervin Hajipour was arrested at his home and the clip has since disappeared from his Instagram page. He has received support from a group of independent lawyers who come to the aid of Iranians arrested during the crackdown. The young man was finally released on October 4. “A little thinner, but rather fit”, confirmed a family friend, from a city in northern Iran.

You have 49.81% of this article left to read. The following is for subscribers only.

“Baraye”, the anthem of the Iranian uprising