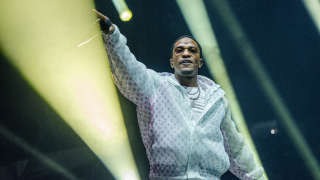 Rapper Niska (here in concert during the ‘Festival Solidays’ on June 24 in Paris) opposed the introduction of the tax on music streaming.

MUSIC – ” We’re all going to sit around a table to talk about it “, assures Jean-Philippe Thiellayn at Parisian this Sunday, October 9. According to the president of the National Music Center (CNM), the controversial tax on streaming musical is currently not planned. At 1.5%, this one, supposed to financially help the CNM, indebted because of the Covid-19, strongly cringes among the rappers since this summer.

And for good reason. These, much listened to on platforms like Deezer, Apple Music or even Spotify (87% of rap albums are consumed there according to SNEP, the national union for phonographic publishing), would see their income decrease if such a contribution were to see the light of day. Moreover, the rap worldwhich would then be the leading contributor to this tax, is only very poorly represented within the public establishment launched in 2020 under the supervision of the Ministry of Culture, and responsible for supporting music professionals.

” It is not a question of financing the CNM, which is in no way threatenednuance at first Jean-Philippe Thiellay. But missions of diversity, ecological transition, innovation, international development and gender equality. On these missions, there is not, as in the performing arts, a system where the downstream finances the upstream, where listening to music contributes to the financinghe adds.

An “anti-rap tax”? A “biased shortcut”

According to him, the “funding” of these missions will become more complex, starting in 2024. “ But this agitation relates to amendments which are not pushed by the government but by opposition deputies (six elected from the Nupes) and which were rejected on Fridayhe says to the Parisian. The Ministry of Culture has not put anything in the Finance Bill 2023, because it is not ready, it is not ripe. »

And with regard to the comments made by certain figures of French rap, including Niska, who recently described this tax as ” anti rap tax ” and of ” racist tax », Jean-Philippe Thiellayn finds the « biased shortcut ” and ” the hurtful accusation “. ” Of the top 10,000 plays, this genre represents a quarter, no more. And to say that the CNM doesn’t like rap is wrong (…) On the contrary, it’s the musical aesthetic that we help the most for the live, the disc, the clips, the credit of tax, and the second that we receive in training… “, he regrets.

Rappers are not the only ones to oppose its implementation. This is also the case of SNEP, which brings together record companies and platforms. ” After fifteen years of record crisis, and while we are going up the slope, it would be a very bad decisionconfides Alexandre Lash, its managing director, in the columns of Parisian.

” We must not break the dynamic of streaming. If we put this tax in place, subscription prices are likely to increase and drive consumers away. “, he continues. As a potential solution, he puts forward the idea of ​​a contribution ” on the manufacture and sale of audio equipment “, or a development of the TSV, tax on video services.

An “anti-rap tax” is not planned (for the moment), assures the National Music Center