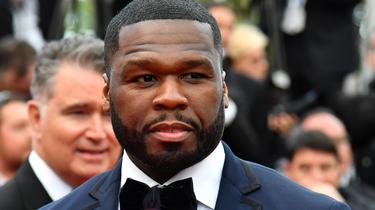 In need of attention from his father, Marquise, the eldest son of 50 Cent, offered to pay the rapper, whom he has not seen for many years, 6,700 dollars to spend a day with him .

Can affection be bought? Marquise, the eldest son of rapper 50 Cent, offers his father the sum of 6,700 dollars for a one-on-one day with him. The sum was not chosen at random, since it is the one that the rapper pays monthly for alimony. The young man made this proposal after he received criticism about the amount he receives each month from his illustrious parent.

To mark her disapproval, Marquise posted a message on Instagram on Monday: “Since you all think that $6,700 is a lot of money, someone tell my dad that I will pay him $6,700 for just 24 hours. of his time so we can do all the things I always wanted to do with him as a kid,” he wrote.

Last week, Marquise spoke to rapper Choke No Joke about her strained relationship with her father, saying the amount he 50 Cent had paid to his mother was insufficient.

In a clip shared to Instagram, he said, “$6,700 a month in… New York, you do the math. You’re talking about a person on the Forbes list (…) you can’t live in just any neighborhood, $81,000 is not a substantial amount of money. You can’t live just anywhere”.

The message was sent with a snap of Marquise posing next to the word “Entitled” written with dollar bills, a nod (more like a spade) to the rapper’s famous provocative message, in which he made even in 2015 with the word “Broke(“Broken”).

Marquise’s post apparently didn’t go unnoticed, as 50 Cent – whose real name is Curtis Jackson – posted a video to his Instagram. This is an excerpt from his “Power” series. We see his character, Kanan, killing his own son … “No caption necessary”, he simply wrote in the comments.

This isn’t the first time 50 Cent and Marquise have exchanged a series of harsh words in the public eye.

“It’s sad, it’s very sad as a situation. When you pray for success, you don’t necessarily pray for the things that go with it. There is no success without jealousy and envy. I didn’t think success would cost me my oldest son, but that’s the way it is,” the Grammy-winning rapper said in 2020.

Marquise was born on October 13, 1997 to 50 Cent and Shaniqua Tompkins. In 2008, they separated when their child was 11 years old. Marquise was at the center of a long custody battle from then on. In the end, 50 Cent got to see his son one weekend a month.

Marquise had explained in an interview for Rap Up that their relationship had become strained as soon as her parents separated. He said: “He wasn’t really there. It kind of diminished over time and certain things happened.”

“When I was little my father was my superhero. He was on television, he did this, he did that, he took me to school. It was like having a father who is Superman, more or less… But then as you get older you start to realize things or you start to see certain patterns and that has an effect on your relationship with people. That’s what happened with me and my dad. He’s still alive but I can’t tell you our last conversation or even the last time we had a dialogue.”

In a 2014 interview on Philly’s Morning Show, 50 Cent claimed his son had “embraced his mother’s point of view,” which led to the breakdown of their father-son relationship.

“You don’t have a relationship with your child because you chose not to have one, you want to bully him, threaten him and talk about his mother in a derogatory way,” the boy’s mother wrote on Instagram. response to 50 Cent’s comments.

In November 2018, 50 Cent exclaimed on Instagram that he wouldn’t have a “bad day” if his son was hit by a bus. The rapper had posted this comment in response to a photo of Marquise hanging out with longtime rival Kenneth “Supreme” McGriff. Investigators had suspected McGriff (currently in life in prison for another crime) of involvement in the plot to kill 50 Cent in a shooting in 2000.