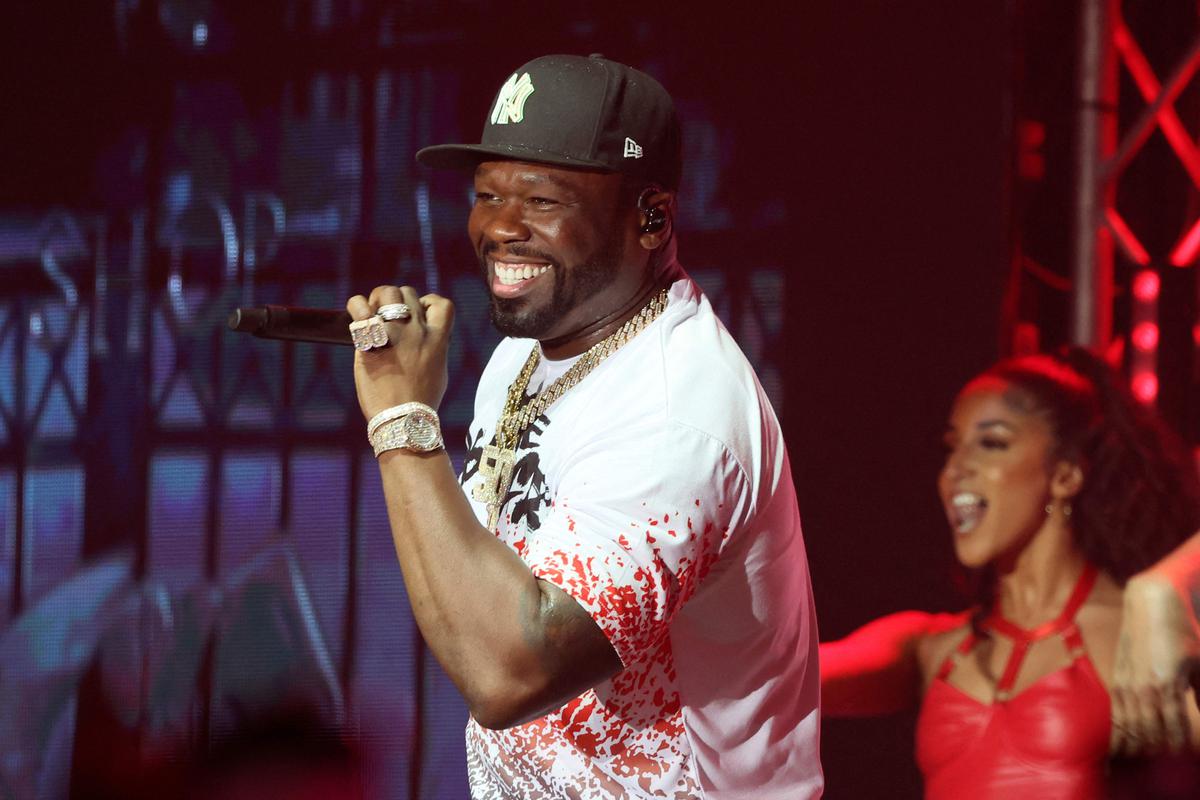 Last June, the singer brought together…

Last June, the singer gathered 25,000 fans in Paris. This October 14, he performs at the Arkena Arena in Floirac, near Bordeaux. No doubt he will sing hits from his first album, “Get Rich or Die Tryin” (translate “Get Rich or Die”). More than a title, a lifeline. 50 Cent embodies the American dream. He’s a businessman.

Rapetou du rap has an insatiable thirst for success. A millionaire, he made ends meet with a clothing brand, G-Unit Clothing; praised the virtues of an energy drink, Vitaminwater; then became interested in the lucrative spirits business in the United States (a market of 35.8 billion dollars in 2021, according to Discus Academy). 50 Cent first took an interest in Effen vodka then sold his shares, preferring to invest in the favorite drink of rappers: yak, understand cognac!

After the concert on Friday in Gironde, will 50 Cent make a detour to the Charente vineyards? There are interests. It is here that he has his brand of cognac blended and bottled, bransoncreated in 2019 and distributed in the USA by Sir Spirits. The affair, without being confidential, does not have the scope and the success of D’Ussé, the cognac designed in 2012 by rapper Jay-Z, the Otard house and the Bacardi group. In his commercial adventure, 50 Cent does not have the support of a large multinational. His activities as a small trader are however very real…

Twice, the journalists of “Sud Ouest” crossed paths with 50 Cent in Charente. The artist was charming, not disdaining to pose for the photo, but refusing to make any statement. In May 2017, he was received at the Tessendier distillery in Cognac. He was having lunch at La Courtine, without signing a contract. In September 2019, he was eating at La Ribaudièrea Michelin star in Bourg-Charente, then went about his business, detailed a few days later on video, on social networks.

We learned in particular that Branson got his supplies from a small house in Grande Champagne with a good reputation, Raymond-Ragnaud. According to our information, these contractual relationships are no longer really relevant.

The rapper has other worries: in August 2021, the house Remy Martinthe third economic player in the sector, accused the company Sire Spirits and the Branson brand of having plagiarized the shapes of his “Diamond Centaur” XO decanter, designed by designer Sébastien Servaire. The file is still the subject of a war of lawyers across the Atlantic.