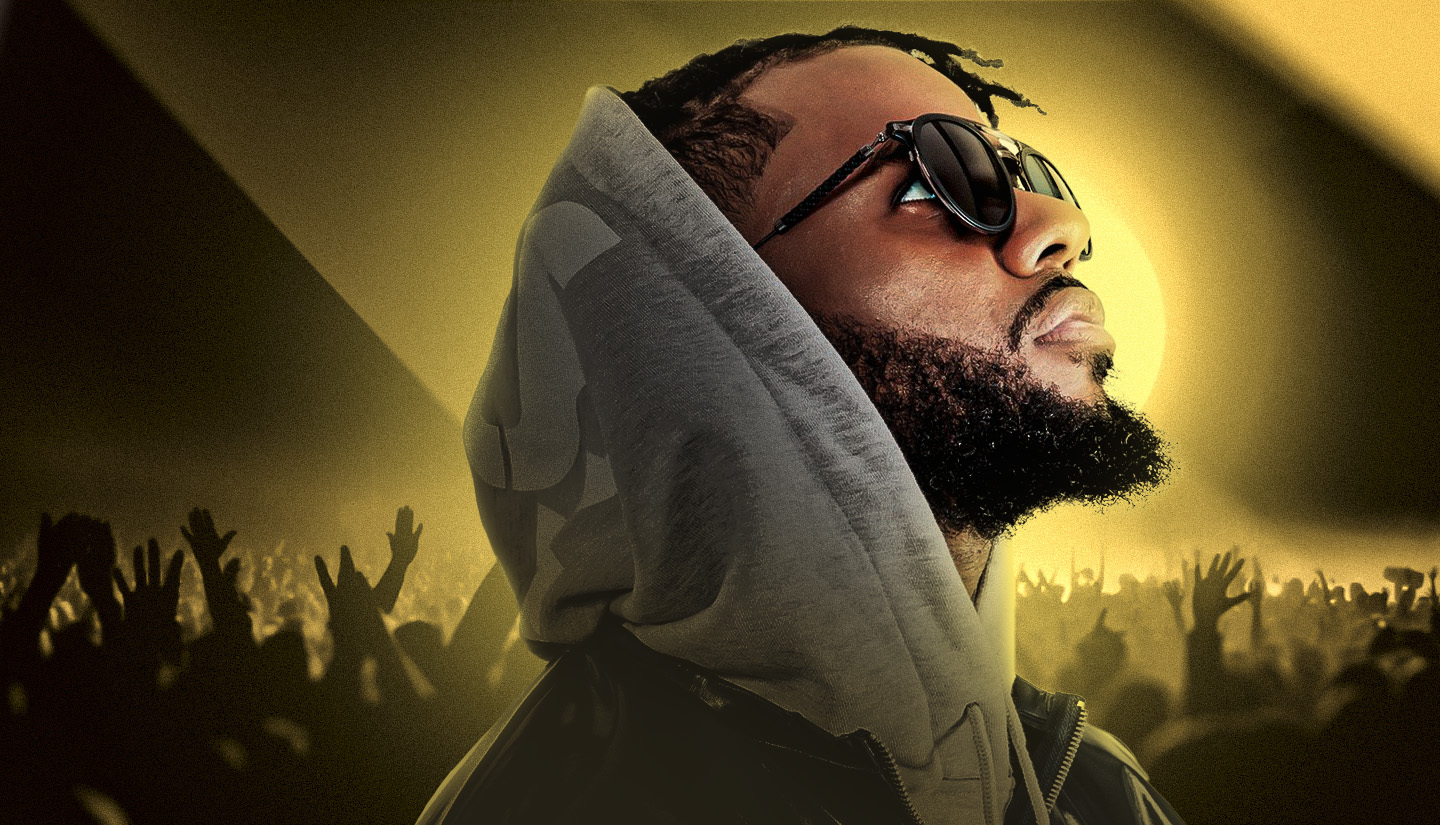 If the rumor of the end of Lefa’s career was ultimately unfounded, it’s time to remember how essential the former member of Sexion d’Assaut is to French rap.

On January 12, an earthquake hit the hip-hop planet with full force. Lefa had purely and simply disappeared from social networks without leaving the slightest trace. Neither one nor two, the news spread like wildfire and the specialized media relayed the news one by one: The former kicker of the Sexion d’Assaut would have decided to stop his career for a priori reasons nuns. Hmm… Lefa retired? Truly ?

Rest assured, light was quickly shed on this affair. Seeing that communication was slipping away from him, the artist’s team and more specifically his manager Aly extinguished the fire at Générations, saying that no, Lefa did not intend to stop his musical career. He simply decided to take a well-deserved break to “take a step back and take care of your family”. So false alarm.

Nevertheless, this surge of panic from the public and the rapological press revealed one thing: it reminded us bitterly that it is only when we lose something or someone or when we are about to losing that one realizes its true value. However, if that of Lefa in French rap is definitely no longer to be proven as he marked discipline with a hot iron, the time has come to remember why. Here are five reasons for which Abdel Karim Fall is a big name in French rap and will remain so forever.

Despite the wet firecracker of a Return of the Kings finally canceled, it is necessary to give back to the Sexion what belongs to the Sexion. The Parisian collective remains one of the most emblematic rap groups of the 2010s. It’s very simple, their first album in the mainstream era, The school vital points totally opened the doors of rap to a whole generation. Ask any current artist, both guys in place for a few years and those who are emerging, it’s a safe bet that he will answer you that Sexion D’Assault influenced him when it was at its peak. .

And in this team of born kickers who have become giants of the industry, Lefa is still today almost unanimously recognized as the most technical MC of his crew. Quite a feat given the general level of the team. After a whirlwind musical adventure in a group, Gims and Black M were the first to achieve solo success. Nevertheless, the solitary career of Lefa has in no way to be ashamed of those of its partners. Quite the contrary.

He is an example of productivity

When he returned to the game in 2015, the hype around Sexion started to die down. It doesn’t matter, he’ll choose the show Planet Rap to come back strong solo. At the microphone of Skyrock, he will interpret Introthe opening track of his future solo album Mr Fall, the real name of Lefa. A dark and kicking piece that comes to set the record straight and remind that the Franco-Senegalese rapper is not there to do figuration.

But what his audience didn’t know in 2015 was that that first strike was just the beginning. After obtaining a gold record for his first album, Lefa chained releases uninterruptedly with no less than one album per year. There have been Visionary (2017), 3 a.m. (2018), FAME (2019), famous (2020), DMNR (2021) and finally Minesweeper, the latest in 2022. All that of course is without counting the slew of EPs and the few mixtapes delivered between two cakes. We think in particular of the two projects Pin code and Fall Season unveiled in 2021. In short, a productive solo career that inevitably commands respect.

One of the most technical MCs in the game

Among the fans of Sexion d’Assaut, there are two schools: the faithful of the first hour who discovered the group in 2006 in the era of freestyles and kicking with the mixtape Middle earth and street albums, but above all the second generation of fans, those who joined the hype train during the collective’s golden age between The school vital points and the apogee.

Well, during his solo career, Lefa perfectly knew how to merge these two eras, adapting to trends most of the time, but without denying his roots as one of the most respected technical rappers in the game. Same thing forr his flows which always oscillate between angry kickage, melodious impulses and catchy refrains.

In either case, his texts are distinguished by the marked use of assonances and cross-rhymes. Add to that a hint of imagery and metaphor in his punchlines and you will get the cocktail of what makes the art of Lefa. A figurative, technical and chiadé rap, but whose scope is always intended to be universalin particular thanks to the skilful use of themes centered on society and everyday life.

He shone brightly as an independent

When Lefa releases his second album Visionary, the success is unfortunately not at the rendezvous. The magic is slowly fading, but his third album 3 a.m. will return to golden certification, in particular thanks to the commercial power of tubes such as Potentialin duet with Orelsan, Paradisea collaboration with Lomepal which will also give him his first platinum single and I teleport with Dadju and S.Pri Noir. Phew. He will take advantage of the end of his contract with Wati-B to relaunch in indie. And what a boost friends!

It all starts with the creation of his own label 2L Music. It is on this that he will release his fourth album. FAME and its reissue FAMOUS which still remain today the biggest commercial successes of his career. It’s very simple, this album crystallizes all the meaning of Lefa’s formula by combining ultra-efficient tubes, flawless technicality with brilliant handling of words and flows. A solo climax that won him not only a diamond single for his duet with Vald, Bitchbut also a magnificent first platinum album certified since February 24, 2022.

His last album, Minesweeperis his most successful project

In the musical media and particularly when we talk about rap, there is this journalistic cliché seen, reviewed and used in all sauces which speaks “ maturity album “. Even though we like to make fun of this term “ tote », it is clear that he perfectly qualifies Lefa’s latest works.

A little context: in April 2021, he released DMNR, the first part of a two-sided project more focused on the outside world, its inconsistencies and its disappointments towards humanity. Almost a year later, last March, he joined with Minesweeper, a second part this time focused on introspection. In the grip of a hard-earned wisdom throughout his career, he washes away all his sins, admits his weaknesses, his flaws, his errors and his errors of judgment. In other words, always with as much technique and a keen sense of melody, Lefa has finally decided to be 100% himself: a complete and definitely fulfilled artist.

Deep questioning and self-awareness being the most trying and difficult intellectual efforts for Man to provide, it is easy to understand why Lefa, his duty towards him and his audience now accomplished, decided to take a step back. to relax with his family. After all he gave, the warrior deserved a little rest, don’t you think? Especially since his fans know it: it’s only a goodbye, just like this isn’t the first time the rapper has stepped away from the spotlight to make a better comeback.

Remember, after the stunning success of the album the apogee of the Sexion d’Assaut, he had suddenly withdrawn from the game between 2012 and 2015 for personal reasons. Once back, he finally explained the reasons for his withdrawal in his piece 20 years and it is thanks to repeated calls from his many supporters who constantly demanded his return to business that he could not bring himself to give up his passion for rap. How different would things be this time around? After all, he himself knows it well: if he leaves for good and bows out, French rap will no longer be the same.


Visit our social media profiles as well as other pages related to themhttps://kjovi.com/related-pages/